Man attacked by dolphin near Gracetown

A stand-up paddle boarder got a shocking surprise when he was pushed off his board by a dolphin in Gracetown, West Australia.

Andrew, 54, saw the dolphins swimming in a wave herding fish.

He paddled toward them on his paddle board when one jumped and knocked him off his board and into the water.

The ordeal was caught on camera and the dolphin can be seen turning it’s back on Andrew before knocking him off his board.

‘One of them for some reason decided to jump out of the water and took me out quite well,’ Andrew told 7News.

‘Hats off to him, he connected with me really well.’ 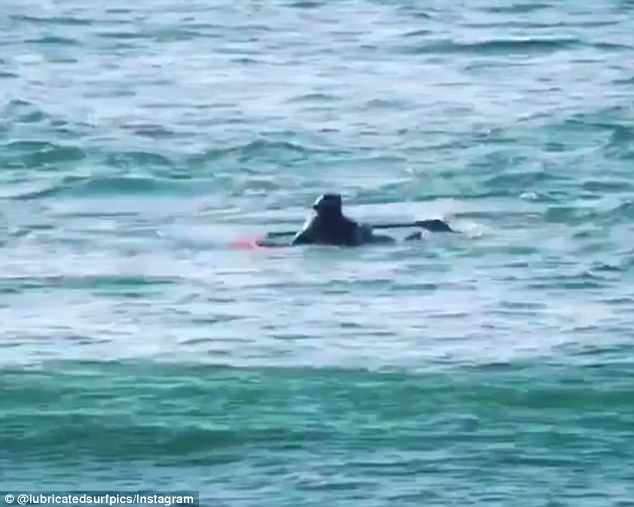