A property millionaire on trial for sharing footage of his friends burning a Grenfell Tower effigy on a bonfire should have known the video would ‘go viral’ when he shared it with 20 friends on WhatsApp, prosecutors say.

Footage of the cardboard model being burnt at a bonfire party sparked anger when it was posted online in November last year.

Paul Bussetti, 47, denies two charges of sending grossly offensive material via a public communications network, insisting he only shared it in two closed groups of friends.

But prosecutor Philip Stott argued that when Bussetti sent the video to WhatsApp, it was a ‘natural and foreseeable’ event that it would go on to spread further and ‘go viral’.

Paul Bussetti is accused of sending grossly offensive material after the footage of the Grenfell Tower effigy went online in November last year. He denies the charges saying it was a joke

Magistrates in Westminster were today shown the footage of the group laughing and jeering as the cardboard model went up in flames at a party in South Norwood, south London.

One man could be heard to say: ‘Look at the little ninja caught in the fire’, referring to a woman in a hijab on the model.

Bussetti shared his video of the event with friends in two group WhatsApp, where only 20 people could see it, before an unknown person loaded it onto Youtube, where it was publicly visible, the court heard.

Bussetti argues that he could not have known that the video would become public.

His lawyer Mark Summers QC said: ‘The defendant posts this video onto WhatsApp, some third person, we don’t know who, and because they are a human being we presume they are acting voluntarily, uploaded that video to the internet.

‘There is no suggestion in this case, and neither could there be, that the defendant was acting in concert with that person.

‘The Crown don’t know who that was, but the crown accept that it was the action of a third person.

‘Unless the Crown propose to lead evidence that the defendant was acting in concert with that person, then the legal cause can’t have been by the defendant.’ 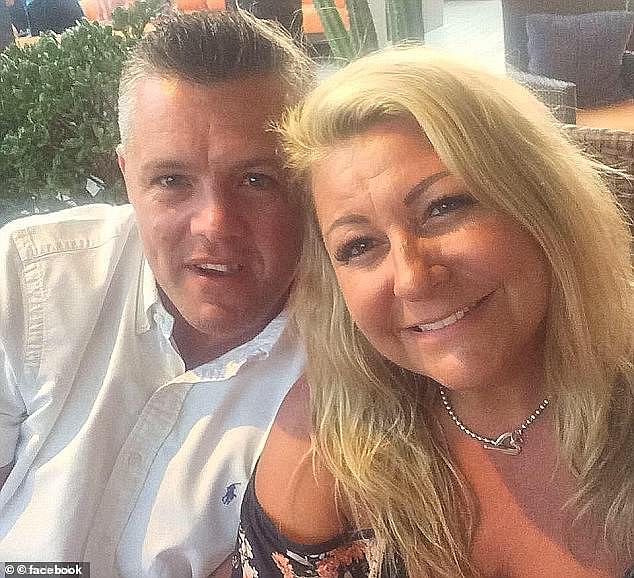 Bussetti, pictured with his wife Gemma, says he could not have known the video would go viral 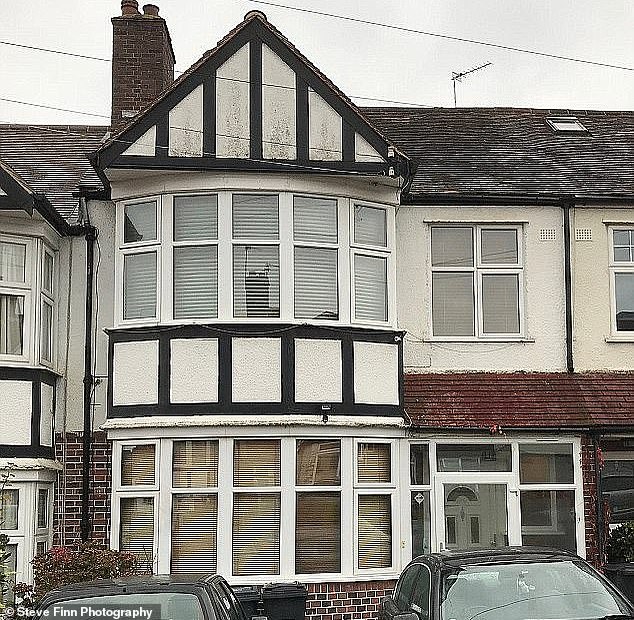 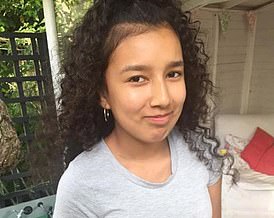 Sandra Ruiz said in a statement: ‘I could not believe what I was seeing in the video. I had never really experienced anything like this before.

‘It felt like the hate was being directed personally at me, as part of the Grenfell community.’

Ms Ruiz quoted a sickening comment from one unknown bonfire party-goer who said: ‘That is what happens when you don’t pay your rent.’

She said: ‘I found this comment revolting. Jessica was told repeatedly to stay in the tower and the video made a mockery of her death.

‘Knowing that my niece was in there and that her fate was unknown for a long time will stay with me forever.

‘They clearly spent a lot of time on the model, making it all the more malicious.’

She added: ‘I have always considered myself to be British. To see myself being targeted was traumatising.

‘It was one of the lowest days since the actual fire. I can’t comprehend how those who made the tower thought it was funny.’

The court was told Bussetti attended the bonfire party on the evening of November 3 last year with a friend.

Prosecutor Mr Stott said: ‘There was a number of people there. They had brought different effigies to be burned on the bonfire.

‘At some point another attendee brought out an effigy they had made. Which was a relatively large model of Grenfell, Grenfell was written on it, it had cardboard cut out figures on it.’

He said: ‘The effigy was placed on the fire and set alight. The defendant has admitted taking a video of it.’

After police launched an investigation, Bussetti handed himself in and was interviewed.

By the time he went to the police, Bussetti had deleted the video from his phone, but it could be seen on another group member’s phone that he had sent it to the groups.

Asked by police why he filmed it, Bussetti replied: ‘No idea, it was just one of those stupid moments.’

Bussetti said he had not intended the video to go viral and that it did not support any agenda.

He said: ‘Not going to blame it on the drink, I don’t know why I done it but I didn’t think they would broadcast it.

‘It was just stupidness really, everyone had a drink but, yeah, it was just complete stupidness.’

Asked what he thought a Grenfell survivor would think of the video, he said: ‘Terrified’.

Bussetti, who reportedly owns an £8million block of flats in Clapham, denies the charges. He was one of six people arrested after the clip went viral on social media but the only one to face charges.

The Grenfell Tower blaze at the block of flats in west London on June 14, 2017, killed 72 people.