It was a breakfast of champions for one Denver man, who built the world’s tallest stack of waffles in his own backyard.

Thanks to his 67-centimeter waffle tower, Spencer McCullough is now a Guinness World Record holder.

And the 23-year-old did it all with the help of 50 pounds of waffle mix, two waffle irons, and a devoted best friend who flew up from Texas just for the occasion.

Spencer McCullough now holds the Guinness World Record holder for tallest waffle stack, which he built in his Denver backyard on Saturday 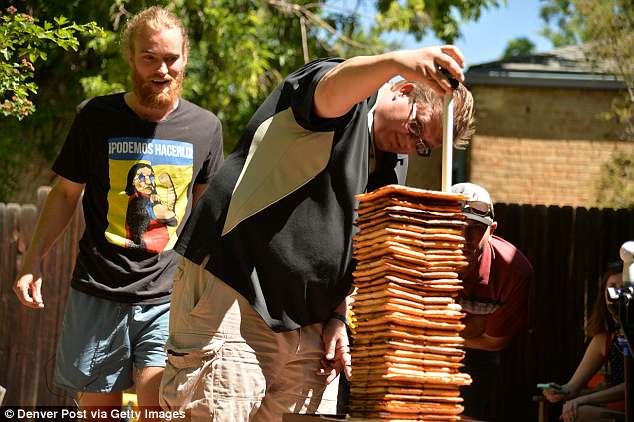 McCullough wants to help small businesses break world records, but first he needed to break his own.

After debating between mattress stacking or dressing people to look like Albert Einstein, he settled on waffles.

McCullough and his friend Steve Garguilo got to work on Saturday, spending hours mixing and pouring batter to make the waffles.

After getting cooked, each waffle would then be thrown into the broiler so that they would harden and become easier to stack.

Gargulio couldn’t hold back his excitement when McCullough first asked him to be a part of the historical day, he told the Denver Post. 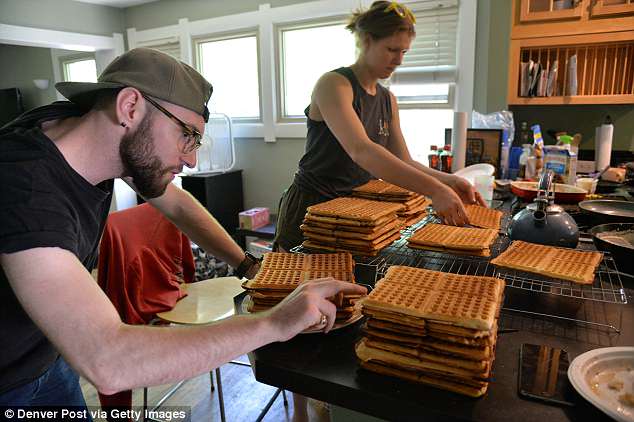 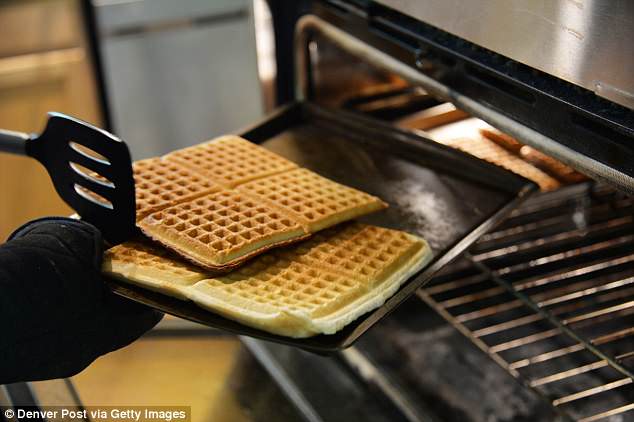 After getting cooked, each waffle would then be thrown into the broiler so that they could harden and become easier to stack

McCullough had sent his college friend a text asking if he wanted to help make a record-breaking waffle tower. Gargulio didn’t hesitate to say yes.

‘I said, the next time you send me a text like this, don’t phrase it as a question,’ Gargulio recalled.

‘Phrase it as a statement. Say, “I’m setting a record stacking waffles and you’re coming.”‘

And those who had come to watch the waffle stacking were just as excited. Some were even total strangers.

That included Jennifer Laplant and Tyler Keigan, who came to the event after seeing a post about it on Facebook. 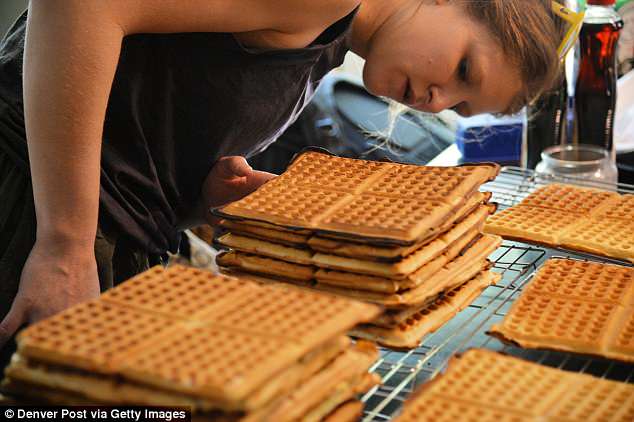 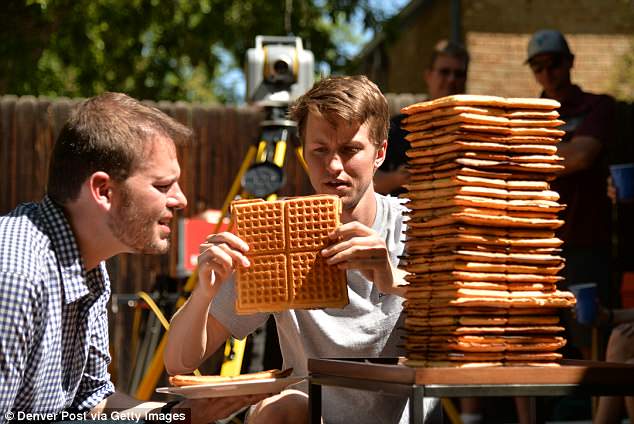 To be eligible for the record, the tower had to be measured by a land surveyor, whose 3D laser scanner can be seen in the background here

They happily ate pancakes with the group and watched in anticipation as the stacking commenced.

To be eligible for the record, the tower had to be measured by a land surveyor – and Dustin Hoaglin was happy to oblige.

Hoaglin lugged his 3D laser scanner to the event, relishing the opportunity to get out of a house full of relatives for his son’s graduation.

‘My wife kept asking me where I was going, and I said I was going to work,’ he said.

McCullough called Hoaglin a ‘true hero’, saying many other land surveyors he called just laughed and said they had ‘real work’ to do. 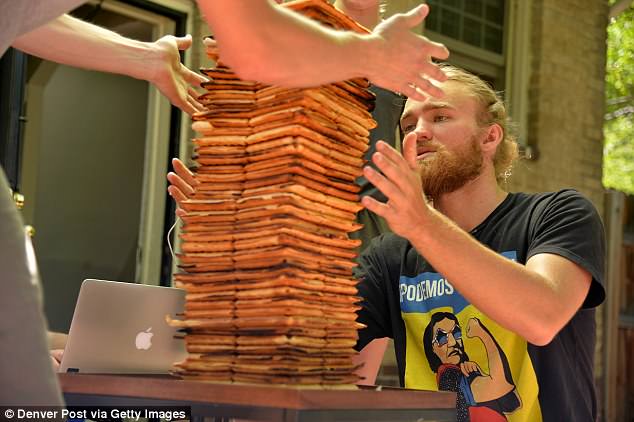 Building the tower was work in itself, the kind that made many guests nervous as the waffles began to wobble 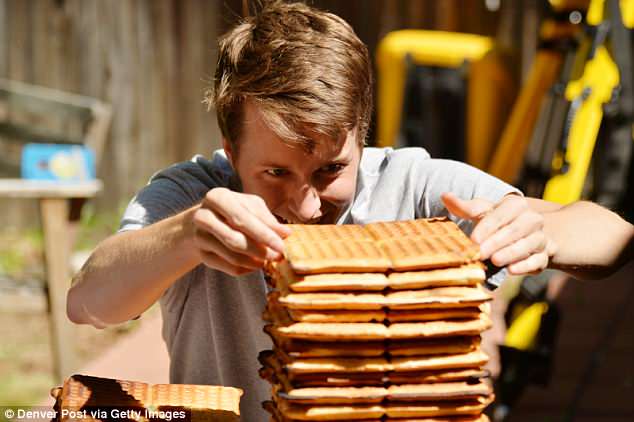 But after putting an umbrella over the tower to protect it from the sun, McCullough was able to stack the waffles until he ran out

But building the tower was work in itself, the kind that made many guests nervous as the waffles began to wobble.

‘My heart has been racing since waffle one,’ Laplante said. ‘I want that written on my tombstone.’

McCullough stacked until they ran out of waffles, far surpassing the previous record of 51 centimeters.

With documentation from a laser scanner and a measuring tape, McCullough is feeling confident he will get official recognition within a few weeks.

‘I’m most excited that everyone got what they came for,’ he said. ‘I feel like I delivered.’