Thomas Cooke, from Liverpool, claims he has received death threats from people over the collapse of the travel giant

A man called Thomas Cooke claims he has received death threats from people after the collapse of the travel giant.

The father-of-one said numerous people have mistaken his social media account for that of Thomas Cook, even through he has an extra ‘e’ on his surname.

Thomas, from Liverpool said he has been called a ‘c***’ by people who blame him for ruining their holiday.

He posted a Facebook status and explaining how people have sent ‘threatening messages’ and abuse because of his name association to Thomas Cook.

It shows that Thomas received a message saying: ‘C*** ruined my kids holidays.’

He complained on social media: ‘Getting p****d off now. People sending me threatening messages and abusing me because of Thomas Cook. 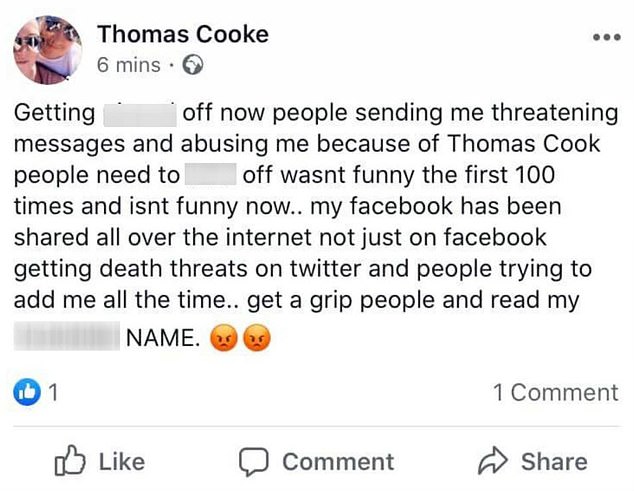 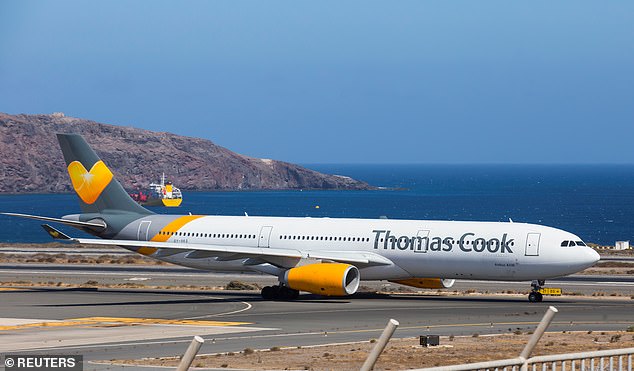 Thomas Cook collapsed in the early hours of Monday morning, leaving 22,000 jobs at risk worldwide, 9,000 of which in the UK (file image)

‘My Facebook has been shared all over the internet. Not just Facebook, getting death threats on Twitter and people trying to add me all the time.

Twitter users appeared to have little empathy for Thomas’s situation. 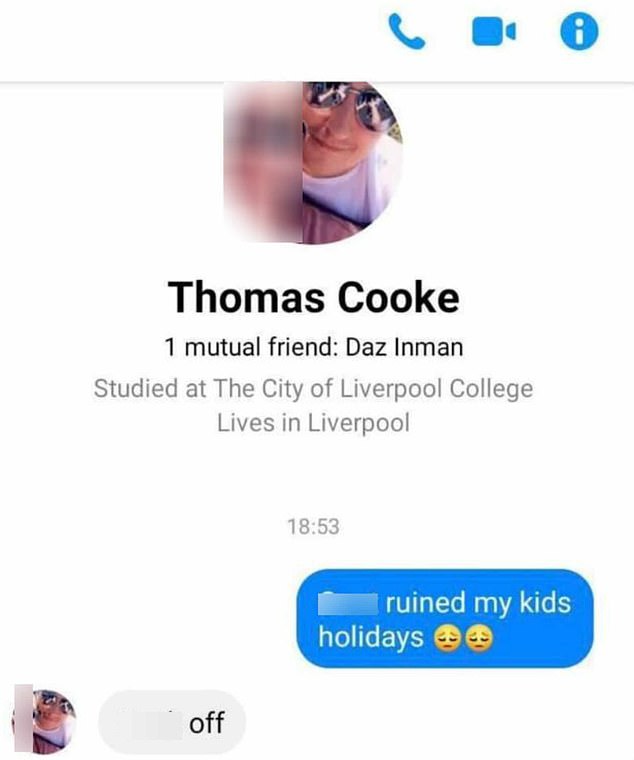 Thomas said: ‘It has gotten to the point where I have had to change my name, profile pictures and somehow people have even got my mobile and have been receiving calls today as well.

‘It is very annoying and worrying as I have lots of pictures of my son and girlfriend on my page, they have even been doing it on Twitter and Instagram.

‘At the moment what annoys me the most is they have started sharing pictures of me and my son that’s not on that, I am fuming.’

Thomas Cook collapsed in the early hours of Monday morning, leaving 22,000 jobs at risk worldwide, 9,000 of which in the UK.

After trading for 178 years, Thomas Cook was one of the world’s oldest and largest travel companies since being established in 1841.