Man charged after allegedly stealing an ambulance stretcher from paramedics in Sydney, Australia

A man has been charged after he allegedly took a motorised ambulance stretcher for a joyride after stealing it from paramedics in Sydney’s Central Business District.

Paramedics had unloaded the $40,000 stretcher as they prepared to help an intoxicated person on George Street at 1am on Saturday.

When they realised the premises had stairs, they left the stretcher outside and continued to the patient.

A man has been charged for allegedly stealing an ambulance stretcher in Sydney’s Central Business District. CCTV footage (pictured) shows one man enjoying the ride while the other guy pushed the stretcher.

But when they returned, it was nowhere to be seen and the officers called police.

CCTV footage shows one man was pushing the stretcher, and the other kneeing down enjoying the ride.

‘It was pouring down and one guy lay on the gurney, another guy then pushed it along, raced past,’ Martin Jones from St John’s Ambulance told the Nine Network. 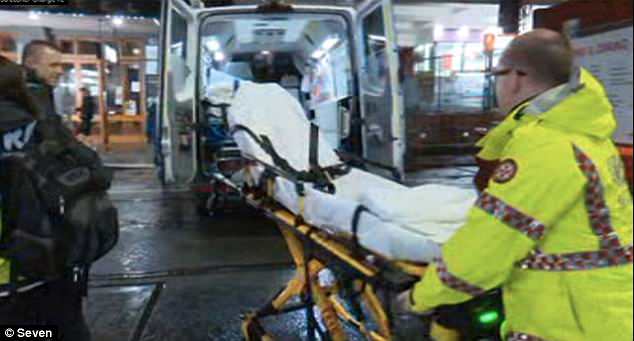 Paramedics (pictured) had unloaded the $40,000 stretcher as they prepared to help an intoxicated person on the corner on George Street at 1am on Saturday

Not long after, a witness told local detectives they saw two men ‘riding on a motorised stretcher on George Street’, according to NSW Police.

The stretcher was found several blocks away and a 22-year-old man was arrested.

He was charged with stealing, granted conditional bail and is expected to appear at Sydney’s Downing Centre Local Court on May 16.

Police are still searching for the second man. 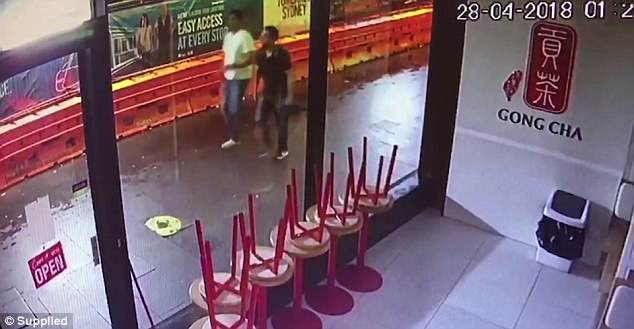 The stretcher was found several blocks away and a 22-year-old man was arrested. Police are still searching for the second man