A Tennessee man has been indicted for child rape after he detailed the crimes online while trying to expose the US presidential election.

Brian Gann, 30, was arraigned in Roane County court on Monday on six counts of child rape, three counts of harassment, one count of aggravated stalking and three counts of retaliation for past action.

Gan wrote several posts on Facebook while attempting to draw the attention of authorities so he could reveal how the 2016 election was allegedly hacked.

Police became aware of him on October 11.

Brian Gann, 30, was charged with child rape this week after he admitted to the act in a Facebook post in October 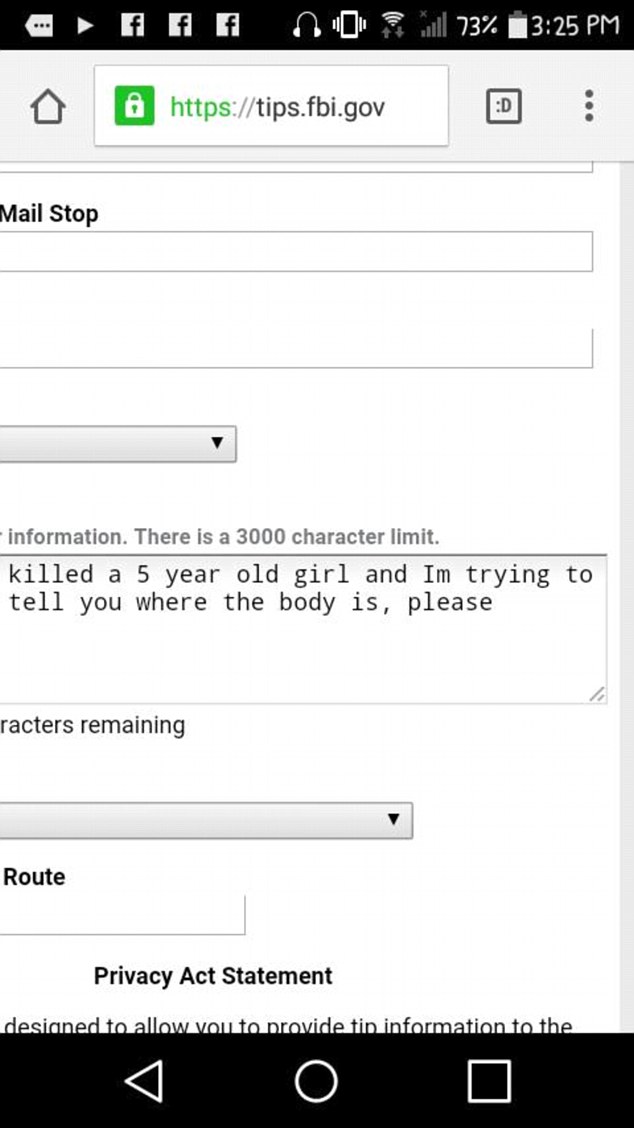 Gann also claimed to the FBI that he murdered a five-year-old girl, but authorities don’t believe there is any truth to the statement. The photo above was posted with the cut-off on the left originally

In one of the posts, which was a screen shot of a message to the FBI, Gann claimed he had ‘killed a 5-year-old girl and I’m trying to tell you where the body is’.

In another message to the U.S. Department of Justice, Gan says ‘I raped a 5 year old girl and can’t get the cops to come get me,, I feel awful can you help me turn myself in?’.

According to his arrest warrant, Gann told police ‘he made up all of the information about the five year old girl to get the attention of law enforcement for the purpose of exposing the false presidential election’.

Authorities looked into the murder claim and determined that it wasn’t credible but when they investigated the child rape claim, Roane County Sheriff Jack Stockson said ‘there was some truth to what he’d been saying’.

‘He started listing the victims’ names…We started looking these people up, interviewing them and spending time. They were willing to help us prosecute.’ he said. 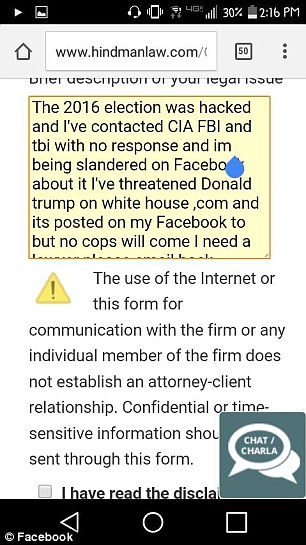 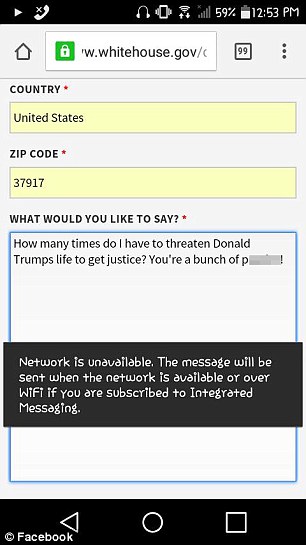 Gann was already in jail in Knoxville when Roane County officials had enough evidence to charge him.

He was brought to Roane County, where he used to live, on Monday and was charged with raping a child under the age of 13 six times between January 2006 and April 2007.

In a separate indictment, he was also accused of stalking and threatening an assistant district attorney general and magistrate assigned to his child support case. 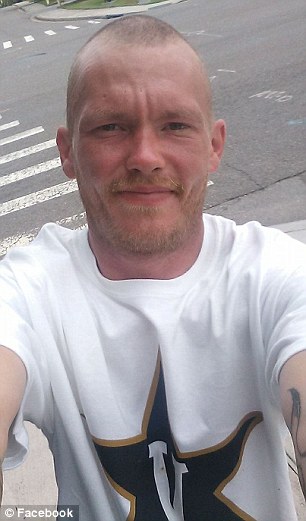 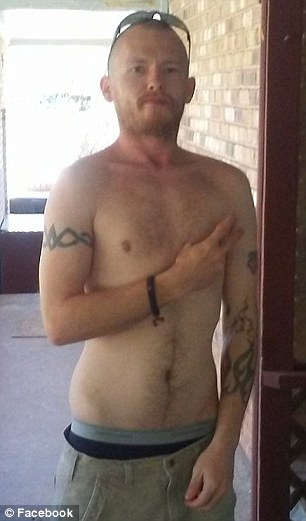 Cops looked into the claim of child rape and discovered that there was some truth to the claim. Gann pictured left and right