A man who has been charged in relation to the 1988 gay hate murder of a math genius allegedly ‘pushed him off a cliff’ while he was in the process of undressing.

Scott Phillip White was arrested on Tuesday morning and charged with killing Scott Johnson, a 27-year-old PhD student who moved from California to Australia to study.

Mr Johnson’s naked body was found at the base of cliffs at Blue Fish Point, near Manly’s north head on Sydney’s northern beaches, on December 10, 1988.

Police stormed White’s home in Lane Cove on Tuesday following an extensive police operation supported by Mr Johnson’s brother back home in the US.

Detective Chief Inspector Peter Yeomans on Wednesday said White was not shocked when police arrived to arrest him.

He said officers were ‘absolutely’ treating it as a gay hate crime.

An inquest in 1989 found the 27-year-old math genius and PhD student took his own life, while a second inquest in June 2012 was left open. The third inquest found Mr Johnson fell from the cliff ‘as a result of actual or threatened violence’

Police will allege a then 18-year-old White met Mr Johnson at a hotel in Manly before heading to what was a popular spot for gay men to meet for casual sex at the time.

It is alleged they walked 15-20 minutes from the centre of Manly through a steep dirt track past shrubs, bushes and a wall that shields the site from passersby, the ABC reported.

As Mr Johnson began removing his clothing, Mr White allegedly panicked and punched him, which forced the mathematician to lose his balance and fall from the cliff.

Mr Johnson, a ‘brilliant mathematician’ with a ‘bright future in Australia and the United States, who had everything to live for’.

He moved to Australia in 1986 with his partner, Michael Noone. They’d previously studied at Cambridge in the UK, and had been together more than four years when Mr Johnson died.

After two coronial inquests into his death – the first of which determined he died by suicide and the second returned inconclusive results – Mr Noone offered an insight into their relationship. 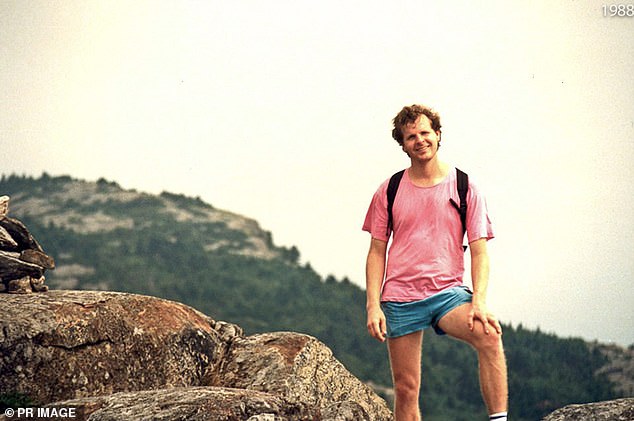 The naked body of Mr Johnson (pictured) was found at the base of a cliff at Blue Fish Point near Manly’s North Head, on December 10, 1988. It was initially ruled a likely suicide, but this week NSW Police charged Scott Phillip White with his murder

Mr Noone told a third inquest Mr Johnson had previously attempted to take his own life during a visit to the US.

He sent his then partner a letter expressing guilt for sleeping with other men during their relationship, and suggested he wanted to end his life following the mistake.

Mr Noone told the court: ‘This was the period of HIV and AIDS. There was enormous pressure, health pressure and survival pressure to remain in monogamous relationships.’

Five days before he disappeared, Mr Johnson hosted a 27th birthday and reportedly told the nurse while in the backyard swimming pool he’d twice contemplated suicide.

‘The plight of young gay men in Sydney, probably around the world, was a very difficult one and not only were they let down by police, I think they were let down by the community and probably the media.’ 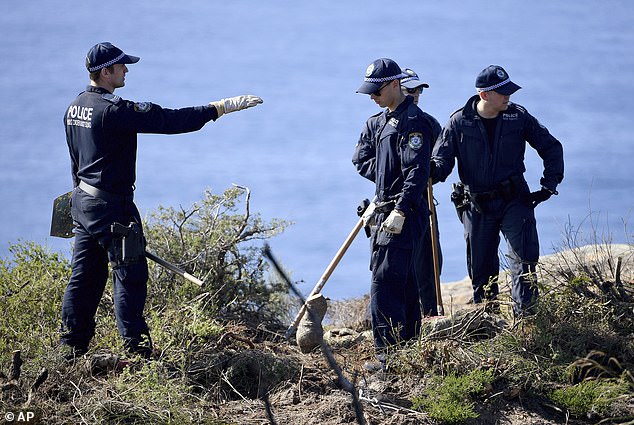 Mr Johnson’s brother, however, was adamant foul play was involved in Mr Johnson’s death, and doubled the official $1million reward for information relating to the incident.

The mystery informant who tipped police off about White could pocket the $2million sum if White is convicted of the crime.

‘There is certainly one witness, on conviction, that would be eligible for part of the reward,’ Commissioner Fuller said.

When asked for his views on why the person had waited until there was a reward to come forward to police, he said: ‘Different things will motivate different people’.

‘From my perspective, I just truly hope that the people sitting out there watching this, or reading it in the papers, who have information – no matter how small it is – have the courage to come forward.

‘Whether it’s over a reward or just their own conscience, please don’t underestimate how one small piece of the puzzle can lead police to solve some of the most terrible crimes.’ 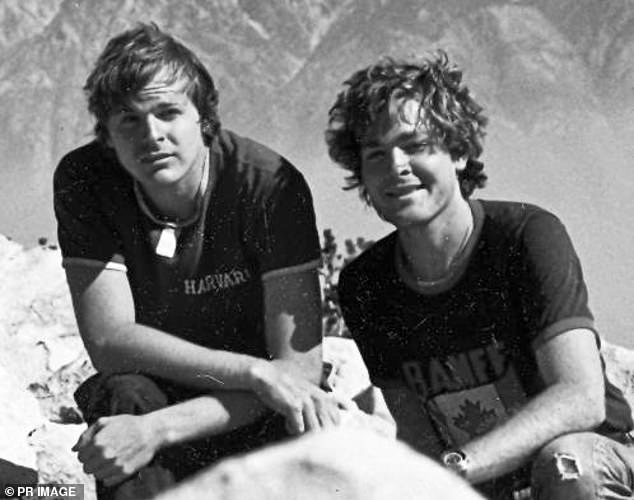 Three inquests were held into the death of Mr Johnson (left), with the third finding it likely he was the victim of a ‘gay hate’ murder. After that inquest NSW Police offered a $1 million reward, which was later upped to $2 million with a personal contribution from his brother Steve (right) 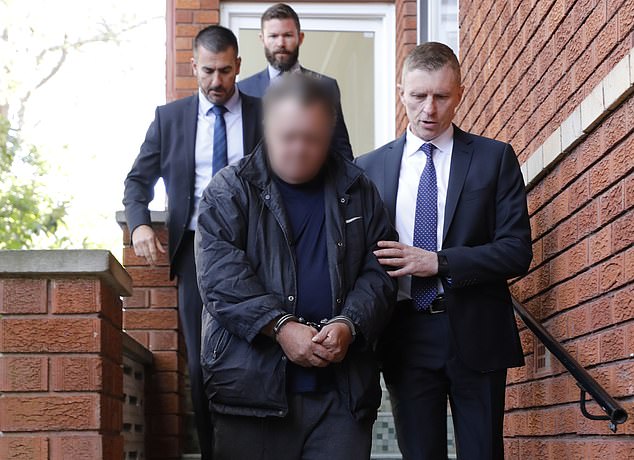 Scott Phillip White (pictured) was arrested on Tuesday and charged with killing Scott Johnson near Manly in 1988. A tip off from the public after a $2 million reward was offered helped NSW Police in their investigation, the state’s police commissioner Mick Fuller said on Wednesday

Mr Johnson’s brother, Steve, said after receiving a call from Commissioner Fuller to be told of White’s arrest, he was very ’emotional’.

‘Emotional for the gay community. For whom, Scott had come to symbolise the many dozens of other gay men who lost their lives in the 1980s and 90s in a world full of anti-gay prejudice and hatred.

He said it was ‘remarkable’ authorities were able to apprehend the alleged killer during the coronavirus pandemic.

The arrest proved ‘times have changed’ and it recognises ‘that all of us deserve equal protection and justice under the law’, he added.

White was refused bail and is due to front Parramatta Local Court on Wednesday. 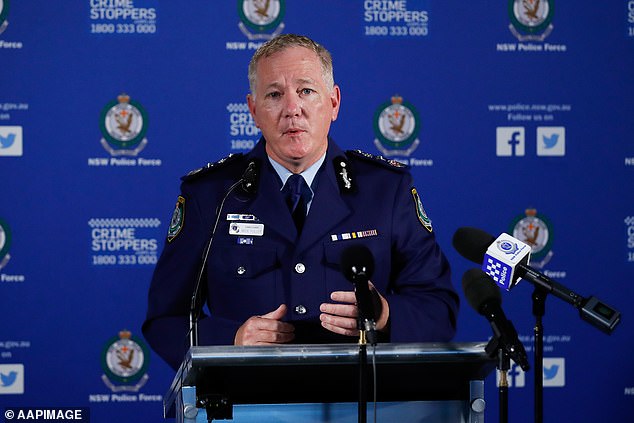 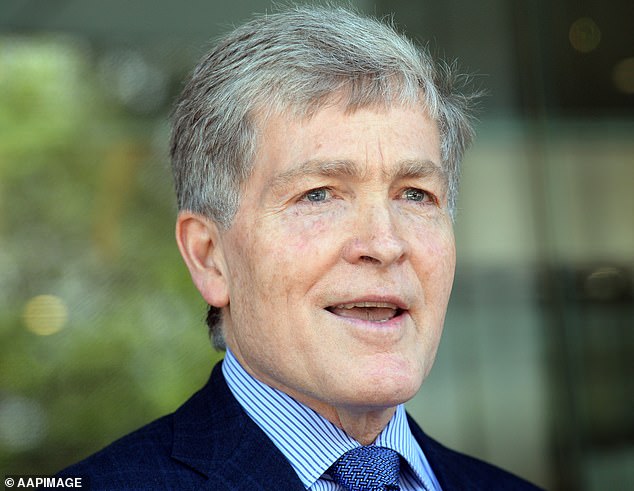 Johnson’s brother Steve said it was ‘a very emotional day’ in a video message shared by police (pictured) Steve Johnson leaves the Glebe Coroners Court after the inquest into the death of Scott Johnson in Sydney on November 30, 2017