Man, 30, is charged with murder after ‘stabbing a homeless man to DEATH during wild knife fight’ outside a KFC in Sydney’s Bondi Junction

A man has been charged with murder after allegedly stabbing a homeless man to death on a busy Sydney street in front of Christmas shoppers.

The 30-year-old got into a fight with Mark Thomas, 60, outside a KFC outlet on Oxford Street near Vernon Street in Bondi Junction after 8pm on Saturday.

At least one of the men produced a weapon and both were allegedly stabbed several times in the ensuing melee.

Police and paramedics tried to revive Mr Thomas with CPR but he bled to death at the scene.

The other man was rushed to St Vincent’s Hospital where he was being treated under police guard.

On Thursday he was charged with murder and refused bail to face Parramatta Bail Court on Friday via videolink from his hospital bed.

Oxford Street runs through the heart of the eastern Sydney suburb’s retail district where hundreds of people were doing last-minute Christmas shopping. 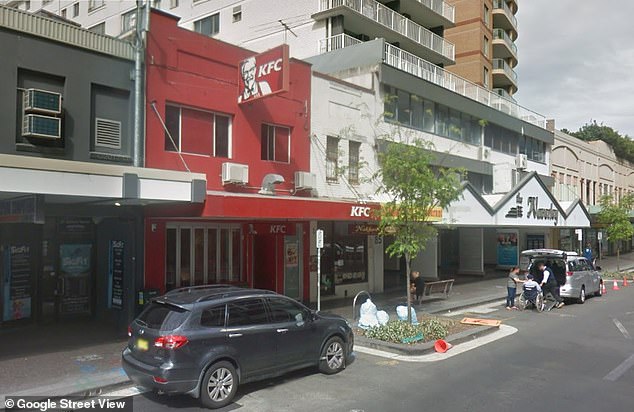