A man has been charged with killing a twin ten-month-old baby three years after the child died.

Karlos Stephens died at Rotorua Hospital in New Zealand in November 2014, and police believed the baby’s ‘severe’ injuries were not accidental.

The case was reopened this month, and a 59-year-old man has since been charged with Karlos’s murder.

Karlos Stephens died at Rotorua Hospital in New Zealand in November 2014, and police believed the baby’s ‘severe’ injuries were not accidental

The man appeared in Rotorua District Court on Friday afternoon and was remanded without plea until October, the New Zealand Herald reported.

His lawyer Louis Te Kani argued successfully for interim name suppression, saying there were ‘issues about his safety’ while citing ’emotive issues about killing a baby’, Stuff reported.

Karlos and his twin brother were living with their extended family when he died, and the caregivers were likely not at home when his injuries were believed to be sustained, according to police.

Mr Pilbrow said the explanation provided by the adults living in the house as to how Karlos suffered his injuries was ‘vague’. 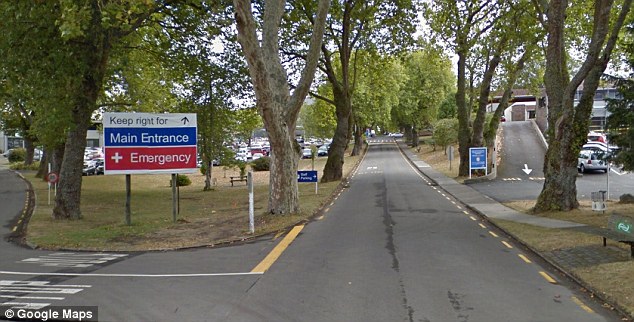 ‘There’s a lack of explanation from a small number of specific people who had care of these young children around the events of the weekend, the night before, and how this young baby could have received these injuries,’ he said.

‘We’ve never been totally happy with the version of events we’ve been given.

‘Baby Karlos isn’t here now to speak for himself.’