Businessman, 49, is charged with voyeurism after ‘sliding a spy camera underneath a $179-a-night Florida hotel room door and filming two naked women, 24 and 27, when he heard they had just got back from the beach’

Robert Privette, 49, is alleged to have slid a spy cam under the door of a room

A South Carolina businessman has been arrested after he allegedly slid a tiny camera under the door of an adjoining room in the Florida hotel where he was staying.

Robert Privette, 49, was staying at the DoubleTree resort in Key West when he is alleged to have heard two women in the room next door returning from the beach.

Privette is then said to have managed to slide a tiny spy camera surreptitiously under the door of the room in order to film the pair, aged 24 and 27, as they undressed after a day on the sands.

One of the women who had just got changed out of her bikini noticed the camera and quickly called the police who then searched Privette’s room before arresting him and charging him with burglary and voyeurism.

Privette is currently free on $30,000 and will be arraigned next week on the felony counts.

In a post-arrest interview as seen by The Smoking Gun, the man is said to have admitted to carrying out such covert surveillance at least ten times in the last year while traveling for business ‘all over the country’. 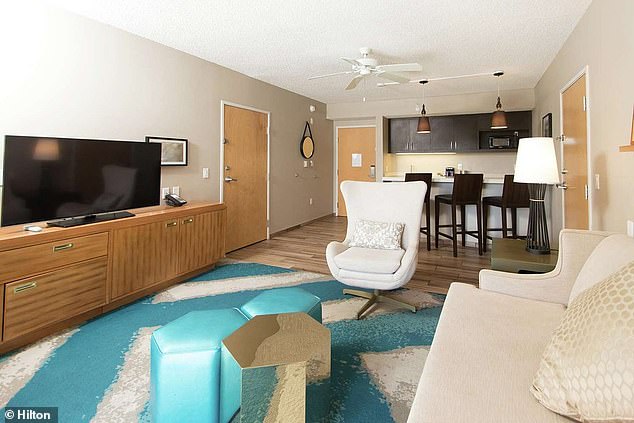 Privette allegedly pushed the camera through to the adjoining room after hearing the two women getting washed and dressed after a day at the beach. Pictured, file photo of a room

After the pair returned to the room, while standing in front of the mirror, naked, one of the women was heard saying she was ‘planning to send a picture to her boyfriend back home’.

It was only when the second woman came out of the bathroom after taking a shower noticed a ‘long black cord that appeared to have a camera on it, coming from under the conjoined room’s door,’ the police report states. 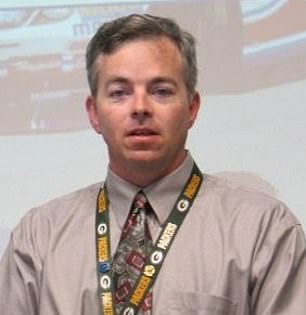 The camera was seen to be ‘slowly scanning the room,’ at which point one of the women exclaimed ‘What is that? That’s a f****** camera!’

The device was then quickly pulled out from under the door and back into Privette’s room.

The victim said she heard someone in the neighboring room ‘run around and a door slam’.

The women immediately called the front desk of the hotel, where rooms are around $179 per night, and the police arrived shortly afterwards who spoke with Privette.

He confirmed that he heard the women yelling but said he believed they had been startled by a bug.

When police arrived, they described Privette as ‘anxiously sitting’ and ‘beginning to sweat’. 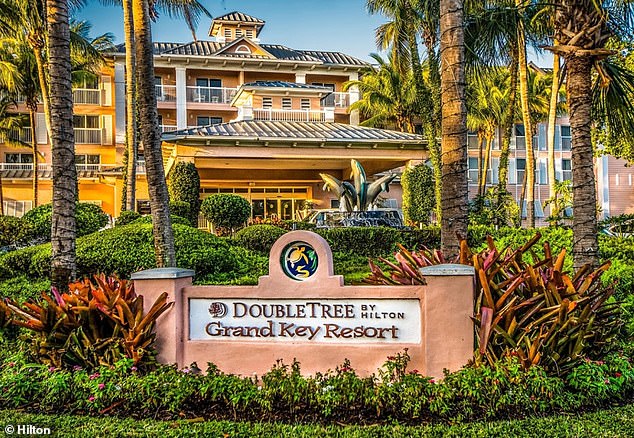 It was after cops said they would get a warrant to search the room, Privette reportedly confessed.

Police ended up confiscating the spy camera, which Privette had stashed away in a chair cushion. A laptop, two hard drives and a Nikon camera were also taken.

Privette is then alleged to have spilled more details to police admitting to ‘using his camera multiple times during his business trips’, having used the spy cam at least 10 times during the past year on his work trips as an industrial designer.