‘Madrid come out alive’: Spanish press admit Real got away with one in their 4-3 Champions League defeat by Manchester City… and even call Carlo Ancelotti’s side’s first-leg result a ‘MIRACLE’ with the tie open

The European heavyweights played out one of the greatest Champions League matches ever on Tuesday evening with Pep Guardiola’s side coming out 4-3 winners on the night.

City raced into a 2-0 lead and were 4-2 up after 74 minutes and the Spanish press admitted on Wednesday morning that Real had got away with it after conceding so many chances. 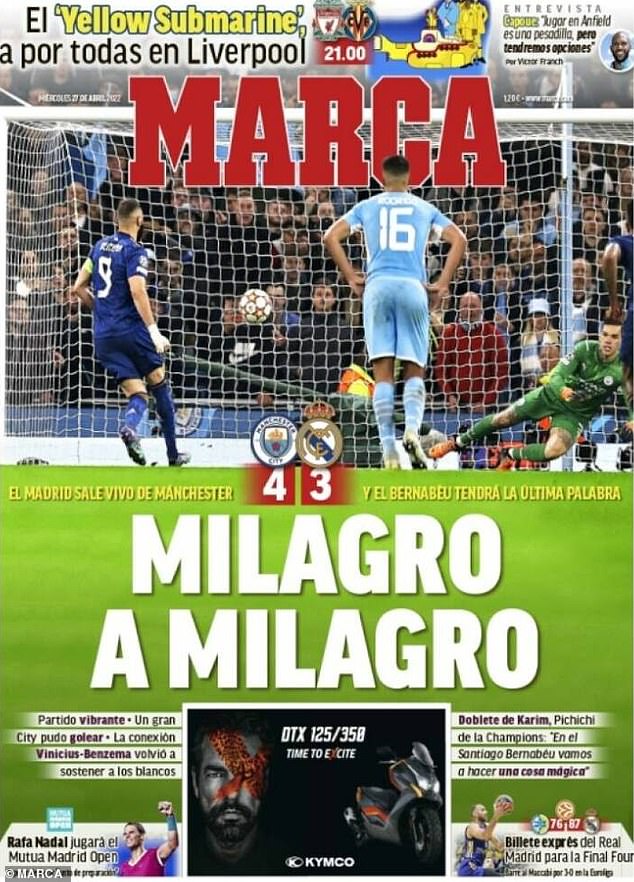 Marca called the first-leg loss to Man City a ‘miracle’ as its headline read: ‘Miracle to miracle’

City made a blistering start with Kevin De Bruyne scoring the fastest ever goal in a Champions League semi-final after heading the ball home inside 94 seconds.

Gabriel Jesus doubled their lead on 11 minutes as Real struggled to deal with the intensity of the Premier League champions. 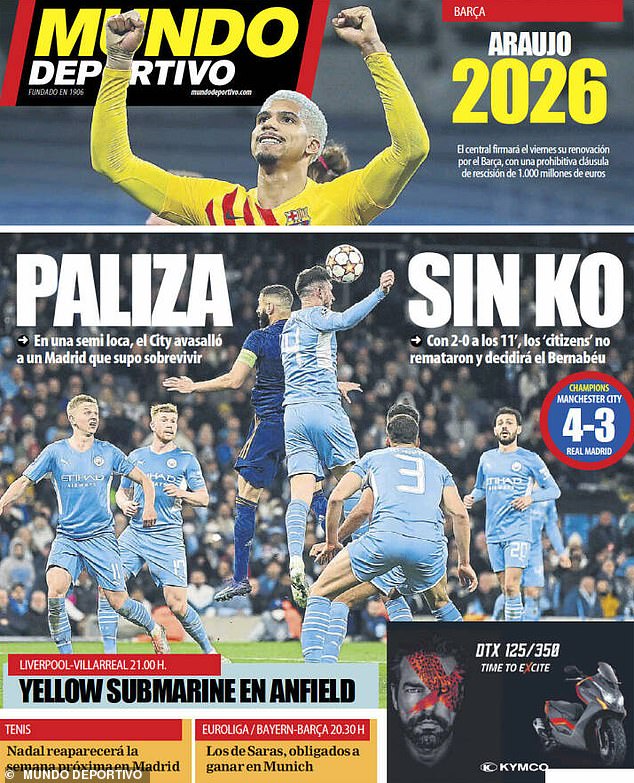 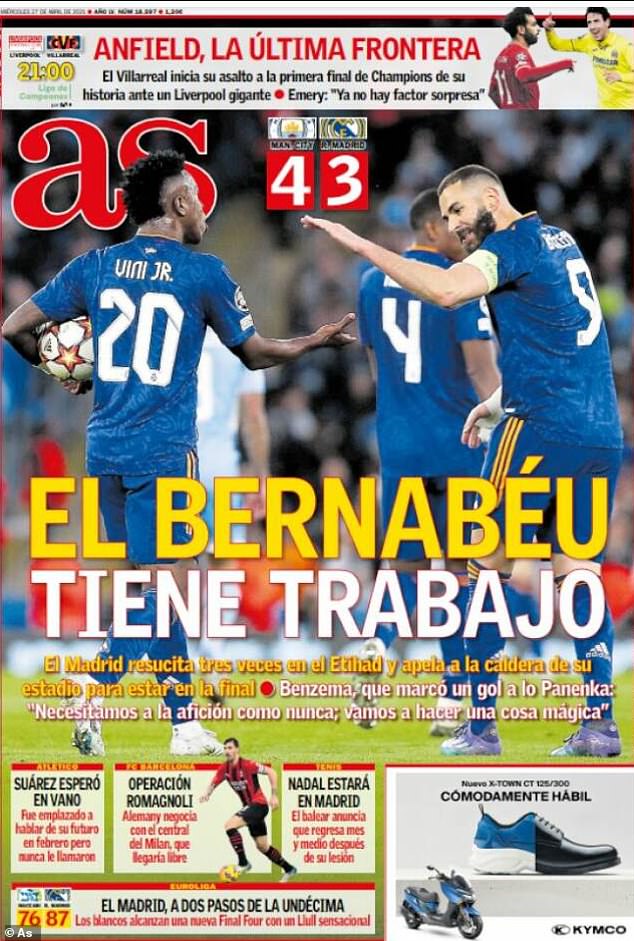 The excitement was not over as Bernardo Silva put Guardiola’s side 4-2 up before Benzema was ice cool to score a Panenka penalty in the 82nd minute to take a 4-3 defeat back to the Bernabeu.

Spanish newspaper AS focused on work being needed in the return leg next Wednesday while Marca actually called the first-leg loss a ‘miracle’ as its headline read: ‘Miracle to miracle.’

Real twice came very close to being knocked out the competition prior to Tuesday’s clash, first by PSG and then by Chelsea, but turned both ties around to reach the last four. 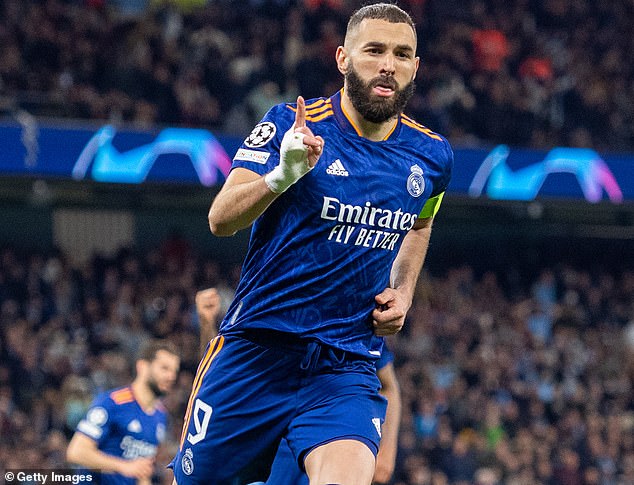