Man City ‘one of best teams in Europe’: van Bronckhorst

Feyenoord boss Giovanni van Bronckhorst has no doubt Manchester City are one of the best teams in Europe.

Van Bronckhorst’s side were thrashed 4-0 by Pep Guardiola’s formidable team in the Champions League in September and face another daunting clash with the Premier League leaders at the Etihad Stadium on Tuesday.

City are unbeaten in 18 games in all competitions this season and have won their last 16 in succession. They have already secured a place in the knockout stages of the Champions League with four wins from four while Feyenoord are yet to register a point. 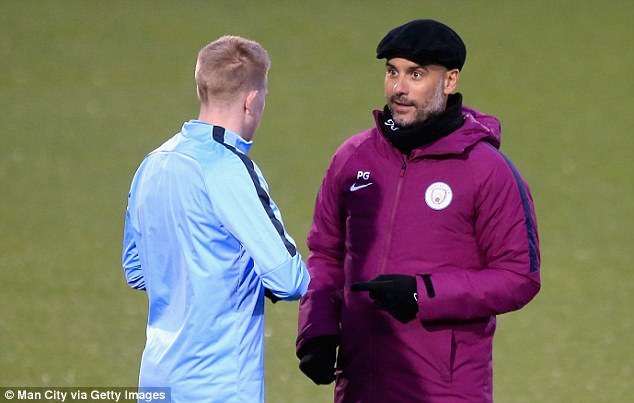 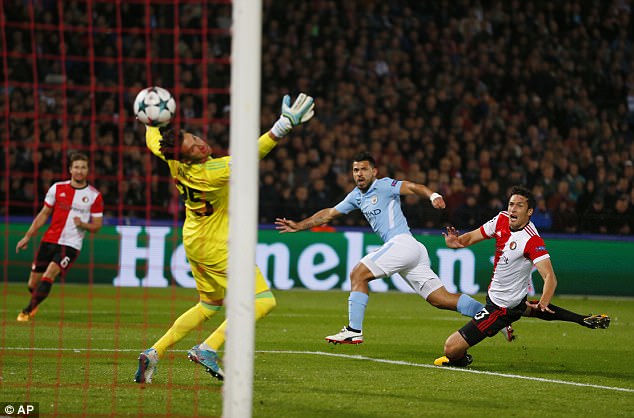 Speaking at his pre-match press conference, Van Bronckhorst said: ‘The first game we played against them at home, it was an outstanding performance from City.

‘They have only drawn once, against Everton at home. All the other teams couldn’t cope with the level they have and the football they are showing.

‘I don’t think you will find a person in this room, or Europe or the world even, to say that City are not one of the best teams at the moment.’

Feyenoord’s season has taken a turn for the worse since their loss to City at De Kuip. Following that game the Dutch champions have won just three of 13 games, and one of those was against amateurs AVV Swift.

Trailing PSV Eindhoven by 14 points, their title defence already seems in ruins while their hopes of even finishing third in Group F to claim a place in the Europa League look slim. 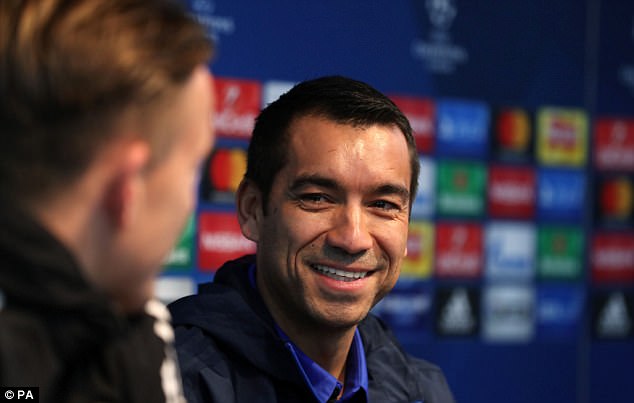 Van Bronckhorst said: ‘We didn’t win any game in the group but we were in one of the toughest groups in the tournament with three fantastic sides.

‘Our form in the league in the last months is not good. We find it difficult to win games, but we create a lot of chances, every game, and hopefully we can turn the chances into goals.’

Despite the recent troubles, Van Bronckhorst is still regarded as one of the brightest young managers in the Dutch game and he was recently linked with a return to his former club Rangers. 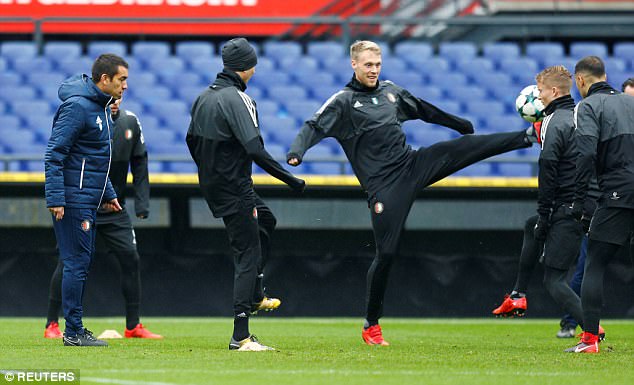 Asked about that, the 42-year-old said: ‘I have seen the media coverage but I am fully focused at Feyenoord and I will be focusing on Feyenoord for the next years.

‘I obviously had a great time in Scotland with Rangers, I think one of the best times I had abroad, but at the moment, for me, all that counts is Feyenoord. You can never tell, maybe in the future, because it is still a club in my heart.’

The Dane, who has scored in his last three appearances after recovering from a hamstring injury, ‘didn’t feel well after lunch’, according to Van Bronckhorst.

Asked if he could miss the game, Van Bronckhorst said: ‘I don’t know, that is quite possible.’