‘I insulted him by all names!’: Samir Nasri lifts the lid on his FURIOUS dispute with Roberto Mancini at Manchester City as they closed in on the Premier League title… admitting he almost threw his BOOTS at the Italian as tempers flared

Samir Nasri has revealed he once ripped into Roberto Mancini and ‘insulted him by all names’ during an explosive dispute between the pair at Manchester City.

Mancini signed Nasri for City back in the summer of 2011, with the club forking out £25million to prise him away from Arsenal.

The first of those titles came under Mancini, when he racked up 30 league appearances to help City become champions for the first time in 44 years.

Nevertheless, Nasri did not always see eye to eye with the City boss, lifting the lid on their fiery altercation during a trip to Wolves at the business end of their title-winning campaign. 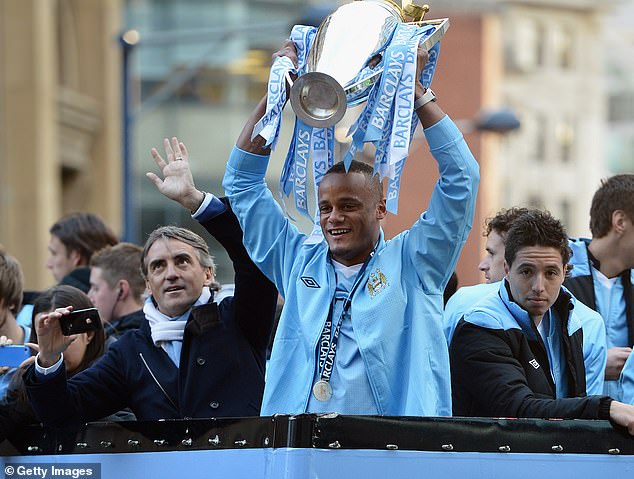 ‘I get ready to go out at half-time. In the dressing room, I take off my shoes and tell Yaya Toure, who is sitting next to me, that if he speaks badly to me, I’ll throw my boots at him because the coach used to disrespect and speak badly to players.

‘I insulted him by all names. Even his children who sometimes came to play in the reserves or who trained with us.

‘I left for Paris the next day. Two days later, I was on the bench against Manchester United. The president came from Abu-Dhabi to see us and told Mancini that if I was fit, we would win.

‘I returned to the team, and we made up in a private plane that he paid for with me because I had to return from Paris.’