Manchester City are preparing for imminent talks with Phil Foden over a new long-term contract.

The 18-year-old, who scored his first goal for the club during the Carabao Cup win at Oxford United, is determined to commit his future to a club he supported growing up.

Pep Guardiola has continued to be impressed by Foden’s application this season and has vowed to give the central midfielder plenty of game time. 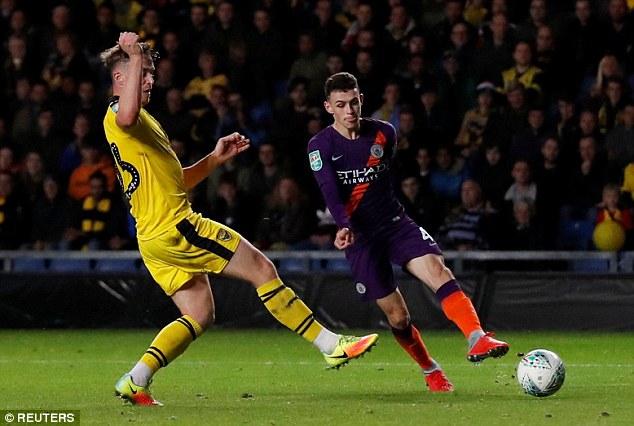 Sportsmail understands negotiations over a new deal will begin shortly, with his current contract running out in 2020. All parties are hoping for a swift conclusion.

There had been an expectation that contract discussions would immediately follow Foden’s 18th birthday last May but both Foden and City were relaxed enough to wait for the opportune moment.

It is thought City will offer the England Under 19 international a deal taking the academy graduate – the youngster player to star in the Premier League this term – well into his 20s. 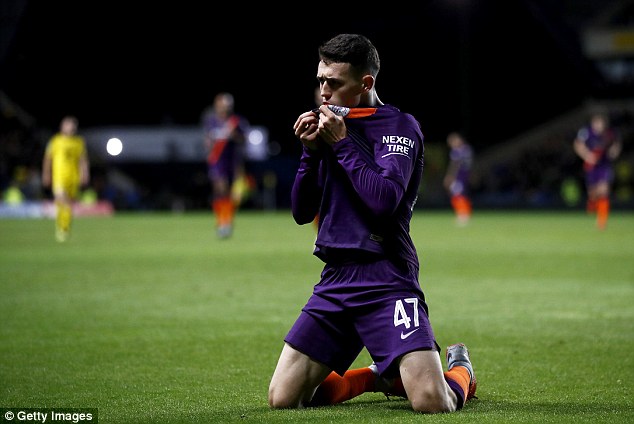 Guardiola claimed on Tuesday night that Foden can look forward to more than a decade playing for City. He has been nicknamed “The Stockport Iniesta” by City supporters but laughed that tag off, insisting he is willing to be patient for consistent starts.

‘I’m happy with that but come on – Iniesta is on a different planet!’ Foden said. ‘For them to call me that is massive, it means a lot.

‘I’ll just keep getting these cup games and runouts whenever I can and hopefully I can start a lot more games one day. There’s no need to rush. 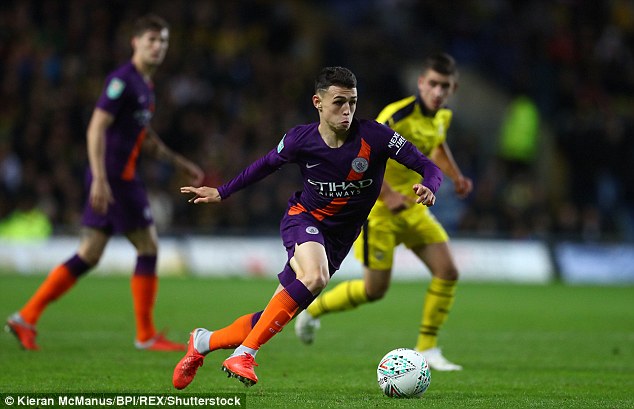 ‘Pep knows what he’s doing and I’ll play at the right time. He’s good at bringing youth players through, he’s done it in his career before so just be patient, I’m still young and I’m still learning.

‘Training with the likes of David (Silva) and Kevin (De Bruyne) and seeing what they do every day has brought me on as a player and working with Pep as well has been a really big part of my game.

‘Both him and Mikel (Arteta) have been a massive help. I just have to keep impressing and keep working hard and see where it gets me.’ Ends