Man City star Benjamin Mendy, 27, will remain in custody until trial next year over four rape and one sex assault charges against three women at his £5million Cheshire mansion

Manchester City footballer Benjamin Mendy will go on trial early next year accused of the rape of two women and the sexual assault of a third alleged victim.

Mendy spoke only to confirm his name during the 45-minute hearing at Chester Crown Court, where a date of January 24 2022 was set for his trial, accused of four counts of rape and one of sexual assault.

The 27-year-old, wearing a cream jogging suit, sat back, arms folded, listening to proceedings translated to him via a French interpreter sat behind him in the dock.

Benjamin Mendy, 27, is charged with four counts of rape and one sexual assault by police 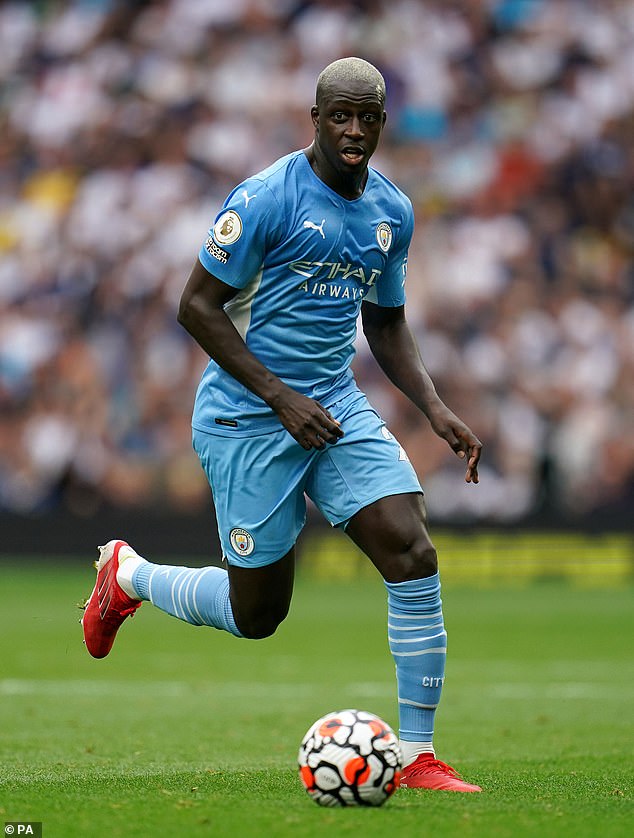 The charges were not put to him and no pleas were entered during the hearing, which dealt largely with administrative matters ahead of the trial.

A further hearing will be held on November 15 and Eleanor Laws QC, defending Mendy, said there would be an application to dismiss the charges on that date.

The alleged attacks, on three different women including one under 18, are said to have happened at his £5million mansion in Prestbury, Cheshire.

Mendy was charged on August 26 with three counts of rape relating to an alleged incident in October 2020 and with the sexual assault of a woman in early January this year.

He is also charged with raping a woman last month. 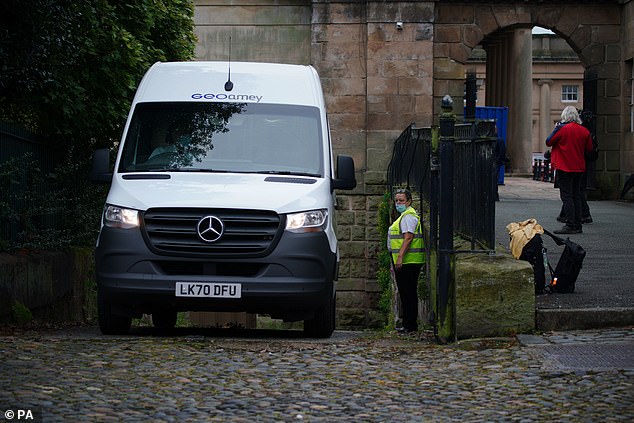 The Premier League star was refused bail and is currently on remand at HMP Altcourse in Liverpool.

The left-back has played for Manchester City since 2017, when he joined from Monaco for a reported £52million.

He was suspended by the club after being charged by police, pending an investigation.

Mendy appeared in the dock along with a co-accused, Louis Saha Matturie, 40, of Eccles, Greater Manchester, who is charged with four counts of rape.

The charges relate to three complainants over the age of 16 and are alleged to have taken place between April 2021 and August 2021.