Manchester City striker Sergio Aguero may be fit enough to take his place on the bench in Wednesday’s Champions League clash with Liverpool, Pep Guardiola has revealed.

The Argentine striker has been out since the beginning of March after sustaining a knee injury in training.

City’s all-time leading goalscorer underwent specialist training during the club’s warm-weather training camp in Abu Dhabi in a bid to be ready for the quarter-final first-leg clash at Anfield. 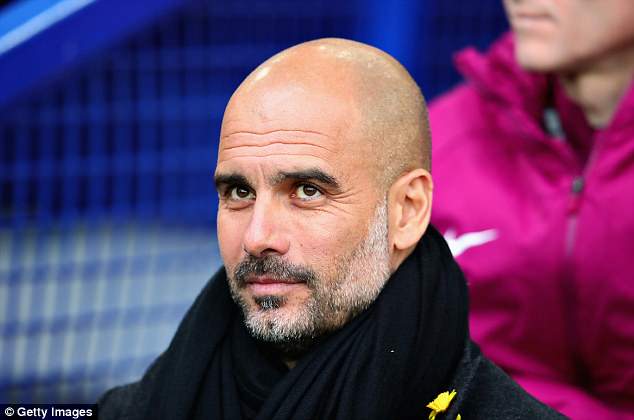 But boss Guardiola believes he may only be fit enough to watch on from the sidelines when his side travel to Merseyside this week.

‘We will see. Still he didn’t train,’ Guardiola said. ‘Hopefully he is much better. On Monday we will see and in these situations it is day by day.

‘I hope he can help us. Maybe not in the beginning but maybe the bench.

‘After that we have Manchester United and after that you have Liverpool in the second leg.

‘Maybe you have to change the system in the second leg and have six strikers to win the game and we need Aguero and Gabriel Jesus and Lukas Nmecha and everybody.’

Aguero has scored 30 goals in all competitions for the Premier League leaders this season and his absence will be a big boost for Klopp, who boasts his own in-form forward line.

Should Aguero miss the Liverpool encounter on Wednesday, however, he will be desperate to return on Saturday, when City have the chance to seal the Premier League title against bitter rivals Manchester United. 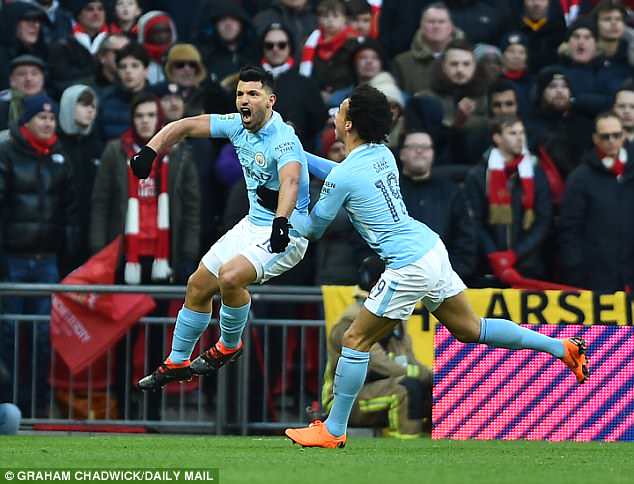