Manchester City players were swamped by fans as they touched back down in England after conquering Shakhtar Donetsk in Ukraine.

Several fans waited outside the terminal and jumped at the chance to meet some of their heroes after the City squad landed on Wednesday afternoon.

One fan had his City shirt and pen at the ready as Sergio Aguero walked outside the airport while Riyad Mahrez was seen posing for a photo with a fan. 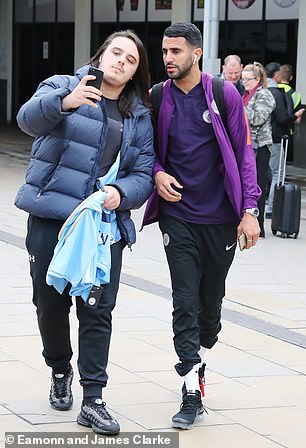 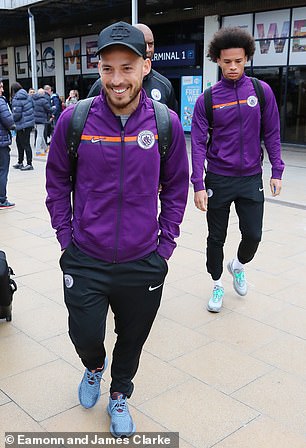 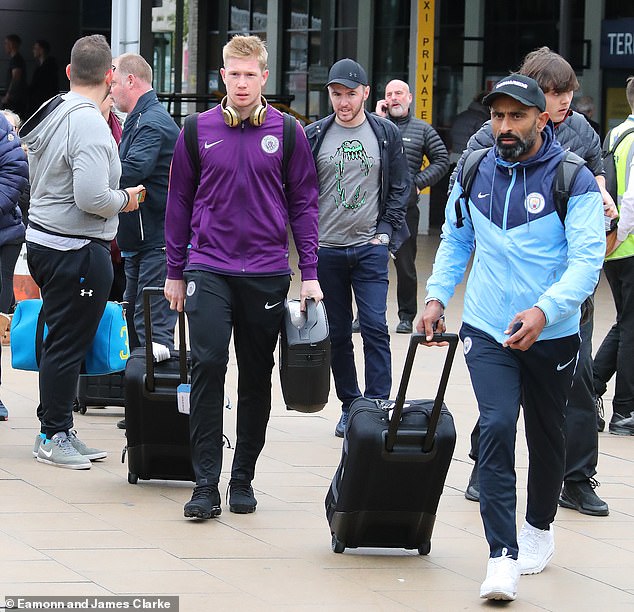 After signing autographs and posing for the pictures, the City players quickly left the airport and are expected to have the rest of the day off after their win in Ukraine.

Goals from David Silva, Aymeric Laporte and Bernardo Silva ensured a victory in vintage City fashion which was enough for them to climb above Lyon into top spot of Group F with six points from three games. 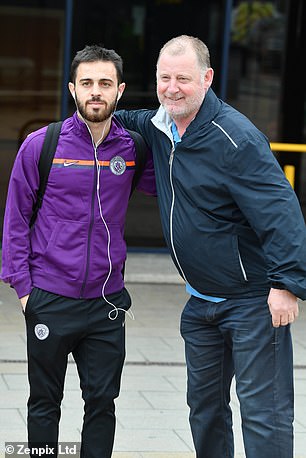 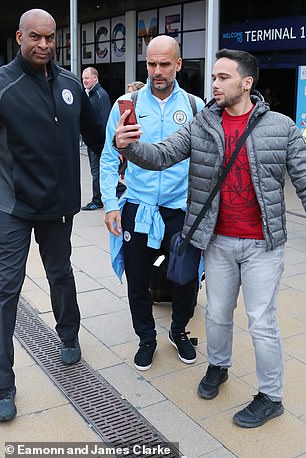 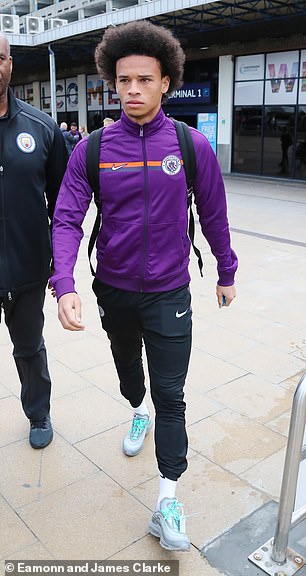 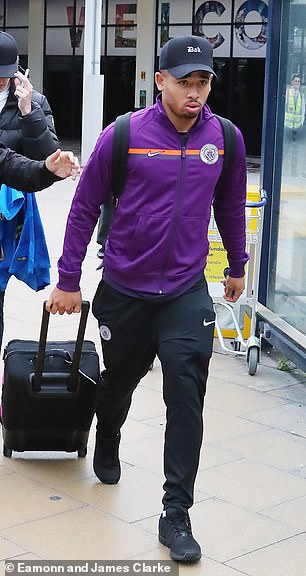 ‘Our first half was incredible – the best first half we’ve played over the last three seasons,’ Guardiola said. ‘We were under pressure after Lyon. We can control our destiny now.

‘We created a lot and missed a lot of clear, clear chances. You have to be more clinical. You don’t get this many at the top level. Today is a time to be so happy that we played with that personality. It’s an incredible, amazing result.’

City will also be boosted by Kevin De Bruyne, who played 10 minutes more in this game than he has all season so far and put in a sterling performance. 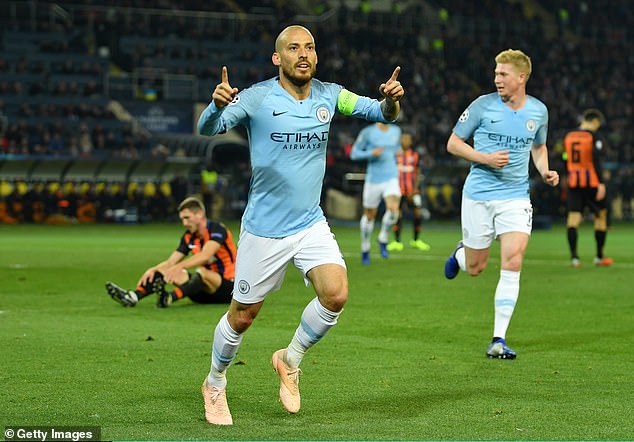 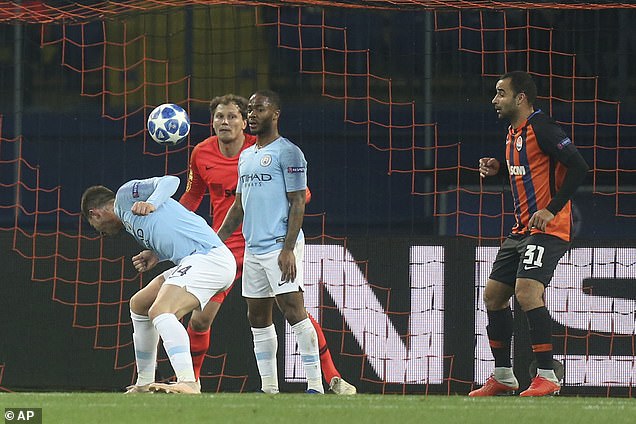 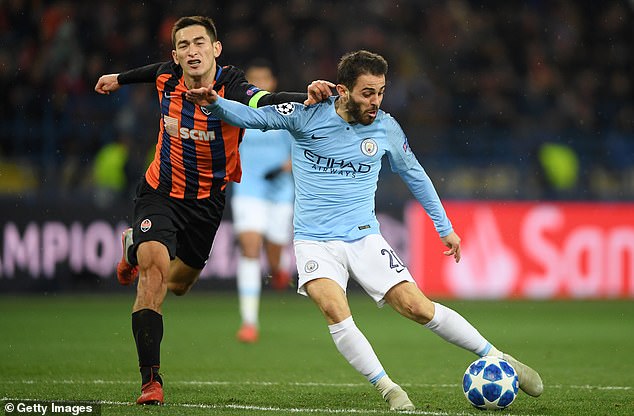 But Guardiola was effusive in his praise of Silva, who scored the opening goal with a well taken volley, after the match.

He added:  ‘David was the best player on the pitch. His levels are incredible. He does absolutely everything perfectly.’

City will enjoy this victory but have to turn their attentions back to the Premier League soon with a tough clash against Tottenham on Monday.