A British-born engineer who settled in Australia after being adopted believes he is the love child of Prince Charles and Camilla and is heading to the country’s High Court to try to force the heir to the throne and his wife to take a DNA test.

Simon Dorante-Day, 52, has admitted court clerks laughed when he first filed his papers and despite his breathtaking legal claim being thrown out three times already he is refusing to give up ‘his 40 year search’ for the truth about his birth parents.

Simon claims his adoptive grandparents Winifred and Ernest worked for the Queen and Prince Philip as a cook and a gardener respectively and told him ‘many times’ that he was ‘Charles and Camilla’s child’.

He said last year: ‘I know it sounds unbelievable, but anything I say is checkable… I’m simply a man looking for my biological parents, and every road has led me back to Camilla and Charles’.

Mr Dorante was born in Gosport, Hampshire in April 1966 and was adopted when he was 18-months-old by Winifred and Ernest’s  Karen and David Day.

If his bizarre allegations are true, he would have had to have been conceived in 1965, when Charles was 17 and Camilla, 18, and he claims his Windsor-like cheek-bones and teeth, and ‘Camilla-style hair’, is compelling evidence his claims are true.

He even calls himself ‘Prince Simon’ on social media and his Facebook page is packed with posts where he matches his face from birth to today with Charles, Camilla and their children, with particular focus on Prince William and Tom Parker-Bowles.

He believes that his parentage will have been discussed by the Queen, Prince Charles, Prince William and Prince Harry at this month’s Sandringham summit where the terms of Harry and Meghan’s ‘Megxit’ deal were thrashed out.  And last year he caused upset having claimed Princess Diana’s death in Paris in August 1997 came after ‘she was going to go public with it’. 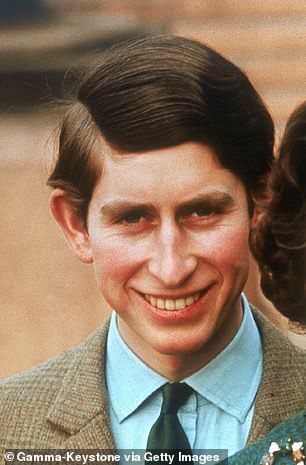 Simon Dorante-Day, 52, (left as a teenager) believes he is the love child of Prince Charles (right in 1961) and Camilla, claiming he was conceived in 1965 when the heir to the throne was 17 and Camilla was 18 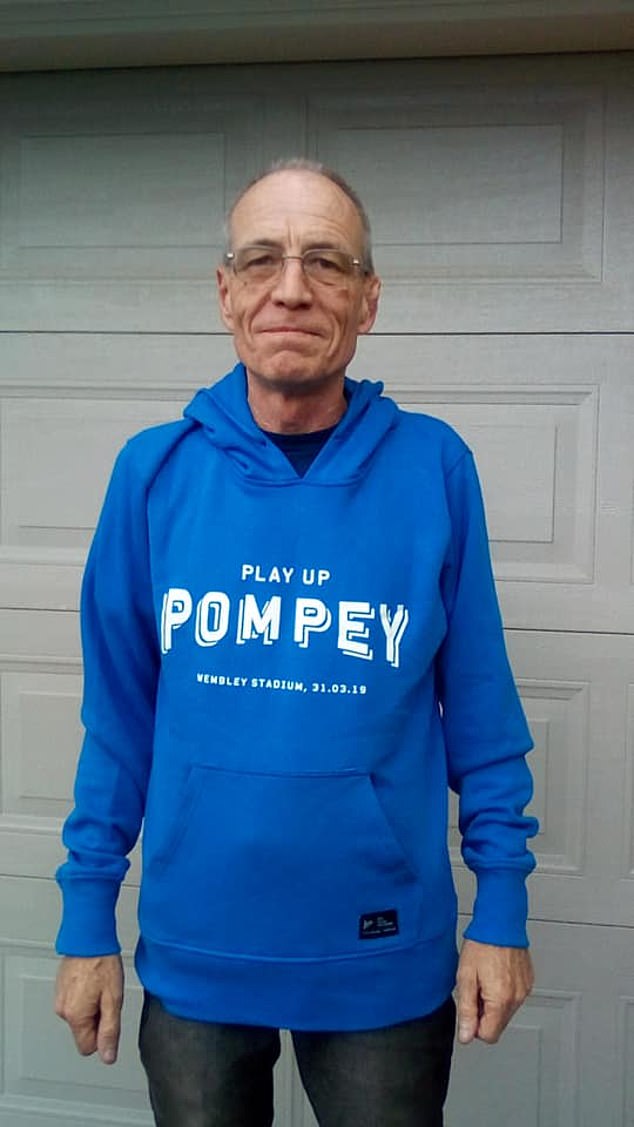 Simon Dorante-Day, 53, was born in Gosport, near Portsmouth, in April 1966, and was adopted at 18 months old by British couple Karen and David Day 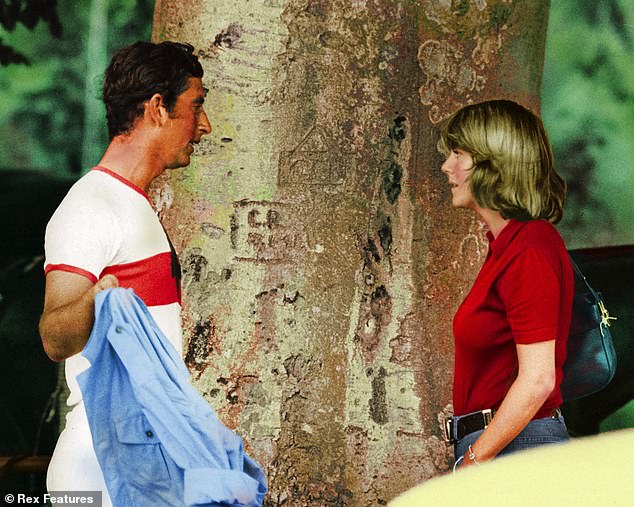 Charles and Camilla (pictured together in 1975) went their separate ways with the Prince of Wales marrying Diana and Camilla  marrying Andrew Parker Bowles. The couple finally married in 2005

The British national denies claims his story is ‘bonkers’ and ‘bogus’, including critics who point out that his eyes are brown but Charles and Camilla both have blue eyes.

Responding to on commentator who said: ‘Two people who have blue eyes cannot produce a brown eyed person. How is that explained in your case Simon?’

The 52-year-old responded: ‘That’s been explained publicly Sue it’s already out there – that’s why they had to tamper with my eyes – exactly the point’.

He also says he has compelling evidence proving his claim but said online: ‘As things are all part of the court case at the moment I can’t discuss much further.’

Simon Mr Dorante-Day, who now lives in Queensland, has spoken a number of times about his belief that he was put up for adoption by then 18-year-old Camilla Shand, which appears to have been secured via his adoptive grandparents who had worked for the royal family.

‘My grandmother, who worked for the Queen, told me outright that I was Camilla and Charles’ son many times,’ he told New Idea.

His wife Elvianna told the magazine: ‘We believe that Camilla fell pregnant to Charles and that Camilla, with the help of her family and the royals, kept Simon until he was 18 months old.’ 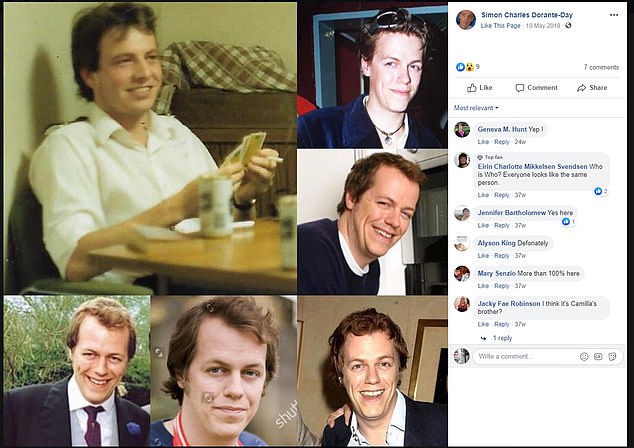 Simon has used his facebook page to match up his own photos with his alleged relatives, including Tom Parker-Bowles 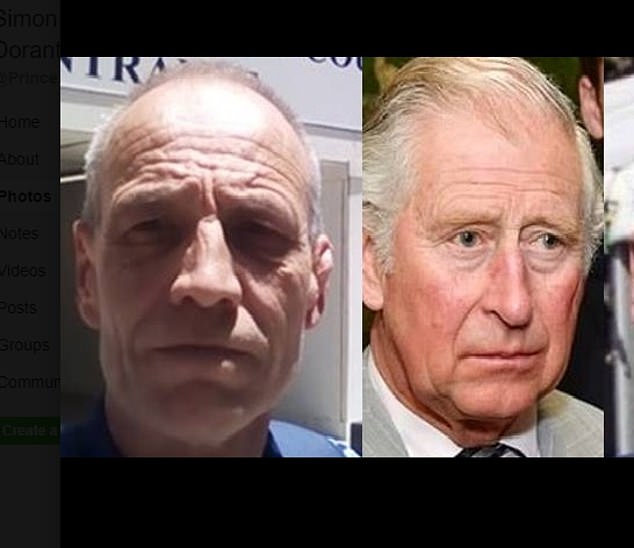 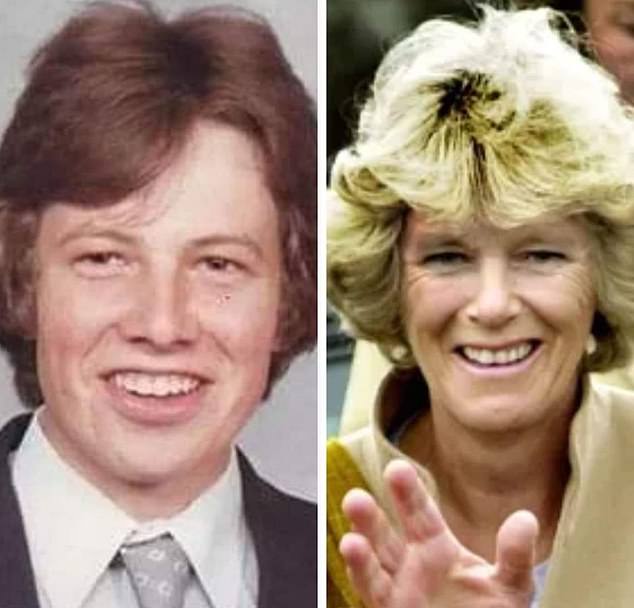 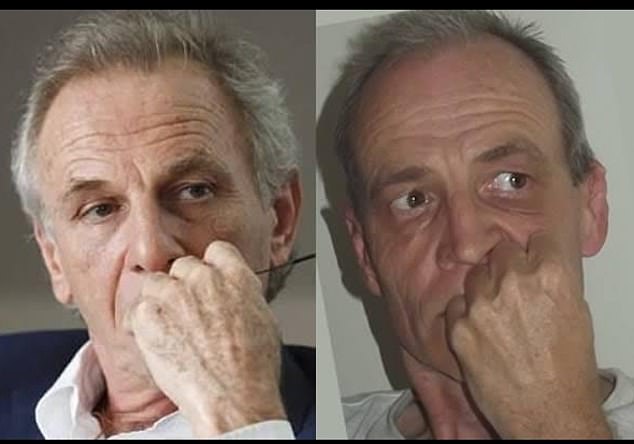 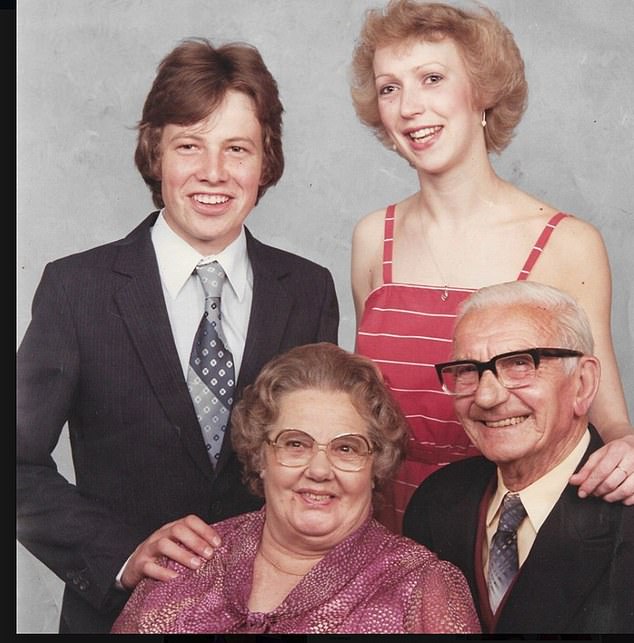 The 53-year-old filed papers to the High Court just before Christmas, claiming his story is the ‘most explosive’ thing to happen to the palace.

‘It’s definitely the most significant step I’ve taken so far – I’ve had to force a deadline, hold them to a date, because we need answers,’ he said.

But they were eventually sent down to a High Court judge in Sydney to review and assess the case, he said.

Mr Dorante-Day said the palace would have learnt of his High Court submissions and the revelation would have caused ‘panic’ before Christmas.

In the wake of ‘Megxit’, Mr Dorante-Day is adamant his case would have come up during crisis talks at Sandringham Estate.

‘While the whole world was thinking they were talking about Harry, we believe this legal battle would’ve also been on the agenda and discussed,’ he said.

Mr Dorante-Day’s new case is requesting a mediation session and a ‘Statement of Paternity’.

He claims Prince Charles, Camilla and the Queen have spent ‘years’ hiding from the truth.

The Queensland-based engineer has three other cases before the courts, which relate to his employment and belief he was unfairly dismissed.

Mr Dorante-Day, who is married to an Indigenous Australian woman named Elvianna, often posts updates on his bid to be recognised by the royal family to Facebook.

He penned an open letter to Prince Harry and Meghan where he drew similarities between his cross-cultural union with theirs.

He also shares side-by-side comparison photos of himself with members of the Royal Family, which he claims reveal a striking similarity. 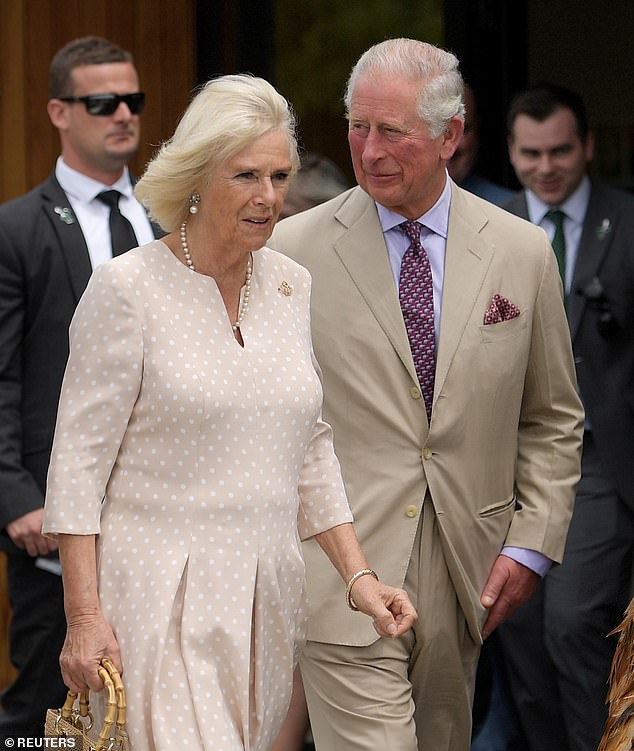 Mr Dorante-Day said the palace would have learnt of his High Court submissions and the revelation would have caused ‘panic’ before Christmas. Pictured: Prince Charles and Camilla in November 2019 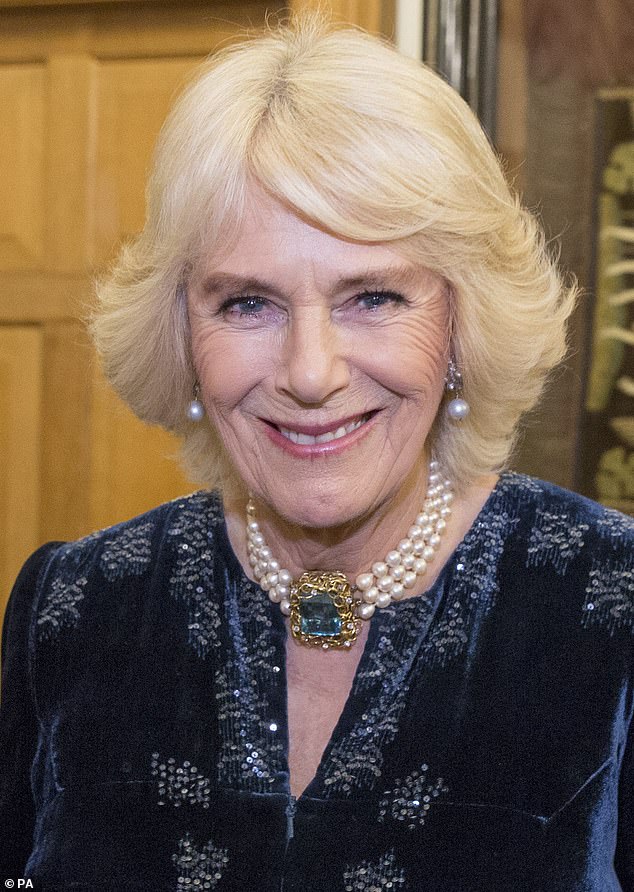 Mr Dorante-Day claims Prince Charles, Camilla and the Queen have spent ‘years’ hiding from the truth. The Duchess of Cornwall is pictured in January 2019

The man who claims to be a royal love child: Who is Simon Dorante-Day?

Mr Dorante-Day is a 53-year-old British national who believes he’s the love child of Prince Charles and the Duchess of Cornwall.

He claims his parents adopted him when he was 18 months old.

In an interview with Today Tonight, Mr Dorante-Day said his family had no other connection to the British Royal family. But says his grandmother met his grandfather while they worked as a cook and a gardener for the Royal family.

Why was he in court?

Mr Dorante-Day wants the court to help him return to work after he was suspended from his job with pay in June 2018 for allegedly threatening his boss while discussing leave balances.

In a written complaint, Mr Dorante-Day’s supervisor alleges the radio-electrical engineer made him feel threatened when he said: ‘that if I wanted to get into a driverless car heading for a cliff, then I would go over the cliff’.

Mr Dorante-Day is alleged to have also told his supervisor he was being watched by authorities investigating ‘the royal issue’.

He unsuccessfully appealed the Public Service Commission’s decision to suspend him from work at the Public Safety Business Agency.

He represented himself at the trial.

He argued, unsuccessfully, that the public service had acted unconstitutionally and he had not received natural justice because there was a lack of evidence and due process wasn’t followed.

What does any of this have to do on his claim of Royalty?

Mr Dorante-Day told the court his ‘royal issue’ had caused problems with colleagues.

He said it was a contributing factor to him being suspended.

Interviews he had given to New Idea magazine about his royal beliefs were an issue, he said.

Will this decision by the Queensland Supreme Court on Tuesday end his legal battles?

No. Mr Dorante-Day previously told AAP he planned to file a case with the Federal Court over his claims of being a love child when he was back at work.

He said he faces another concurrent suspension from his job which he plans to fight at the Queensland Industrial Relations Commission.