Man claims to have found metal blades in Woolworths coleslaw

By Sahar Mourad For The Daily Mail

A man has claimed to have found two metal blades in his pre-packaged coleslaw after cutting his tongue on the sharp metal.

He claims to have found two metal blades in the package, only discovering them after he cut his tongue.

‘Only found out once we started eating it. I got a slight cut on my tongue,’ he wrote on the Woolworth’s Facebook page.

‘Lucky our baby didn’t eat it. We found one blade in the coleslaw on his plate too.’

Mr Anuj said he desperately tried to call the Cherrybrook store to warn them about the find but no one picked up.

He further informed the supermarket that he privately messaged them with proof of purchase.

A Woolworths spokesperson told Daily Mail Australia that they take food safety seriously and immediately investigated the alleged metal blades in the coleslaw.

‘At Woolworths we take food safety and quality very seriously and moved quickly to assess this customer report with our supplier,’ he said.

‘Our supplier operates to the highest food safety standards and has metal detectors, X-ray machines and magnets installed on site to ensure metal can’t leave the site.

‘Given all of these food safety controls, it’s difficult to understand how something like this could happen in a sealed pack, so we’ll be keen to follow the matter up with the customer further.

‘We’re unaware of any other customer reports of a similar nature at this time.’ 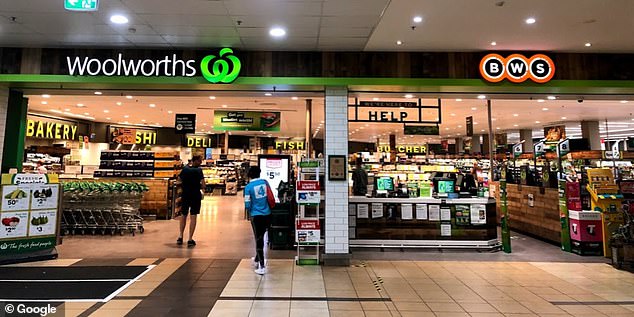