Man ‘confessed to throwing parents’ bodies off a bridge’ years

An Illinois man who once wrote ‘I want to kill my parents’ on a bathroom mirror has reportedly confessed to killing his mother and father after initially staging a burglary at his house in an attempt to deceive investigators.

Jose Ramirez, 21, was arrested on Monday and charged with first-degree murder in the deaths of his parents, Bradley University English professor Susan Brill De Ramirez and Antonio Ramirez Barron.

Authorities say Ramirez confessed to throwing his parents’ bodies off a bridge after killing them at their home in Princeville early Friday morning.

Another man, Matthew J. Roberts, 20, has also been arrested. 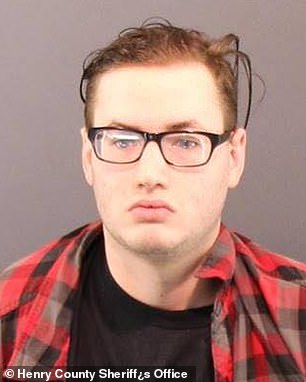 Jose Ramirez (left), 21, was arrested on Monday and charged with first-degree murder in the deaths of his parents – Susan Brill De Ramirez and Antonio Ramirez Barron. Another man, Matthew J. Roberts (right), 20, has also been arrested

He has been charged with obstruction of justice and concealment of a homicidal death, according to The Peoria Journal Star.

Police have not released a motive and it it is not clear how the pair died.

However, police sources are said to be gathering evidence that he had a long-standing ‘hatred’ towards his mother and father.

Her husband, Antonio Ramirez Barren, was a technology support specialist in the university’s IT department.

They were both 63 years old.

The arrests were announced by Peoria County Sheriff Brian Asbell.

Though the sheriff wouldn’t say what evidence investigators came up with to corroborate Ramirez’s confession, he did say that there were signs of violence and a struggle at the couple’s home. 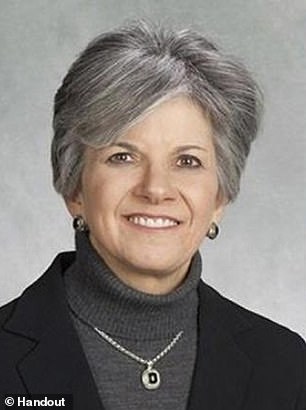 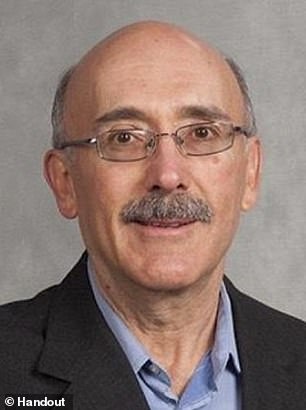 Susan Brill De Ramirez (left) was an English professor at Bradley University in Peoria, Illinois. Her husband, Antonio Ramirez Barren (right), was a technology support specialist in the university’s IT department

Jose Ramirez was an early focus of the investigation after tipsters called the sheriff’s department indicating he was a likely suspect, according to the Journal Star.

Police said that he tried to stage a burglary at the home to try to disguise his involvement in his parents’ murder.

Investigators are reportedly amassing evidence indicating that Ramirez had harbored a longstanding ‘hatred’ for his parents.

In 2011, Bradley University police filed a report on Ramirez after he allegedly wrote a message similar to ‘I want to kill my parents’ on the bathroom mirror of a campus building.