A Baltimore man sentenced to prison in a 2016 wrong-way crash that killed a woman has also been ordered to carry a photo of the victim for the next six years.

Circuit Court Judge Ronald Silkworth included the provision in sentencing 33-year-old Johnathan Simms to 18 months in prison, followed by five years of probation and 500 hours of community service on Tuesday.

Wherever he goes, Simms must carry a wallet-sized photo of 66-year-old Louise Donner, who was killed in the April 2016 head-on crash in Glen Burnie as Simms fled an attempted traffic stop.

Silkworth says the picture will remind Simms of the damage his actions caused, reported The Capital Gazette.

‘I don’t think you’re a bad person,’ Silkworth told Simms. ‘I do think there is a future for you.’

Simms, who was found guilty in November 2017, said before his sentencing he knows he’s guilty and claimed that he was confused about court proceedings at the time of his plea. 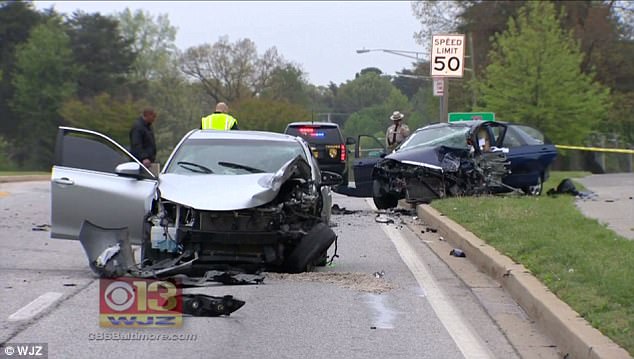 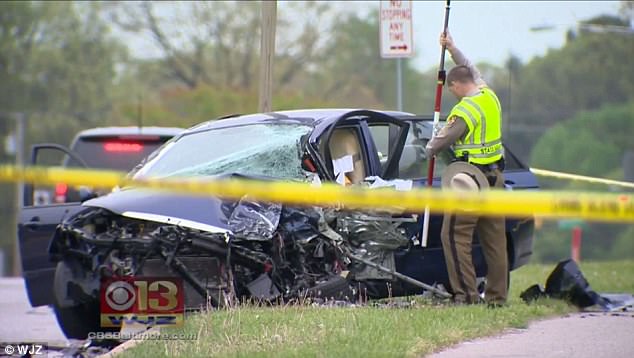 The 33-year-old, who was living out of his car around the time of the accident, told the court he thought he was being pursued by a black phantom car.

‘I was not in my right mind. That was me crying for help,’ Simms said.

Police said shortly before 4pm on April 29, 2016, a trooper had tried to stop Simms for going 17mph above the 55mph speed limit on Route 100, but the driver took off.

The chase came to an end about 4 miles later on Aviation Boulevard when Simms’ silver 2015 Toyota Camry, doing 96mph and heading the wrong way, plowed head-on into Donner’s Kia Spectra, killing her at the scene.

Donner lived in Linthicum with her daughter, Kerrie, who criticized Simms’ sentence on Tuesday, suggesting that the man who took her mother’s life deserved a harsher punishment.

‘I can’t count the number of times I thought, “Why didn’t God take me that day?”’ she said. ‘I find it a constant struggle to stay here without her.’