This is the heartbreaking moment a man cradles a child on the driveway of a Sydney home that’s now a crime scene after a six-month-old baby boy drowned inside.

Footage taken at the property on Seaborn Avenue at Oran Park, in Sydney’s southwest on Thursday afternoon captured the aftermath of the tragedy that ended in the arrest of a mother-of-two.

The devastated man dressed in a grey sweatshirt and blue jeans sits on the ground rocking a young child in his arms as emergency services swarm around him.

A medic walks over to the hoodie-wearing man and offers him a bottle of water before removing the lid so the man doesn’t have to let go of the child.

A man cradled a young child in his lap outside a home in Oran Park, in Sydney’s southwest, where a six-month-old baby drowned on Thursday afternoon 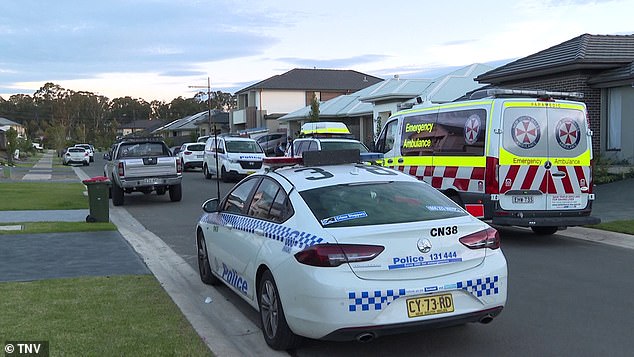 Emergency services were called about 4.40pm on Thursday to reports of a concern for welfare at a house in Seaborn Avenue (pictured)

Emergency services were called to the property at about 4.40pm on Thursday after reports were made about a ‘concern for welfare’.

Paramedics arrived to find the baby in cardiac arrest and performed CPR before he was rushed to Campbelltown Hospital in a critical condition.

Sadly, he could not be revived, with his death leaving residents of the new housing estate shattered.

Police arrested the baby’s mother at the scene and took her to the Camden Station where she is currently assisting with inquiries.

Investigators last night said it was too early to say how or where exactly the child drowned.

Shocked neighbours gathered outside their homes as emergency response vehicles lined the street and police officers cordoned off the scene.

Another man could be seen comforting a woman as they leaned against a car in the street. 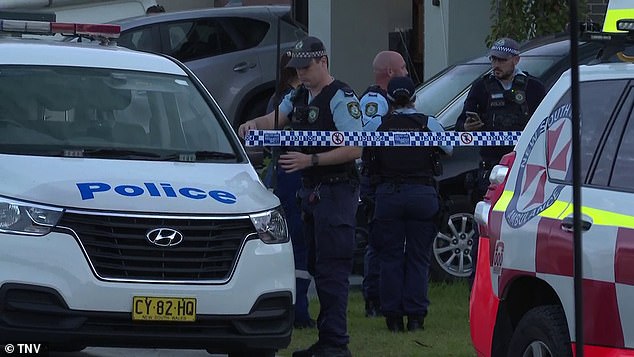 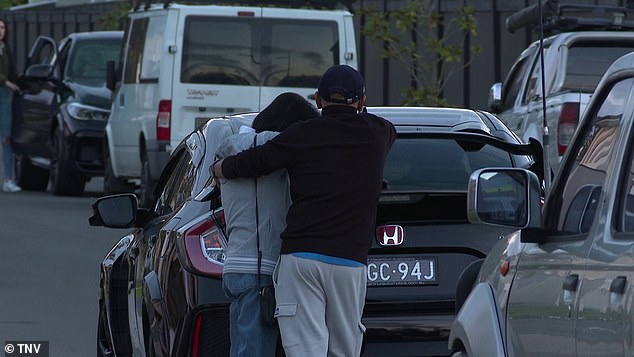 NSW police told Daily Mail Australia that the homicide squad were ‘alerted’ to the incident which is protocol for any ‘unexplained deaths’.

One neighbour on Seaborn Avenue watched the scene unfold and comforted the grandparents of the child outside the house, according to The Daily Telegraph.

‘(The family) had just moved in last week, they seemed so lovely, two small kids … they were such a cute family, the grandparents were so nice,’ the neighbour, who asked to remain anonymous, told the publication.

The neighbour, who has only just moved into the suburb himself, said he had chosen the street to set up his own family home. 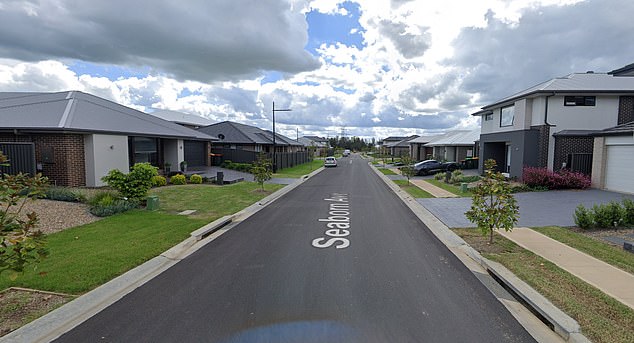 Over the past decade, the suburb has expanded rapidly as housing developments have been pitched on the grounds of the old circuit.

Seaborn Avenue is a part of a new estate called Ascot Grove, which is touted by construction company Edgewater Homes as an ‘expertly designed and built community’.

Boasting around 250 homes, which come in similar variations of brick, and dark grey and white rendering, Ascot Grove is located close to schools and is designed to be family-oriented.

‘With a large central park and playground for the kids, you will feel a sense of community from the moment you arrive,’ Edgewater Homes states on their website.