Man dies after being arrested by Canley Vale police

A man died less than an hour after he was restrained by police on suspicion of assaulting paramedics.

Officers were called to a service station in Cabramatta West in Sydney’s south west at 3pm on Saturday afternoon.

But the man died at 3.45pm in hospital after he was placed in handcuffs by officers.

The man allegedly assaulted the NSW Ambulance officers during an incident on the Cumberland Highway when ‘concerns were raised about the behaviour of a man’.

The 26-year-old was taken to Liverpool Hospital but died on arrival, police said tonight.

An investigation has now been launched by the New South Wales Police critical incident team.

A police spokesman said: ‘It’s alleged the man assaulted ambulance officers when they arrived and police were called.

‘Officers from Fairfield City Police Area Command attended and restrained the man by placing him in handcuffs. 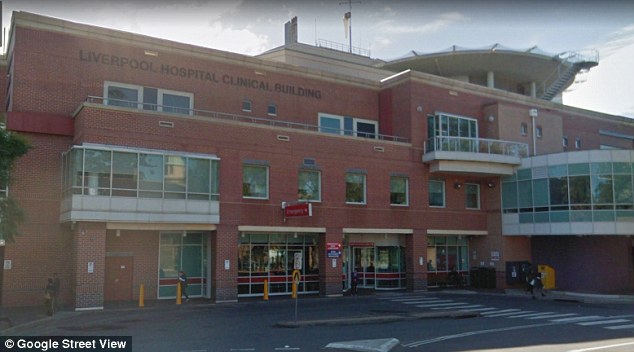 The man, 26, was pronounced dead after being taken to the Liverpool Hospital in western Sydney

‘The man was taken to Liverpool Hospital by ambulance paramedics for assessment where he died about 3.45pm.

‘A critical incident team will now investigate all the circumstances surrounding the incident and that investigation will be monitored by the Law Enforcement Conduct Commission.’

Police could not confirm whether or not he remained in handcuffs on his way to hospital.