Gruesome details have been revealed about a man’s freak death after he fell onto a chainsaw while trimming hedges on Sydney’s lower north shore.

Emergency services were called to a home on Smith Road in Artarmon just after 5pm on Tuesday following reports a man was seriously injured while trimming a hedge with a power tool.

It’s understood the man aged in his 50s fell three metres from a tree before landing on a chainsaw, causing catastrophic damage to his arm.

Paramedics found the critically injured man suffering a cardiac arrest who had lost a massive amount of blood from the severe laceration.

Emergency services were called to Smith Road (pictured) in Artarmon on Tuesday after a man was critically injured while trimming a hedge. He suffered a cardiac arrest at the scene

He was rushed to Royal North Shore Hospital, where he later died.

NSW Ambulance Inspector Carolyn Parish praised the paramedics who worked hard to stabilise the man after he had lost a ‘large amount’ of blood.

‘The patient had been using a power tool whilst hedging prior to the medical emergency,’ Inspector Parish said.

‘Paramedic crews did an amazing job in an understandably traumatic and chaotic scene.’ 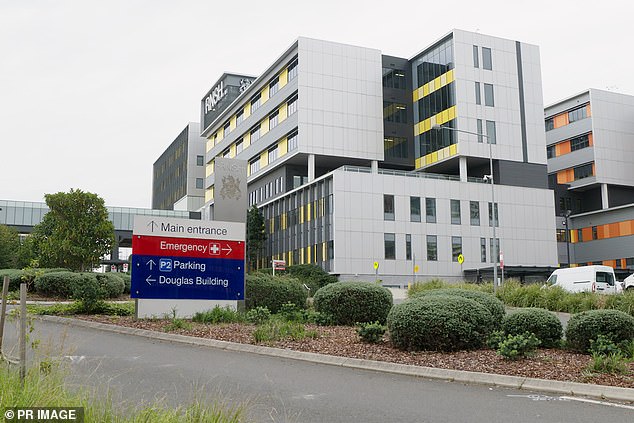 The man aged in his 50s was rushed to Royal North Shore Hospital (pictured), where he died