A California homeowner was taking a shower on Thursday morning when his house burst into flames, forcing him to run for his life with only a shower curtain wrapped around his waist.

The three-alarm inferno ignited inside 57-year-old Mike Pham’s home in the 9300 block of Royal Palm Boulevard in Garden Grove just before 9am on Thursday.

It took multiple units of firefighters about two hours to extinguish the flames, which caused the roof to collapse and ultimately burned the entire home to the ground. 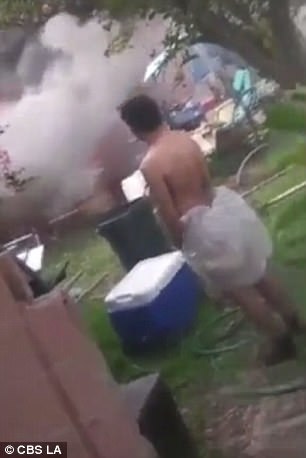 All is lost: Mike Pham, 57, fled his burning Garden, Grove, California, home wearing nothing but a shower curtain; he was in the shower and had no time to get dressed 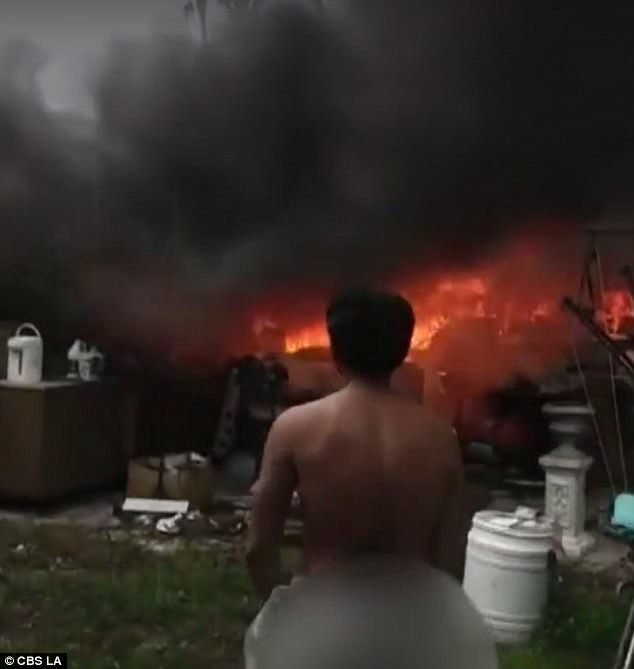 Pham’s neighbor and friend Michael Fonseca rushed to his aid during the fire and recorded a cellphone video showing the homeowner, wearing only a white shower curtain to protect his modesty, staring aghast at the devastation.

Pham suffered minor burns all over his body, but his tenants, a couple in their 20s, escaped the fire unharmed.

Speaking to CBS Los Angeles, Pham explained that he was in the shower when the fire alarm went off, alerting him to the danger.

Phan, an electrical engineer, turned off the water, ripped the curtain from the railing and darted out of the house.

The man said he was in shock, watching his home of 20 years being consumed by scorching flames. 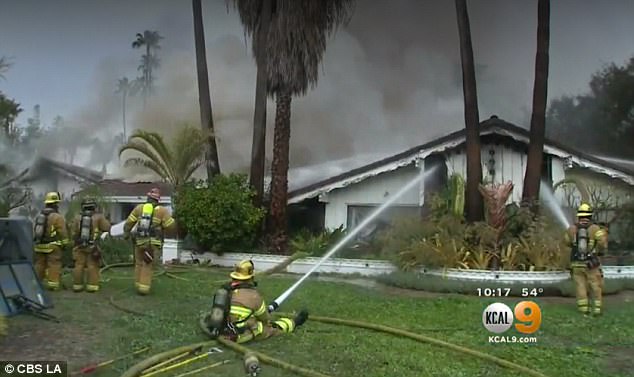 It took firefighters two hours to extinguished the flames, which caused the roof to cave in 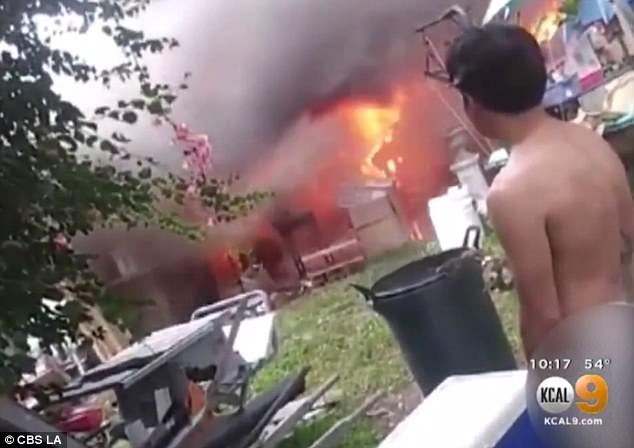 Lovelorn: Pham, an electrical engineer, had just installed new kitchen appliances to try and win back his ex-wife 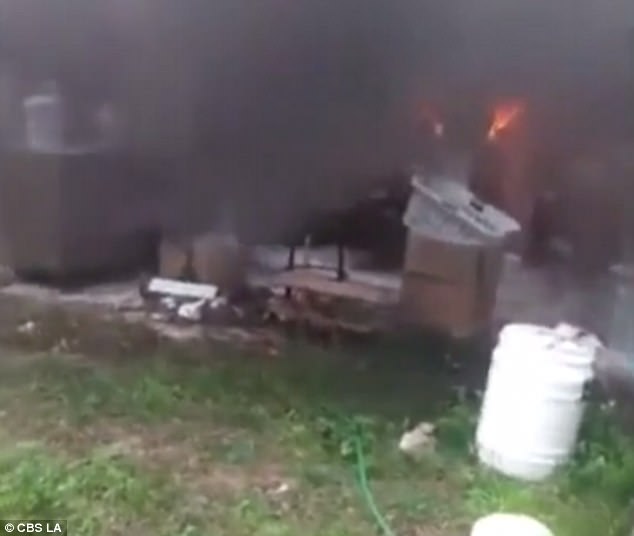 Obstructions: A fire captain said hoarding conditions at the property have exacerbated the severity of the fire

The homeowner said he lost all of his possessions, including the brand new, top-of-the-line kitchen appliances he had just installed to win back his ex-wife.

‘That’s what I wanted to woo my wife with,’ Pham said, while sitting in a friend’s van wearing borrower clothes.

Despite being left with nothing in the wake of the blaze, Pham remained optimistic.

‘Life has a funny way,’ he waxed philosophical. ‘It turns you upside down. Who knows, maybe I’ll find a break in it.’ 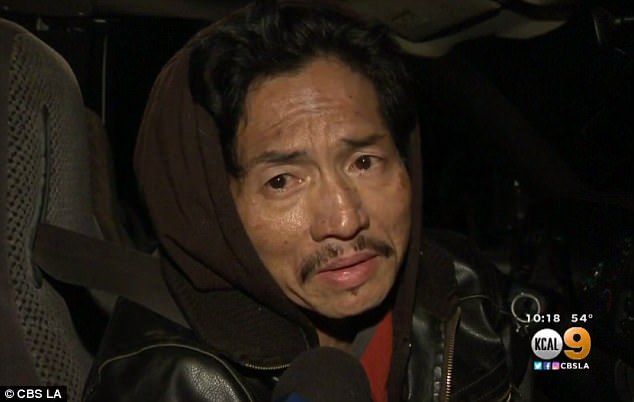 Pham suffered minor burns in the inferno, which consumed all of his possessions

Pham’s tenant Daniel Battista described the heat radiating from the fire as ‘unbearable’ and told ABC7 that he grew scared when the windows started blowing out, sending shards of glass flying everywhere.

Garden Grove Fire Department Captain Brad Spell said the severity of the fire was exacerbated by hoarding conditions at the property, which also made firefighters’ work more difficult.

The underlying cause of the fire is still under investigation.