Man fails at opening champagne bottle with a knife

Sometimes things are best left to the professionals, as one man proved while failing at using a knife to slice open a champagne bottle.

The impressive party trick — a technique called ‘sabrage,’ popularized by Napoleon’s troops — traditionally adds much pizzazz to celebrations when pulled off correctly, but in the hands of an amateur, it can be a total embarrassment.

And waste of perfectly good champers. 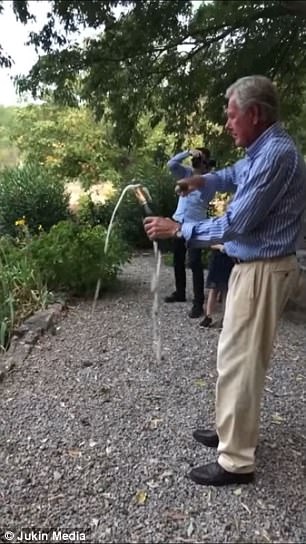 In this video, a man can be seen attempting to wow an audience — and eagerly awaiting photographer poised to capture the glorious moment — with his sabrage skills, using what appears to be a champagne sword to cut off the top of a bottle of bubbly.

Holding the bottle at arm’s length, the man takes a few practice swings at the bottle’s neck, before committing to the party trick.

His first attempt to smoothly lop off the top of the bottle is defeated, as not enough force has been applied behind the knife stroke.

The man has slightly more success with his second strike, which cracks the bottle, enough to allow champagne to fizzily leak all over his hand. 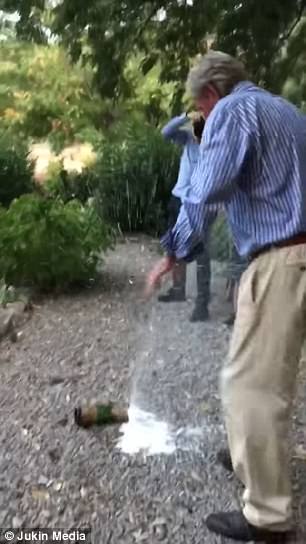 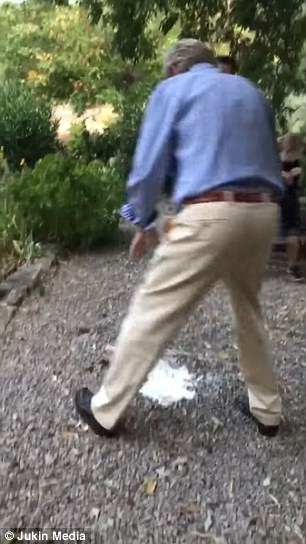 Sadly for the man, he doesn’t quite get the trick right and the bottle tumbles to the floor, spraying champagne everywhere

As the man scrambles to pick up the bottle, a little girl runs away to avoid being drenched by bubbly, while his off-camera audience laughs.

Fortunately, it doesn’t appear as though anybody was injured during the failed champagne bottle stunt.

When done correctly, opening a champagne bottle with a knife or sword involves one smooth strike below the lip of the champagne bottle, which breaks off the top of the neck, leaving the contents ready to be poured.