A man has captured the moment his elderly neighbour reversed into his car after months of harassment.

Chris Judd filmed his neighbour, Annalise (pictured), reverse into his car on their Gold Coast street after months of disputes

Annalise admitted to 9News that she ‘slowly’ hit the car before later denying it.

Chris claims it is the third time she has hit his car and she often kicks his door at all hours of the night telling them to turn off their machinery.

In a heated verbal altercation between the pair, Annalise claimed her neighbour called her an idiot twice and used the F-word.

Annalise told police she accidentally hit the car as there isn’t enough room for both of them to fit in the parking spaces.

When asked if she would pay damages she said: ‘Well, I don’t know, if it’s not too much. I’m only a pensioner.’ 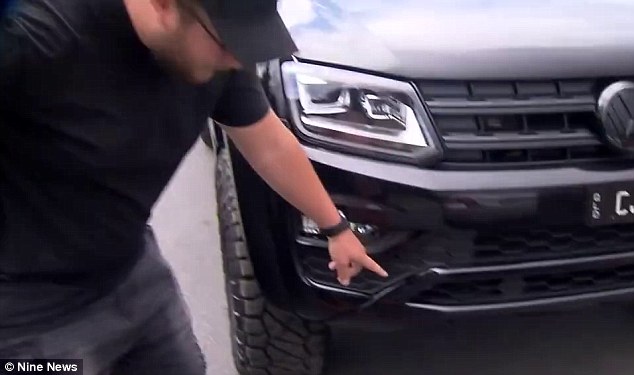 The 88-year-old admitted she hit the car (pictured) before later denying it. She told the police it was an accident