Several subway passengers received medical treatment after being exposed to pepper spray by two men who were having a fight on the packed train.

Around 20 people were doused with pepper spray on Saturday night when a man pressed the button on a pepper spray can and aimed it at another man he was fighting with.

The irritant was discharged on a number two train near the Beverly Road station in East Flatbush, according to police.

Passengers on the train – including children – were coughing and choking while others had to be stretchered away to hospital.

Emergency medical technicians treated six people at the scene and took the others to local hospitals. 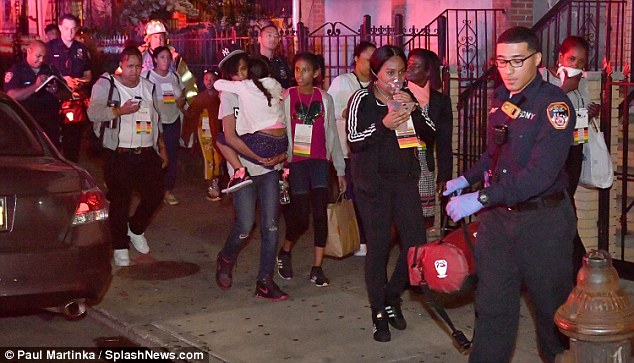 Some were given oxygen masks to counteract the irritant that they were exposed to.

‘All of this was over a stupid fight,’ a passenger said.

It is unclear if any of the people had direct contact with the irritant; the FDNY said none of the injuries were serious.

The incident caused delays in both directions on the two line Saturday night, according to the Metropolitan Transportation Agency.

The two people involved in the argument ran away and have not been caught, police said.

It comes a number of months after a similar incident on a subway train when a man fired off a pepper spray canister after becoming at being asked to free up seats.

In April, commuters found David Dennis, 24, taking up a number of seats on the Manhattan-bound A train pulling into the High Street station around 8.15 am on Thursday in New York. 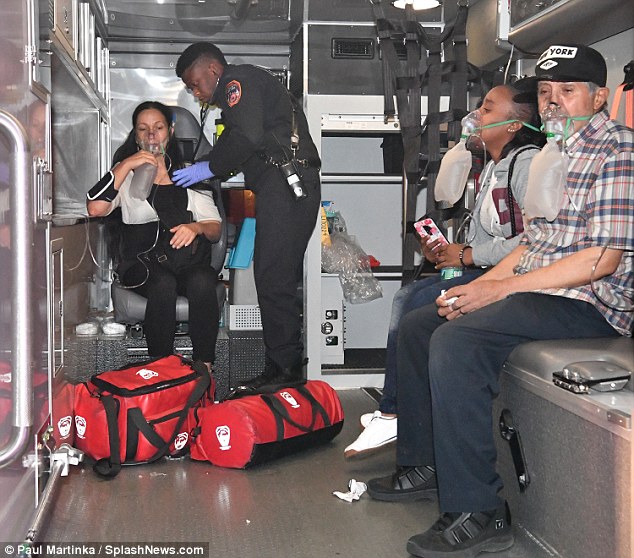 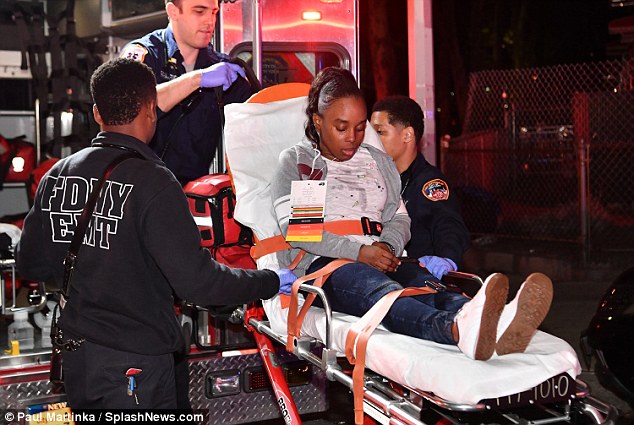 When they asked Dennis to sit up and make room for other riders, he whipped out a can of pepper spray and blasted one female passenger, who was standing, in the face.

All of the passengers were ushered off the train, which the NYPD ordered held in the station for the next 90 minutes while police carried out an investigation.

Other passengers were also given oxygen masks to counteract the irritant they had being exposed to.