A 21-year-old man has been identified as the victim who was found dead inside a house in Maryland that burned down earlier this month, and where mysterious tunnels were discovered in the yard.

The body of Askia Khafra, of Silver Spring, was discovered in the basement of a home in the 5200 block of Danbury Road in Bethesda after the September 10 house fire.

The officer of the Chief Medical Examiner’s Office has conducted an autopsy to determine the cause and manner of death, the results of which are still pending. 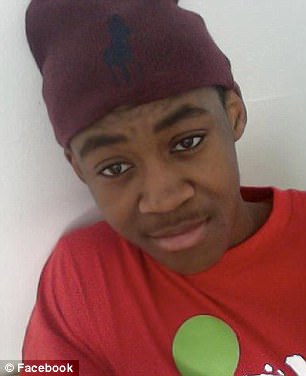 Askia Khafra, 21 (pictured left and right( has been identified as the person who was found dead in the baemant of a Maryland home earlier this month 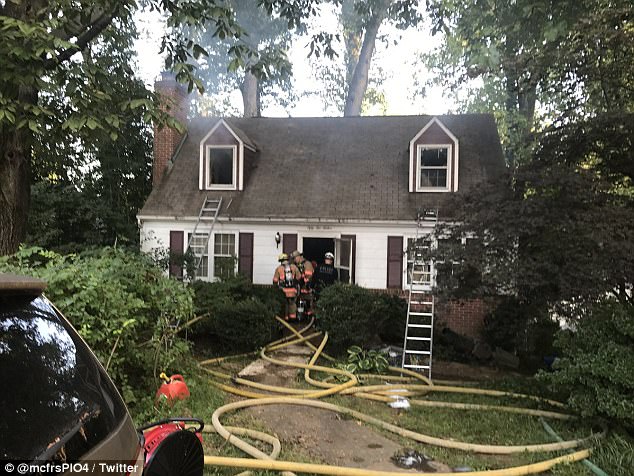 Mystery fire: This home in the 5200 block of Danbury Road in Bethesda, Maryland, became engulfed in flames  on September 10

Police offices and firefighters responded to the house in north Bethesda at 4.23pm on September 10 after getting reports about a fire.

After getting the flames under control, firefighters entered the residence and found Askia Khafra dead in the basement.

Another man was found outside the home and was taken to a hospital to be treated for non-life-threatening injuries. The surviving victim, who lived at the house, has not been identified.

On Tuesday, bomb technicians and explosives experts descended on the fire-ravaged house and spent hours looking for clues. Their search reportedly turned up the tunnels in the yard, whose purpose is still unknown. 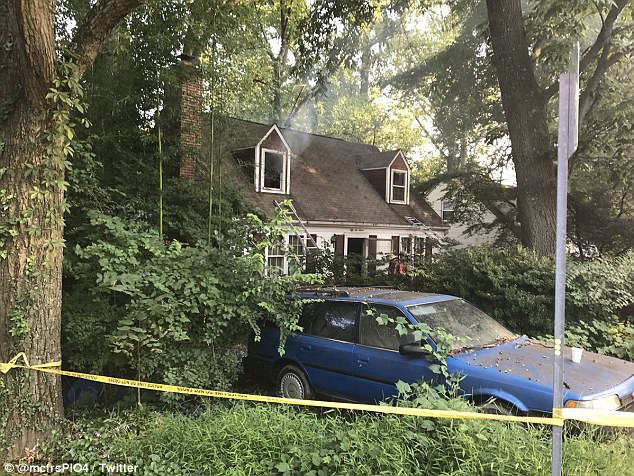 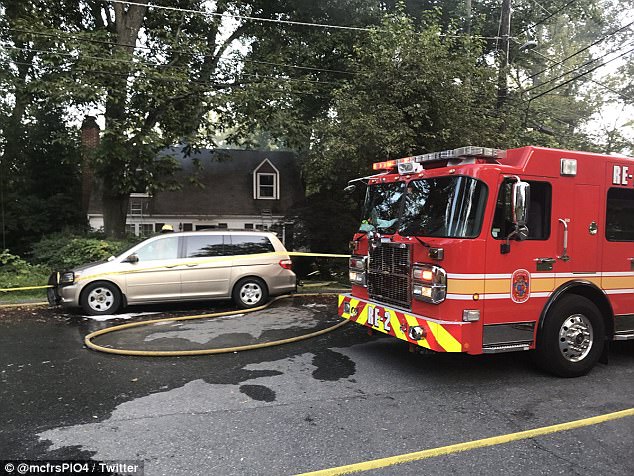 A series of tunnels were discovered underneath the yard, and their purpose remains unknown

Investigators also collected and tested chemicals they found on the property, reported NBC Washington. Police described conditions inside the single-family home as a ‘hoarding situation.’

Khafra did not live at the house. According police, the person who resided there did ‘excavation’ on the property, presumably using the earth-moving equipment that was found in the yard.

Bethesda is home to Walter Reed Medical Center. According to the 2000 Census, the Dc suburb of 60,000 people was the best-educated city in the US where the median income for a household was more than $117,00. 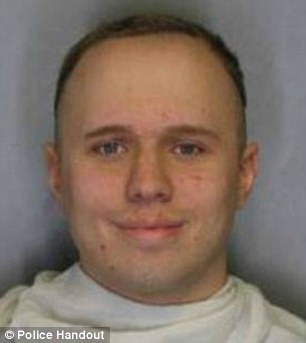 Police would not reveal the name of the resident, but neighbors identified him as 26-year-old Daniel Beckwitt, a suspected computer hacker with a criminal past, according to reporting by Fox5 DC.

Beckwitt had been studying engineering at the University of Illinois until the winter of 2013, when he was arrested for tampering with school computers to access sensitive information.

He eventually pleaded guilty to computer fraud and was sentenced to probation. It is unclear how he was connected to Askia Khafra.

On Facebook, a childhood friend of Khafra’s remembered him as genuine and resourceful person.

Another long-time friend described the 21-year-old as light-heartened and kind, and said that he will never be forgotten.

As of Wednesday. no one has been arrested or charged in connection to the fire or Khafra’s death.