Man in blackface pictured standing next to Medley, Florida MAYOR at police fundraiser

A police department in Florida is under fire after an attendee at a departmental fundraiser donned blackface makeup and posed for a picture with the town’s mayor.

The unidentified 78-year-old man who wore blackface to the September 20 event held by the Medley Police Department is not a police officer, but was attending the department’s annual fashion show for senior citizens.

This year’s theme was ‘African safari,’ and photos from the event obtained by WPLG-TV show the blacked-up retiree posing next to a smiling Medley Mayor Roberto Martell.

‘It definitely shows ignorance but, more importantly, it shows racial insensitivity,’ said Ruban Roberts, president of the NAACP in Miami-Dade County, in an interview with the ABC affiliate. 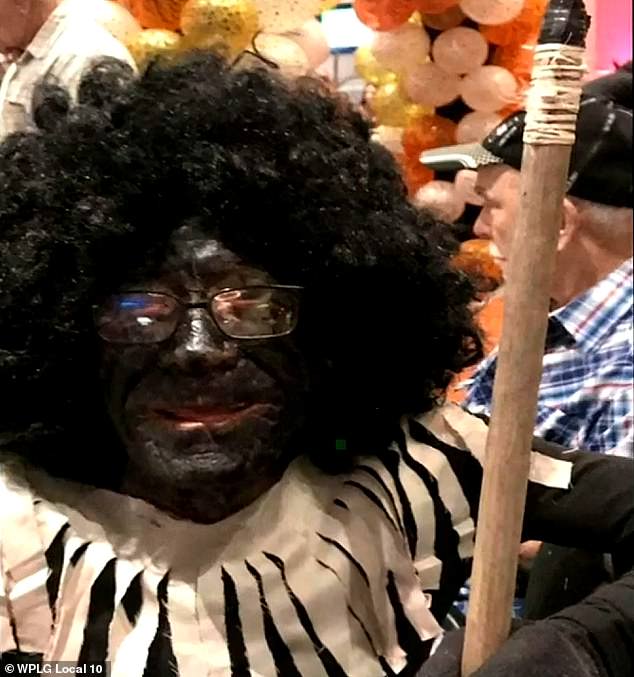 Medley, a small town in Northwest Miami-Dade, is about 92 percent Hispanic and about 1 percent black, according to the 2010 Census. .

At last week’s event, images from social media show that the man in blackface was cheered on by participants, and even won an award.

‘The Medley Police Department has been running our senior fashion show for 19 years,’ Medley Police Chief Jeanette Said-Jinete said in a statement.

‘This event brings our senior citizens together to promote community and have a good time. This year’s theme was African Safari, and unfortunately, a 78-year-old participant dressed inappropriately and clearly did not understand how others might be offended. For this, we apologize and regret the incident,’ the statement continued. 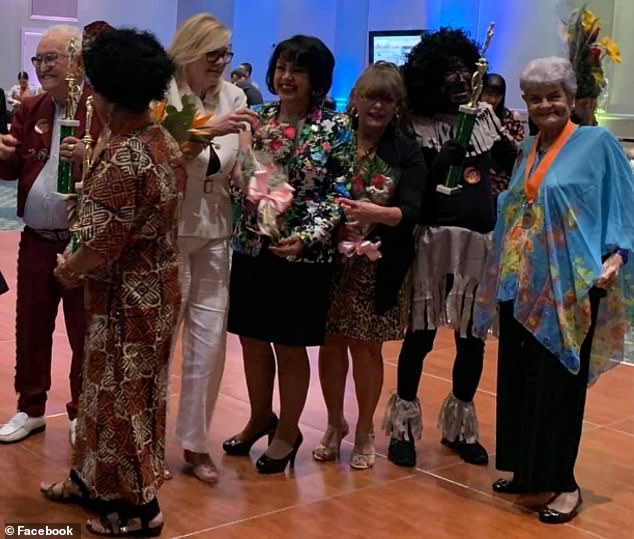 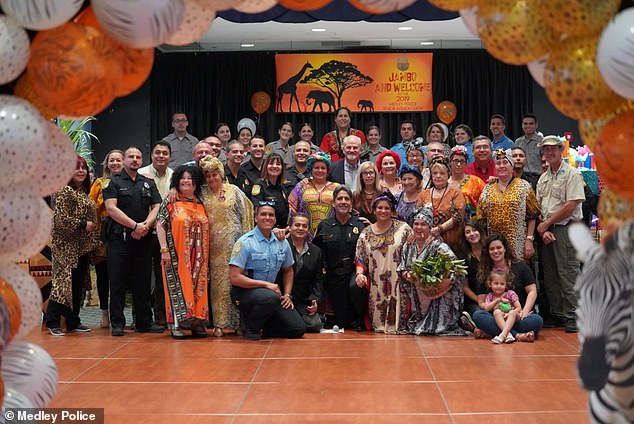 Images on social media show a man in blackface dancing and being cheered on. He even got an award at the fashion show.

Mayor Martell, who was reached while out of town by the Miami Herald, said ‘there was no malice involved.’

‘This was one of our seniors who dressed up,’ he said. ‘We never wanted to hurt anyone’s feelings.’

He said he planned on meeting with the NAACP this week.

Roberts of the NAACP told the newspaper that he looked forward to meeting with the mayor, and that the incident was offensive and ‘shows poor taste.’

‘It’s sad in 2019 that we are dealing with this issue,’ said Roberts. ‘We should be beyond this. It shows no purpose.’