A man has been taken into custody in relation to a horrific sexual assault of a seven-year-old girl in her Ellenbrook home on Boxing day.

The development comes hours after police released footage of a man climbing over a wall near the home where the attack took place on Sunday.

It is not known if the man in custody is linked to the CCTV footage.

Earlier, Sex Crime Division Inspector Hamish McKenzie confirmed police were looking for a potential suspect to ‘implicate or eliminate’ him from their investigation.

CCTV footage released on Wednesday shows a man in the area of Ellenbrook in Perth’s north eastern suburbs, on the night of the attack at around 12.30am. 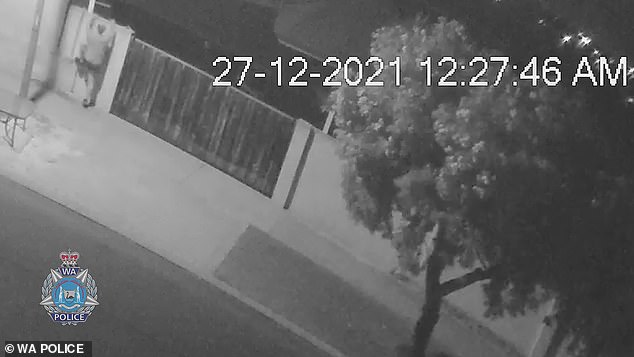 The man was filmed in the area on the night of the attack at around 12.30am (pictured)

The man, dressed in a t-shirt, shorts and sandals, is seen walking along the street before he climbs the wall to peer over it.

He walks away and then returns a few minutes later, carrying a backpack, and jumps over the fence.

Police described the possible suspect as being between 180cm and 190cm tall with fair skin and an ‘athletic’ build. 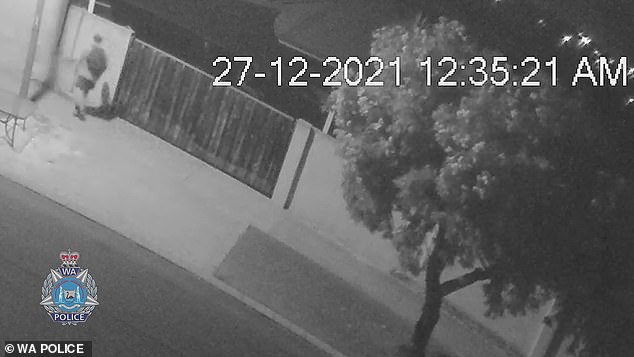 He is also described as having short, cropped hair and may be balding.

Police asked the man in the footage to come forward for questioning and have also urged anyone who may be able to identify the person to contact police.

‘We’re identifying him as a person who can help us in our enquiries at this stage,’ Detective Inspector Hamish McKenzie said on Wednesday afternoon.

‘Obviously he’s jumping a fence just after midnight during the times in question, so he becomes important to us and we need to understand what he was doing the area and why he was climbing the fence.’ 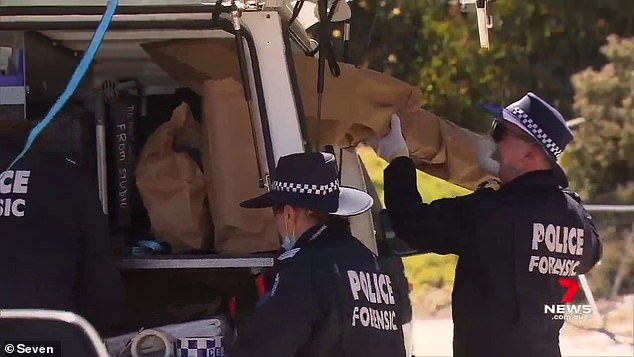 WA Police has said they’re throwing every resource into finding the attacker who sexually assaulted a seven-year-old girl at her family home in Perth’s northern suburbs (pictured, forensic police collect evidence near Ellenbrook in Perth)

Police are still trying to determine if a sexual assault on a seven-year-old girl was a targeted attack or if it was carried out during a home burglary.

The girl’s parents put her to bed ‘as normal’ at around 8pm on Sunday before the shocking attack unfolded as her parents and a sibling slept nearby.

Police believe the predator may have entered the home by removing a small white flyscreen from a window in another room before making his way to the girl’s room. 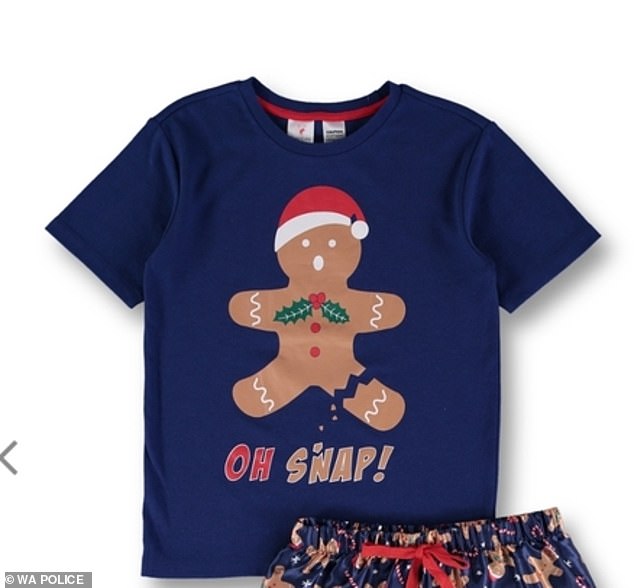 It wasn’t until 9am the next day that the girl disclosed to her parents that she had been sexually assaulted, prompting them to immediately call police.

The little girl was taken Perth Children’s Hospital where she was attended by medical staff and questioned by a specialist child interviewer.

A mesh fly-screen and a navy blue Best and Less pyjama top emblazoned with a gingerbread man belonging to the victim were reported missing from the house.

Forensic police, child sex crime officers, and detectives scoured the area on Monday while a wall bordering the Ellenbrook property remains a focus of the investigation.

The mounted police, drone operators and forensics also searched a large grassed area near the home on Tuesday. 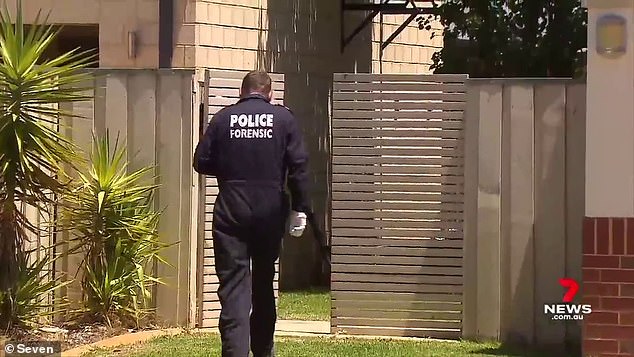 WA Police said the case is being given top priority as forensic police (pictured), child sex crime officers, and detectives scoured the area on Monday and Tuesday, expanding their search on Wednesday

‘We have had some developments overnight in that we’ve located the flyscreen that we’ve been looking for within the search area,’ Det Insp McKenzie said.

‘So that’s a particularly pleasing development for us. And that has been clinically tested as we speak.’ 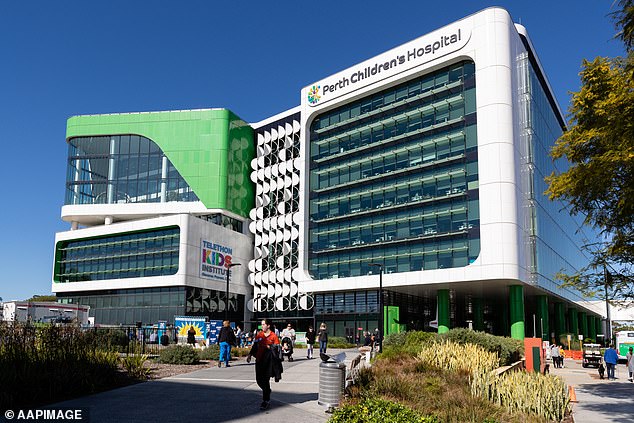 The girl’s missing Christmas pyjama top is yet to be found.

WA Police said the case is being given top priority and they are ‘throwing everything we have at this investigation’.

Several known sex offenders who live nearby the family home are currently being questioned by police.

Det Insp McKenzie refused to reveal how many were on the list but said officers are currently questioning each offender to eliminate them from the investigation.