A man in his 20s is fighting for his life after being shot in Stonebridge, north west London.

Police were called to the scene at 8.34pm following reports of a man suffering from gunshot injuries on Lawrence Avenue in Brent.

A Scotland Yard spokeswoman said: ‘A man, believed to be aged in his 20s, has been taken to a central London hospital with injuries that are believed to be life-threatening. 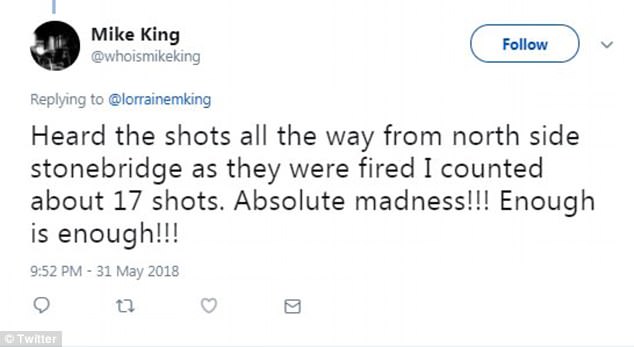 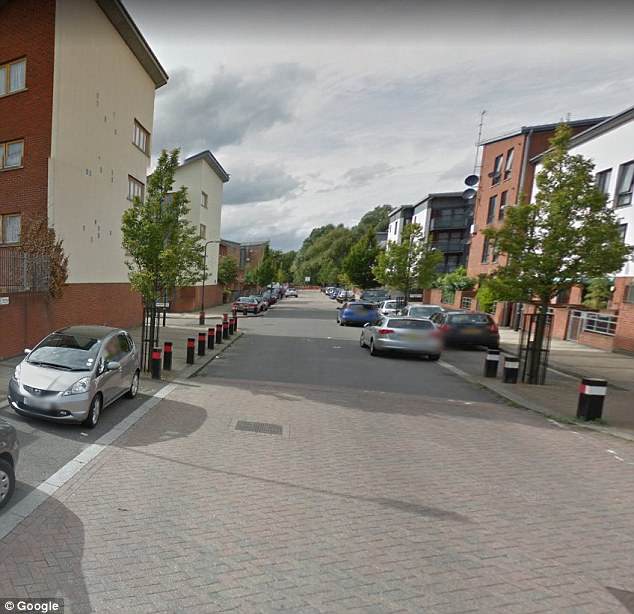 The shooting happened shortly before 9pm on Lawrence Avenue in Stonebridge, pictured

‘A crime scene is in place.

‘No arrests at this stage; enquiries continue.’

One man on Twitter said: ‘Heard shots all the way from north side Stonebridge as they were fired I counted about 17 shots. Absolute madness!!! Enough is enough!!!’