Man in the Dominican Republic is caught by his daughter SEXUALLY ABUSING HIS MOTHER, who later dies

A man in the Dominican Republic is busted by his daughter as he is SEXUALLY ABUSING HIS OWN MOTHER, 89, who later dies

A mother in the Dominican Republic died Sunday after she was allegedly sexually abused by her son in the municipality of Villa Hermosa.

Lucila Rodriguez, 89, was found dead in her home after her granddaughter walked into a room and caught her dad Hipolito Paulino Rodriguez attacking her grandmother, according to various reports. Lucila Rodriguez was allegedly sexually abused by her son, Hipolito Paulino Rodriguez,  in the Dominican Republic on Sunday

Lucila’s granddaughter alerted police officers who arrived on the scene and arrested  him.

It wasn’t the only time that Paulino Rodriguez had abused his mother, according to family members that spoke to Noticias Sin. 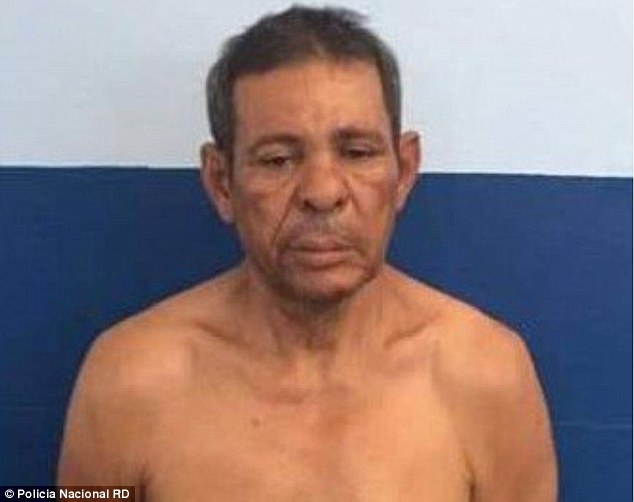 Hipolito Paulino Rodriguez is accused of sexually assaulting his mother, 89-year-old Lucila Rodriguez on Sunday before she died. His daughter caught him in the act and called the cops

Rodriguez would have turned 90-years-old in October.

The investigating magistrate, Juana Andrea Familia, told the Daily Mail that the woman’s corpse was sent to the coroner’s office where an official autopsy will be performed to determine the cause of death.