Man is able to hear after having earwax removed

Watch the satisfying moment a man is finally able to hear again after having a stubborn piece of earwax removed.

Ear specialist Neel Raithatha removed the collection of wax and matted hair from the unnamed patient’s ear at his surgery in Oadby, Leicestershire.

In a clip that has been viewed more than 50,000 times on YouTube, Mr Raithatha is seen tugging the earwax off the patient’s canal walls, where it had become attached.

After two minutes, the wax was finally removed, giving the patient relief from their agonising pain.

It is unclear how long the patient suffered wax build up for. 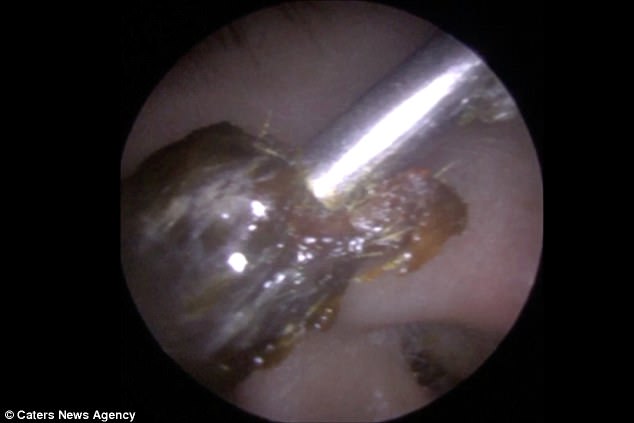 After two minutes of tugging, Mr Raithatha removed the wax via an endoscope technique

Earwax usually falls out on its own, however, in some cases it can become blocked.

It cannot be prevented as the wax is there to protect ears from dirt and germs.

Using ear drops softens wax, which helps it to fall out and prevents blockages.

You are more likely to suffer if:

These usually improve when the wax is removed, which occurs via using drops, or having the wax flushed or sucked out at a GP surgery.

‘The patient was unable to hear’

The procedure was performed via an endoscope in a technique Mr Raithatha developed himself, which involves examining the inside of a patient’s inner ear cavity.

Mr Raithatha said: ‘The earwax was dry, matted with hair, impacted and adhered to the ear canal walls.

‘The patient was unable to hear as a result and found the ear wax painful.

‘I had to use an ear hook to separate the ear wax from the ear canal walls and then to literally tug it out of the ear.’

‘Can be very debilitating and isolating’

He said: ‘It is not life-threatening unless the patient is unable to hear, for example, oncoming traffic when crossing the road.

‘However, it can be very debilitating and be isolating for the individual.

‘It is not recommended to self-remove earwax.

‘Cotton buds only serve to push the earwax deeper into the ear canal. They too can graze the ear canal walls and in the worst case scenario perforate the eardrum.’ 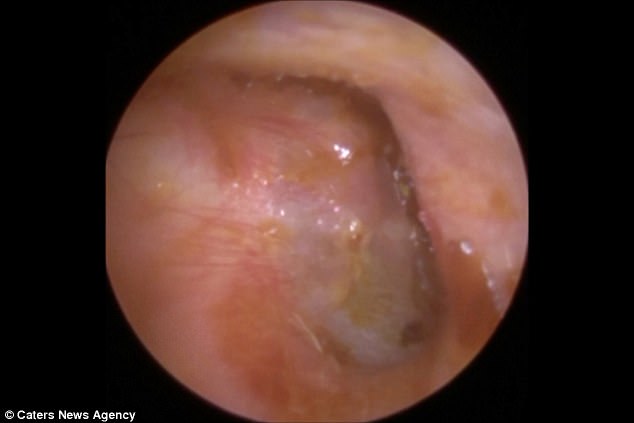 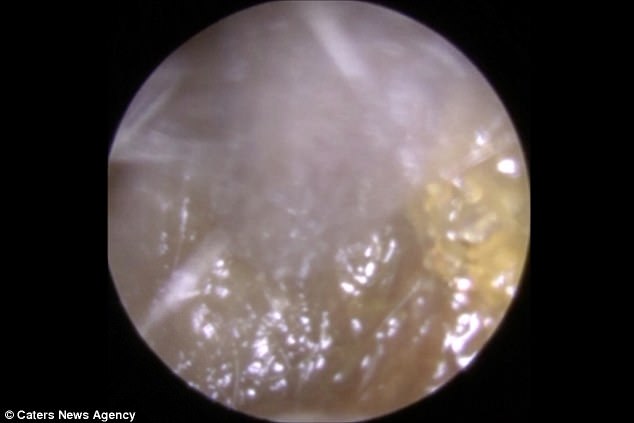 It is unclear how long the patient, who was in pain, had suffered from earwax build up for