A man has been arrested on suspicion of attempted murder after a passenger was shoved onto the tracks at a tube station in London.

He remains in custody after the victim ended up on the tracks at London’s Barons Court tube station.

Police medics and the metropolitan police attended the scene.

One witness posted on Twitter: ‘Landed back in London, get on tube to go home, then someone pushes someone else onto the train tracks and run onto our tube.. police everywhere.. pretty scary but reassuring how fast our emergency services are.. some crazy people out there..’

In a statement, British Transport Police said: ‘At approximately 11.15pm on Sunday evening, officers were called to Barons Court station after reports of an assault resulting in a person falling onto the tracks.

‘Police were quickly on scene and a man was arrested on suspicion of attempted murder. 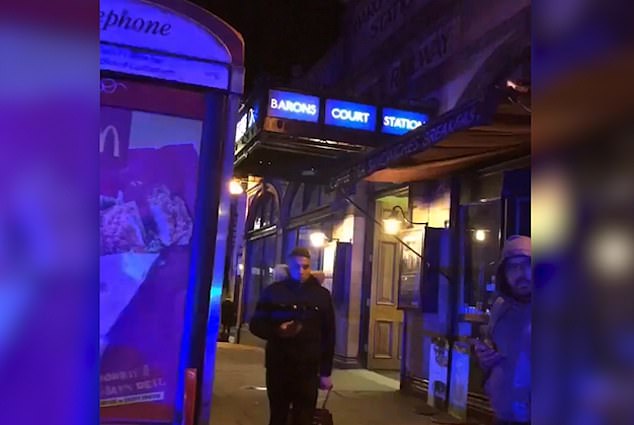 ‘He has been taken into custody as enquiries continue.’

The victim, a man in his 30s, has been taken to hospital for treatment for minor injuries.

British Transport Police confirmed the incident on Twitter and have asked anything with information to text them on 61016.