Man is caught in the act cutting the brake line on NYPD van, police say

Jeremy A Trapp, 24, was arrested on Friday in Brooklyn after cops said he cut the brake line on a marked NYPD van

A man has been arrested in Brooklyn after cops said that he crawled under a marked NYPD van and cut the brake line in broad daylight.

Jeremy A Trapp, 24, was charged with reckless endangerment, criminal mischief and other charges after police say they caught him red handed on Friday afternoon the Sunset Park neighborhood.

Cops were watching — and filming — after they spotted a person underneath the van, and apprehended Trapp as he got up and tried to flee, WBNC-TV reported.

Images provided to the outlet by police purport to show Trapp as he emerges from underneath the van, which was parked outside the NYPD’s processing center for applicants at 4th Avenue and 42nd Street. 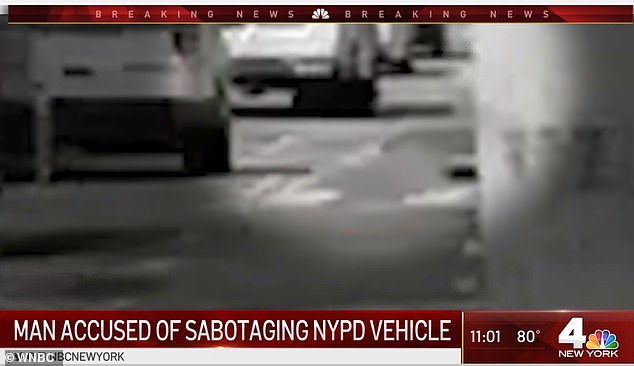 A police source provided this image to WNBC, which allegedly shows Trapp emerging from underneath the van. He was immediately taken into custody

An investigation by a department mechanic revealed that the brake line on the van had been severed and the brakes were no longer functional, according to police.

Cops call the incident a brazen attack on officers that could have injured or even killed NYPD officers.

Police officials told the NBC flagship station that Trapp was well known to cops, and had frequently been seen coming and going from the Occupy City Hall protest in Manhattan.

Protesters have been camped outside City Hall for weeks calling for the NYPD to be defunded, remaining even after Mayor Bill de Blasio slashed $1 billion from the department’s $6 billion annual budget.

It is the latest disturbing example of violence directed toward police in New York, where protests over police practices and demands to defund the NYPD have grown in recent weeks. 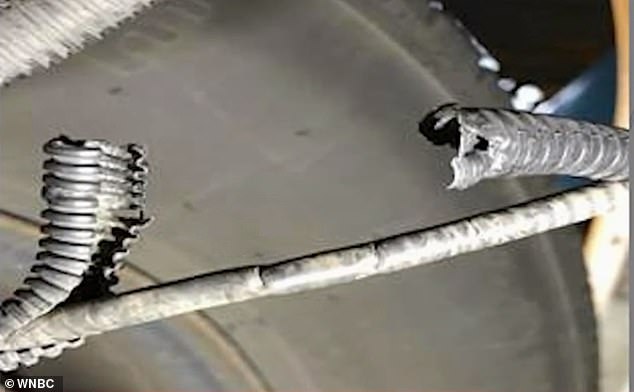 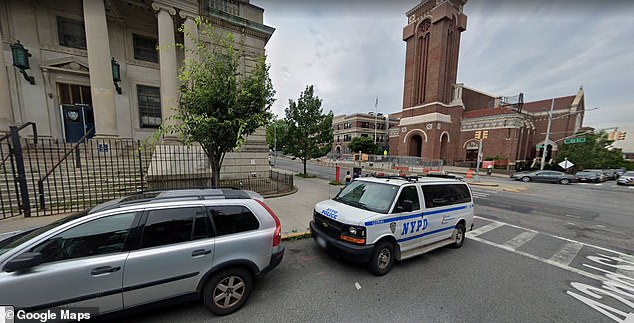 On Saturday night, a police officer was struck in the head by a bottle lobbed by a man in a Hawaiian shirt in the Brooklyn Crown Heights neighborhood. Police said no arrests had been made in the case.

On Wednesday, what was supposed to be a peaceful Black Lives Matter protest turned violent when a small faction assaulted police officers, including NYPD Chief of Department Terence Monahan.

Quran Campbell, 25, was released without bail after being charged with assault for allegedly punching Monahan in the face and striking a lieutenant.

On Friday, Monahan took to Twitter to blast the judge who ordered Campbell’s release without bail, accusing him of putting police officers and the general public at risk.

‘Quran Campbell is captured on video for the nation to witness him viciously assault 3 cops in uniform — 1 who lost consciousness,’ the chief wrote. ‘Judge Robert Rosenthal’s reckless decision to release Mr. Campbell WITHOUT BAIL endangers every NYer and the officers who risk it all to protect them.’ 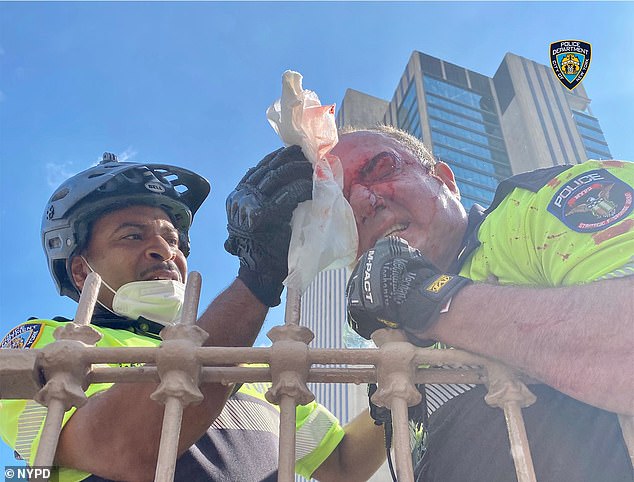 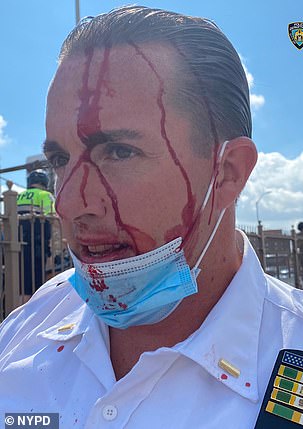 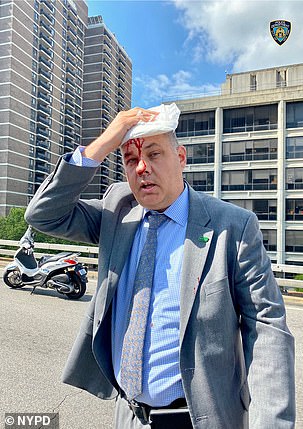 Other police photos of the aftermath showed a lieutenant with a bloodied face, and a detective holding a bandage to his head

Two other officers – a lieutenant and a sergeant – sustained more serious injuries in the fracas that broke out during dueling pro- and -anti-police protests on the iconic bridge spanning the East River.

‘My sergeant who works with me was hit in the head with a cane,’ Monahan told Good Day New York on Thursday. ‘He got eight staples put in his head; one of the lieutenants out on the walkway was attacked by an individual — he had the broken orbital bone in his face.’

Monahan identified the person who attacked Lt Richard Mack as Campbell, and said that as he reached over to grab the suspect, the 25-year-old punched him several times before getting arrested.

On Thursday, a New Jersey woman was charged in the bridge brawl after allegedly beating beating two officers over the head with a cane.

Chanice Reyes, 24, was arrested during an early morning raid near City Hall, a day after footage released by the NYPD showed a suspect clubbing cops.