Train killer Darren Pencille smokes cannabis on a YouTube video that reveals his long links to London gangs and convictions for violent crime, burglary and possession of knives and a gun

The ‘psycho’ train passenger who knifed to death a man on a commuter train in front of his teenage son was today found guilty of his murder.

Darren Pencille, 36, murdered 51-year-old Lee Pomeroy in a ‘savage and unrelenting’ onslaught on board the Guildford to London Waterloo train on January 4.

Pencille is a career criminal who bragged about his convictions for carrying guns and knives and fighting rivals ‘to the f***ing death’ for his South London gang, MailOnline can reveal today.

He was a lieutenant in the South Man Syndicate [SMS] crew in the capital whose members have terrorised the areas of Tooting, Streatham and Thornton Heath since the 1990s.

His extraordinary criminal past of more than dozen convictions – including slicing a man’s neck over a Rizla cigarette paper – was revealed in a gang video posted on YouTube where he called on an enemy to meet and fight him.

His murder victim Mr Pomeroy died on the eve of his 52nd birthday and was on his way to London for a day out with his 14-year-old son.

A row broke out after cannabis-addict Pencille made a ‘rather snide’ remark as he jostled past the Pomeroys up the aisle moments after getting on in Surrey, sparking a war of words.

Knife-obsessed Pencille the pulled a blade from his pocket and knifed his victim 18 times including a fatal cut to his neck as the 14-year-old watched in horror.

Pencille got off at Clandon, where he was picked up by girlfriend Chelsea Mitchell, 28, who ferried him away from the scene and helped him change his appearance. She was found guilty of assisting an offender today. 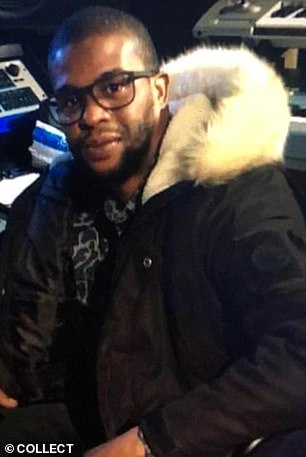 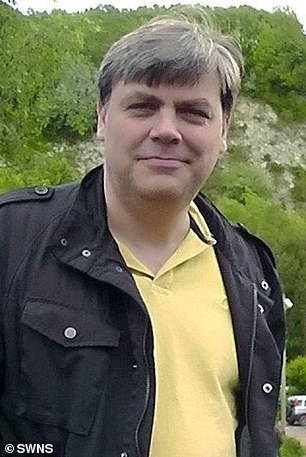 Darren Pencille, 36, is today guilty of murdering Lee Pomeroy on a Guildford to London train in front of his 14-year-old son 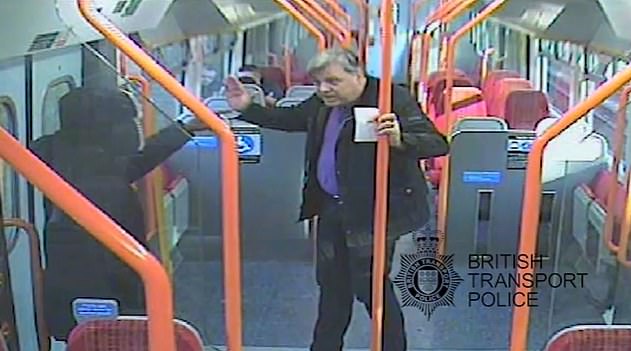 Pencille’s girlfriend Chelsea Mitchell drove him around the south of England after the murder and helped him change his appearance. She is guilty of assisting an offender at the the Old Bailey, where Lee Pomeroy’s widow Svetlana attended the trial each day (right)

One fellow gangmember who knew him well told MailOnline when he was arrested for murdering Lee Pomeroy in January: ‘He smoked weed constantly and was a complete psycho. I feel so sorry for the man he killed and his son’.

The killer, who faces life behind bars today, revealed his criminal past online after he was accused by another gang in south London of being a rapist and a police ‘snitch’.

In response Pencille revealed his extraordinary list of criminal convictions and handwritten police statements to deny the allegations by proving he was never guilty of any sex offences.

MailOnline can reveal today Pencille had been charged with rape in his home town of Loughborough, Leicestershire, but the charge was later discontinued.

In the YouTube video, Pencille says to his rival who calls him a ‘snitch’: ‘You’re not in my league bruv – you’re not on my radar. You ran, remember?’

When asked what he would say to anyone who believes he was a police informant he responds: ‘Suck your mum. Why don’t you come and confront me? I say that anyone’, adding: ‘SMS to the f***** death’.

As the train killer smokes cannabis in the background of the video, believed to be from ten years ago, a friend shows six pages of Crown Prosecution Service documents. 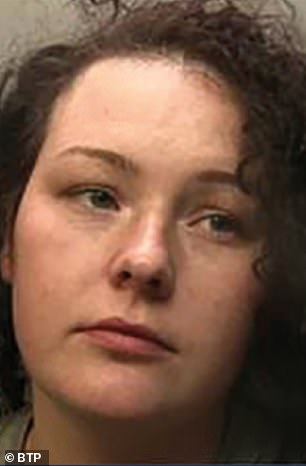 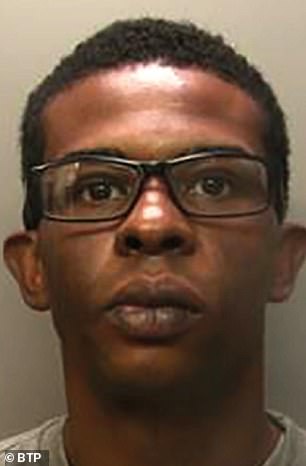 They reveal Pencille had been in prison and young offenders’ institutions on at least three occasions between 1999 and 2004.

In 2004 he was convicted of possession of a gun and ammunition and jailed for just under three years.

Two years earlier he was twice caught carrying a knife on the streets of London, but was given a fine and community service.

Pencille also has one conviction for ABH, two for burglary, one of fraud, two thefts and driving without insurance.

The killer also was sent back to prison twice for failing to meet his bail conditions, MailOnline understands.

Pencille appears to have become an SMS member in his mid-teens and remained affiliated to the group, which had around 100 members at its peak, and known for attacking rivals Brixton, Peckham, Lambeth, and Streatham.

Members as young as 12 have been linked to drugs offences and murders in London.

In 2010 he pleaded guilty to GBH with intent after stabbing a fellow hostel resident in West Norwood, south London, twice in the side of his neck, cutting his artery, and once in the shoulder following a ‘minor disagreement’ over Rizla papers.

Pencille was jailed for four and a half years for that attack.

Last year he admitted common assault after growing agitated at another housing facility in Brixton, screaming at a staff member that they were a ‘c**t’, adding: ‘I’m going to kill you.’

Pencille hammered on the staff room door with a fire extinguisher before traipsing away clutching a ‘long metallic object’ towards his bedroom where a kitchen knife was later found.

A consultant forensic psychiatrist who saw Pencille the day before the murder said he had been admitted to River House Medium Secure Unit in March 2015.

There he was observed to be ‘confrontational and agitated’ if he did not get his own way and ‘angry and threatening’ when his behaviour was challenged.

Pencille has been in contact with mental health services since 2003, has been diagnosed with paranoid schizophrenia and treated for psychotic symptoms.

But instead of taking his medication Pencille self-medicated with cannabis – which jurors heard would either calm him down or make him more argumentative.

There was deemed to have been ‘no concerns of risk to himself or others’ during his final appointment on January 3. 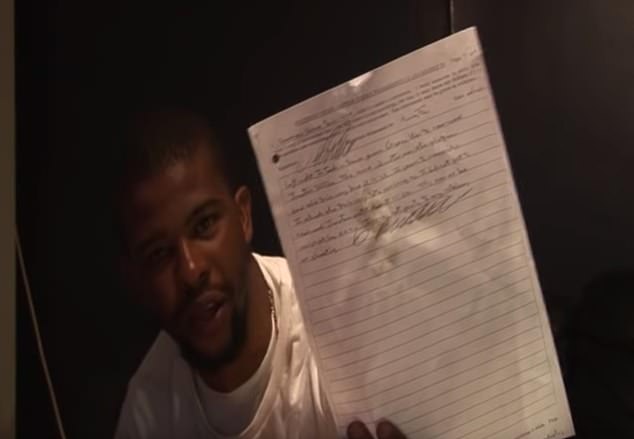 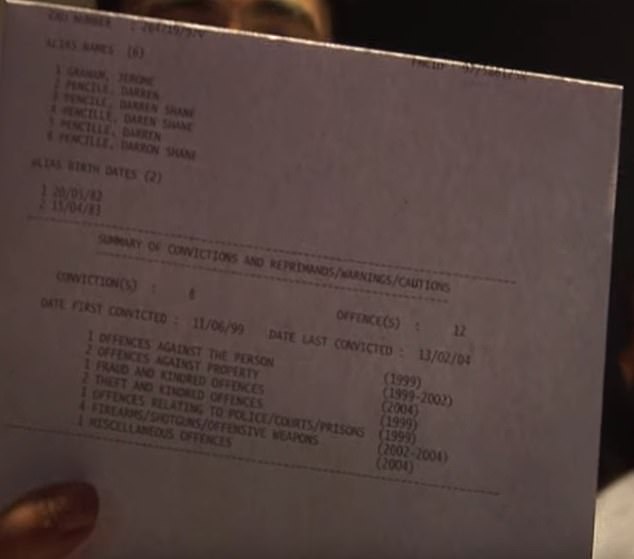 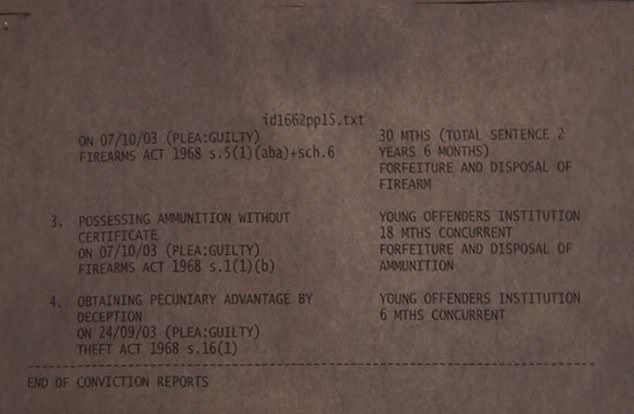 The most serious offence came in 2003 when he was jailed for 30 months for carrying a firearm and ammunition. He also had convictions for carrying knives

Pencille, 36, murdered IT consultant Lee Pomeroy, 51, on a Guildford to London train in January.

Mr Pomeroy, who died on the eve of his 52nd birthday, was on his way to the capital for a day out with his 14-year-old son.

The Old Bailey has heard how the argument broke out after Pencille made a ‘rather snide’ remark as he jostled past the Pomeroys up the aisle moments after getting on.

As the father remonstrated with him and before any punches had been thrown, he whipped a knife out of his jacket pocket and stabbed Mr Pomeroy in the neck, jurors were told.

Pencille got off at Clandon, where he was picked up by girlfriend Chelsea Mitchell, 28, who was accused of ferrying him away from the scene, helping him change his appearance and carrying out internet searches into the killing.

Jurors heard today how both Pencille and Mitchell used their phones later that to scour the internet for any mention of the murder.

They looked at articles in various websites about the stabbing, looked at tweets about it and researched hotels in the Aldershot, Portsmouth and Surrey. 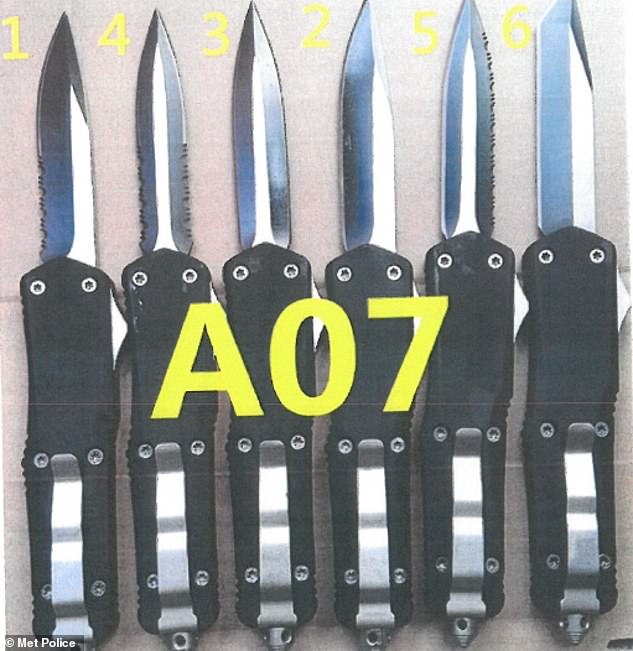 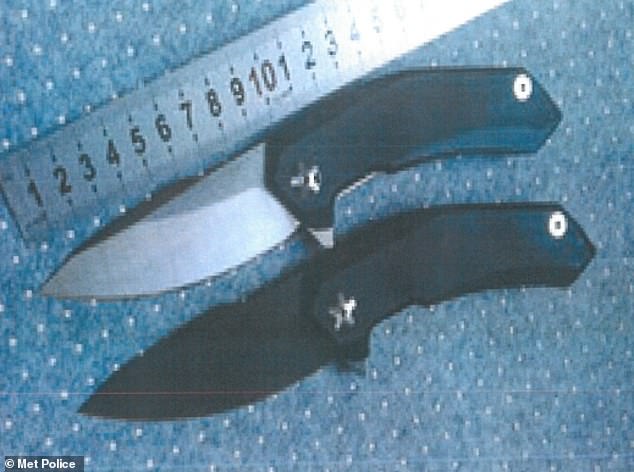 Jurors heard that when he was arrested over the fatal knife attack in January police seized and analysed his iPhone, which contained a series of knife pictures

Pencille, who was sporting a beard at the time, also did extensive research into where to buy hair clippers.

Mitchell picked up Pencille in her car and the two drove to her Surrey home and later went to Tesco in Chichester where she bought hair clippers.

The court was shown a video filmed by Mitchell, which showed Pencille with recently treated puncture wounds on his hand and elbow.

Mitchell, 27, who denied assisting an offender, lived with her violent boyfriend in Farnham, Surrey.

Neighbours told MailOnline how the couple made their lives a ‘living hell’ – and feared for their own safety.

One couple said: ‘They made ‘anonymous’ phone calls to my partners place of work claiming we are paedophiles.

Claiming we were making all kinds of noises day and night, which was simply all untrue.

‘Neither worked and moved in around Christmas 2017 and the first few months were fine.

‘Then around August 2018, their wild accusations about us, their loud music and repeated banging began.

‘I’ve been off work due to anxiety caused by the situation. My fiancée has now been signed off from her work.

‘We feel unable to move back to the flat because of what they put us through and now knowing what they have done, the thought of what could have happened to us is horrible’.