A man was mowed down and killed by a Boeing 737 as it took off at a major Russian airport.

Albert Yepremyan, 25, had been deported from Madrid to his native Armenia when he fled the terminal during a stopover in Moscow, say reports.

The pilot of a Moscow to Athens flight reported hitting an ‘animal’ on the runway at Sheremetyevo airport shortly before takeoff.

A man was hit and killed by a Boeing 737 after fleeing from his flight in Moscow to avoid deportation back to Armenia. He has been named as Albert Yepremyan, 25 (pictured)

No damage to the 737 was reported and it was decided not to abort the flight because the systems of the plane did not register any damage.

A runway inspection last night found a dead body and the man’s possessions.

A video released by the Russian Investigative Committee shows the macabre torchlight search on the runway.

Interfax news agency said the man had been deported from Madrid yesterday.

He was due to take an onward flight from Moscow to Armenian capital Yerevan.

Police had been called to the Madrid flight when it landed because the crew had reported the passenger had caused trouble on the aircraft.

According to one account, he had attacked a male member of the cabin crew. 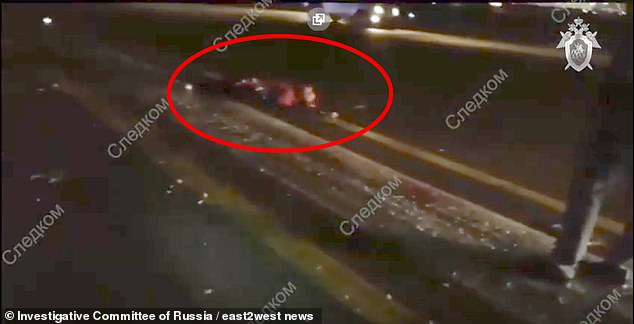 ‘But as soon as the man left the plane in Moscow, his fate was unknown,’ said an airport source.

‘He did not cross the border into Russia.’

Another report said the man – who had been living in Barcelona – was put on a terminal bus to the Yerevan plane, but then escaped.

The Boeing 737 was later said to have been grounded following its Athens flight after ‘biological material’ was found ‘on its wheels’. 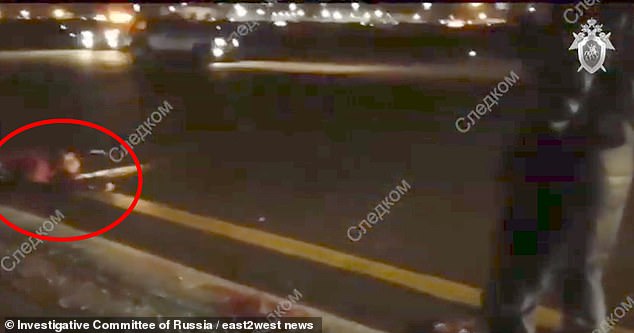 Fuselage damage was also reported to the plane which was flown by a Russian airline.

No further details were given.

A source told Interfax: ‘The crew of the passenger plane on the way to Athens has reported to air traffic control that they supposedly hit an animal on the runway during take off.

‘It was decided not to return the plane back to Moscow because the systems did not indicate any damage. 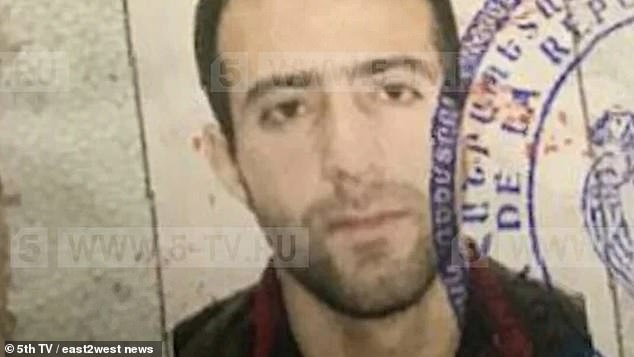 ‘Still it was decided to send the aviation security team to inspect the runway.

‘Having arrived to the scene, they reported that human remains were found’.

Anna Zakharenkova, spokeswoman for the airport: ‘At 8.10 pm a message was received from the crew that the plane had hit an unknown object.’

Russian news agencies quoted sources as saying the man was on a stopover in Moscow and had earlier picked a fight on board his flight from Spain.

The 25-year-old somehow ended up on the runway where ‘a Boeing 737 plane inflicted deadly injuries on him during takeoff,’ the Russian Investigative Committee said on Twitter.

Investigators said in a video posted on Twitter that they found parts from the man’s coat and a shoelace among the fragments scattered on the runway. No official criminal probe has been launched yet.

Sheremetyevo Airport did not immediately respond to a request for comment.

Russian news agencies said the man had been escorted by police in Sheremetyevo to the boarding gate for his connecting flight, but then walked away instead of boarding a bus to the plane. 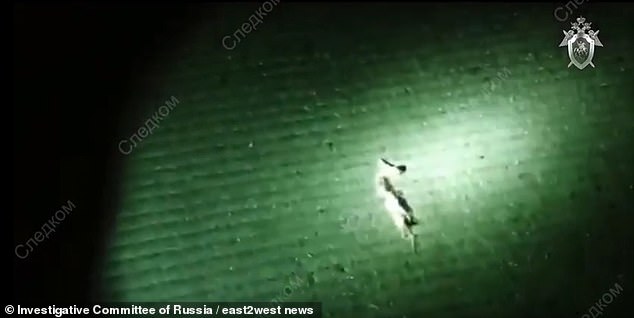 The 25-year-old somehow ended up on the runway where ‘a Boeing 737 plane inflicted deadly injuries on him during takeoff,’ the Russian Investigative Committee said

Sources quoted by Russian agencies said the man had been due to fly on to Armenia.

Interfax news agencies also quoted a source as saying that airport services and police inspected the plane when it landed in Athens and found ‘holes’ in the fuselage.

Aeroflot, which flies from Sheremetyevo, said on its website Wednesday that a number of flights have been rescheduled as one of the three runways was closed.