Camera crews have captured the emotional moment a man was reunited with his birth mother 50 years after she gave him up for adoption.

Curtis Zahnd came face-to-face with mom Judy Adler at Kansas City International Airport on Wednesday, with the long-lost duo spending their first ever Thanksgiving together.

Zahnd appeared overwhelmed as he watched Adler make her way through the arrivals terminal, before the pair enjoyed a long and tearful embrace.

The Missouri man was adopted when he was 20-days-old, and he tracked down Adler through an Ancestry.com DNA test.

‘My sister and I were both adopted and she found some family. She gave me the test kit and it sat on our counter for two years before I actually did anything with it,’ Zahnd explained to KSHB while waiting nervously at the airport.

Curtis Zahnd (pictured second from right) came face-to-face with mom Judy Adler(right) at Kansas City International Airport on Wednesday for the first time in 50 years. Zahnd brought along his wife and two children for the emotional reunion

Zahn’s two children were also on hand at the airport to greet Adler, with son Cooper saying he was overjoyed to watch his dad meet the woman who had birthed him.

‘Seeing how happy he is about, it’s really good to see that,’ the teen stated.

After meeting with her biological son, Adler sat down with KQ2, where she said the reunion was ‘like heaven’.

‘I mean, nobody would have thought that this would ever happen. You know, things like this just don’t happen, and they did!’ 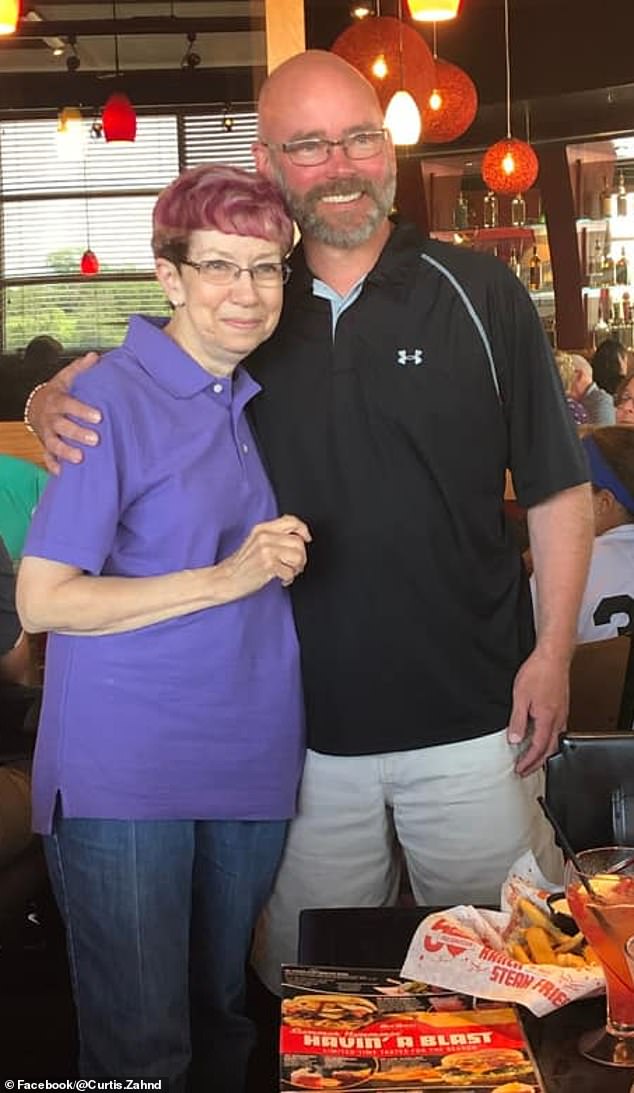 Adler described the reunion with her biological son as ‘a dream come true,’ 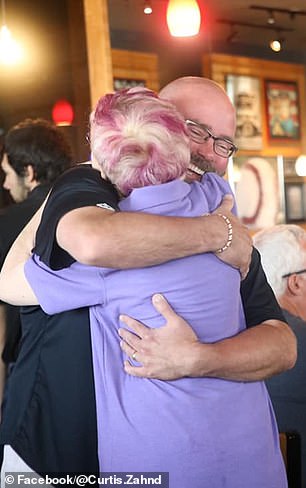 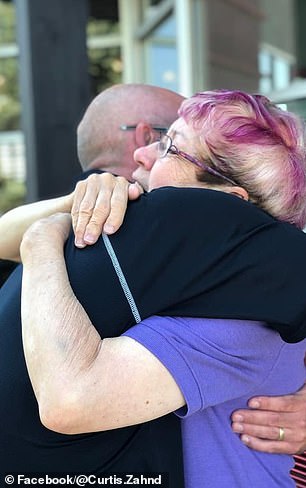 Adler revealed that after Zahnd tracked her down, they initially began exchanging letters.

However, they soon took began texting and making phone calls, before deciding that they should meet in person.

‘I’ll be honest with you, if somebody told me today six months ago that I was going to be sitting in my son’s house on Thanksgiving Day I would have laughed in their faces, ‘ Adler told KQ2.

‘But I woke up this morning and that’s where I’m at!’ 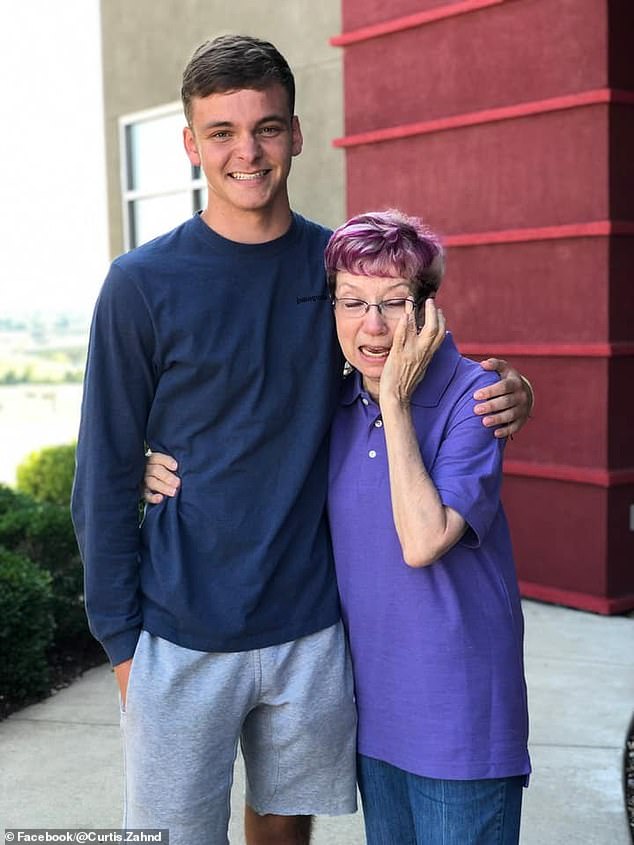 Adler appeared overwhelmed to spending time with her biological son’s family. She is pictured with grandson Cooper, who said it had been wonderful to watch his dad reconnect with his birth mom

Zahnd told KQ2 that he feels no ill-will towards Adler for giving him up for adoption, revealing that he had been taken in by a wonderful family.

‘If you know somebody who has to, or if you ever have to give up a baby for any reason I think that adoption is the answer, he explained.

‘I thank [Judy] for giving me that opportunity to be accepted by another family because I had a great childhood – my [adopted] mom was a rockstar.’ 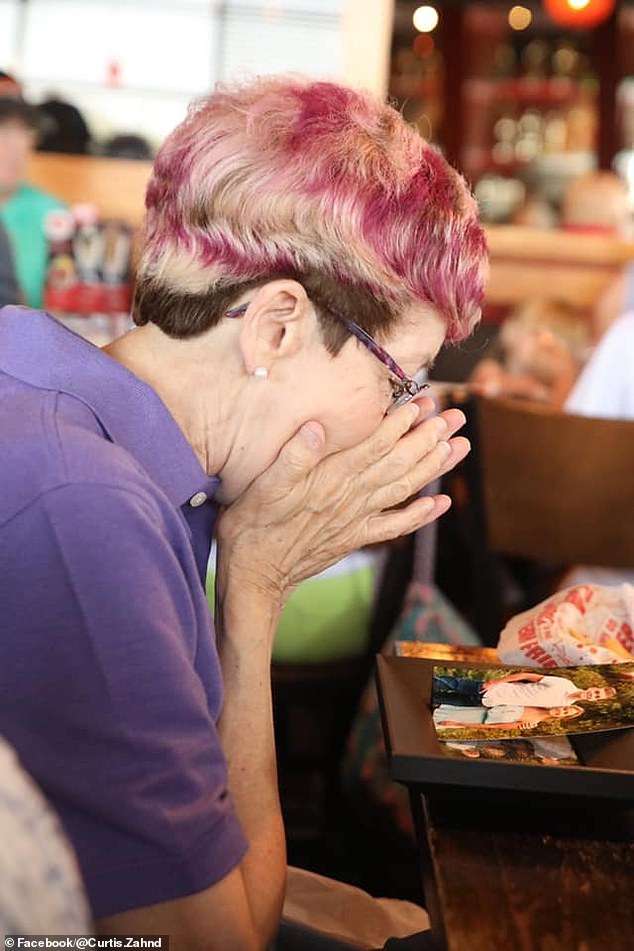 if somebody told me today six months ago that I was going to be sitting in my son’s house on Thanksgiving Day I would have laughed in their faces, ‘ Adler told KQ2. She is pictured looking through photographs of her son’s family