The banknotes you DON’T want in your pocket: Cashier shares his tips to tell if your money is real after man is scammed out of $700

A Gumtree seller has warned people about the dangers of fake bank notes after he was scammed out of $700.

The man had sold a television before sharing a picture of the fraudulent cash on Reddit and warning others about the risks involved with selling privately.

The Melbourne man said he’d already reported the incident to the Australian Federal Police but according to legislation he won’t be reimbursed if the money is fake.

‘I had to fill out an AFP form so it will most likely go to them with the notes,’ the man wrote.

‘There is video footage of the scumbags since this happened in my apartment lobby so fingers crossed.’

Some Reddit users, who claimed to have experience on counterfeit money, shared their advice on how to recognise a fake note.

‘If anyone is wanting to know, possibly the quickest way to check if notes are real is to scrunch it up. If it’s real it will snap back into shape,’ one user wrote.

‘Also UV light makes parts of them glow,’ another added. 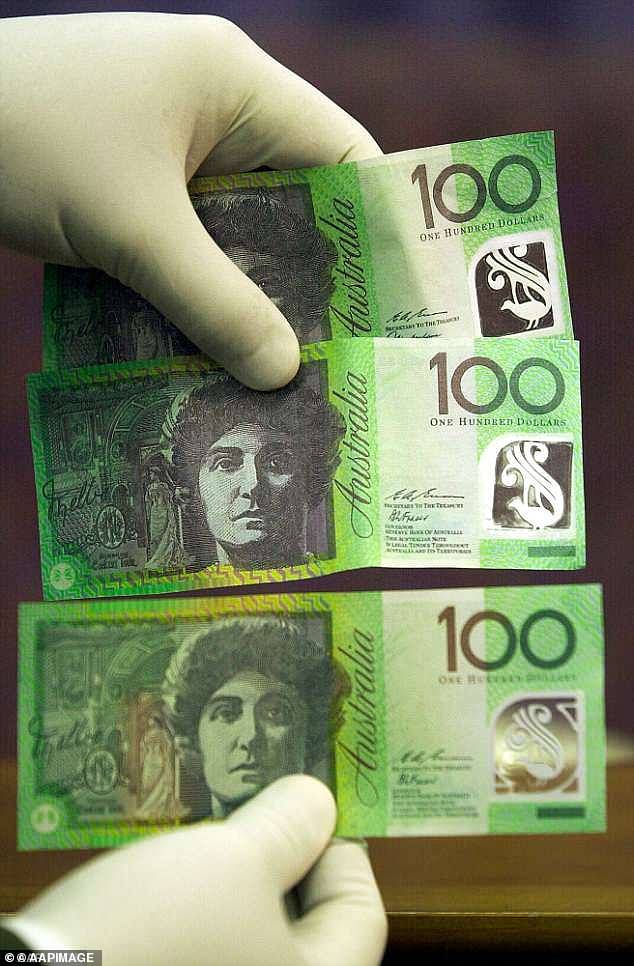 ‘One trick I learnt working at KFC, if you shine the note at a light or sun, the star on the bottom corner should be complete,’ another replied.

According to the AFP the best way to identify real bank notes is to hold them against the light to see the Australian Coat of Arms and the seven-pointed star.

However with older currency a person should be looking for the holographic bird’s wings to move and change colour.

If none of these features are present on your bank note than it could be a fake and you should report it to the AFP immediately.

If the AFP deem the Gumtree seller’s $700 to be real it will be sent back to him but if the notes are proven fakes he will not be reimbursed.

Check clear window is part of the banknote

Use a UV light to see features fluoresce.

Tilt to see the bird’s wings move and change colour, and the number change direction

Use a UV light to see features fluoresce.