Man, 37, is stabbed to death and four more are injured in a house in Birmingham ‘following a family dispute over land in Pakistan’

A 37-year-old man has been stabbed to death and four others were injured following an attack in a suspected family feud over land in Pakistan.

Officers rushed to Wilton Road, Sparkhill, in Birmingham just before midnight after being called just after 10.40pm.

A 35-year-old man was found inside a house on the street with serious stab wounds and is in a critical condition in hospital.

Three other men, two in their 30s and one in his 40s, also suffered injuries that West Midlands police said were not serious.

The bloodletting took place less than half a mile away from where Malik Hussain, 35, was fatally stabbed two months ago. 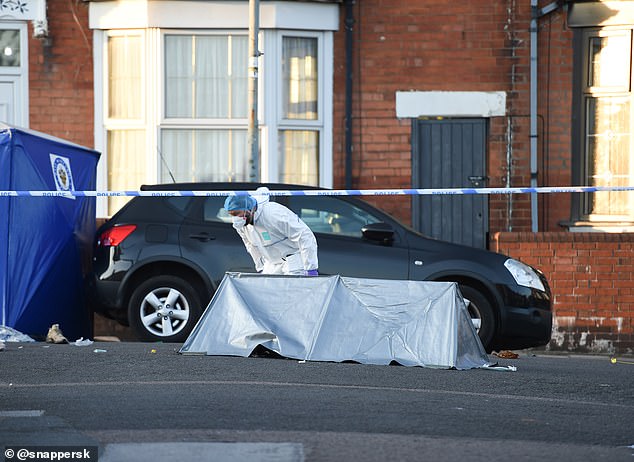 Shocking pictures show a bloodstained front door, police blue lines and a blue tent with a single brown trainer outside.

The body remains under the blue tent as forensic teams search the area for clues. Police have made one arrest following the murder.

Residents said that the attacker left a house opposite the home of the man who was fatally stabbed to death, and entered his home.

After an argument the man staggered out with wounds. Two others rushed to help him but were also stabbed, before the attacker was knifed as well.

A video posted on social media last night shows police crowding onto the street in Birmingham last night as the area was lit up by blue sirens. 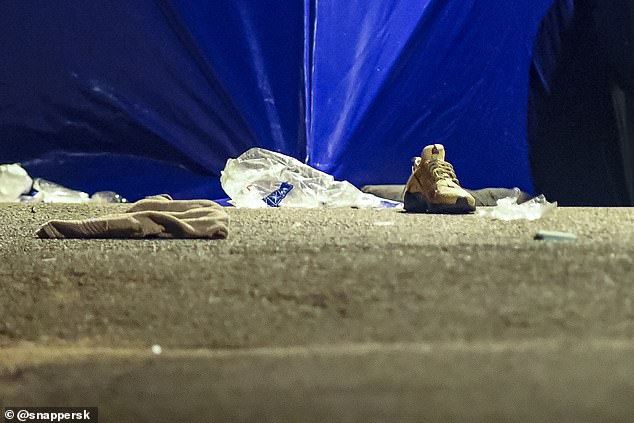 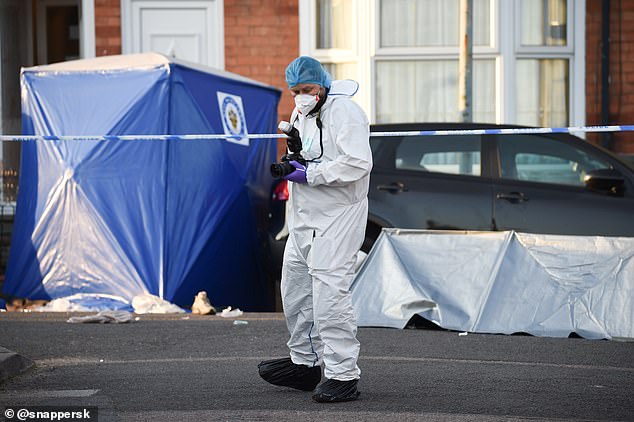 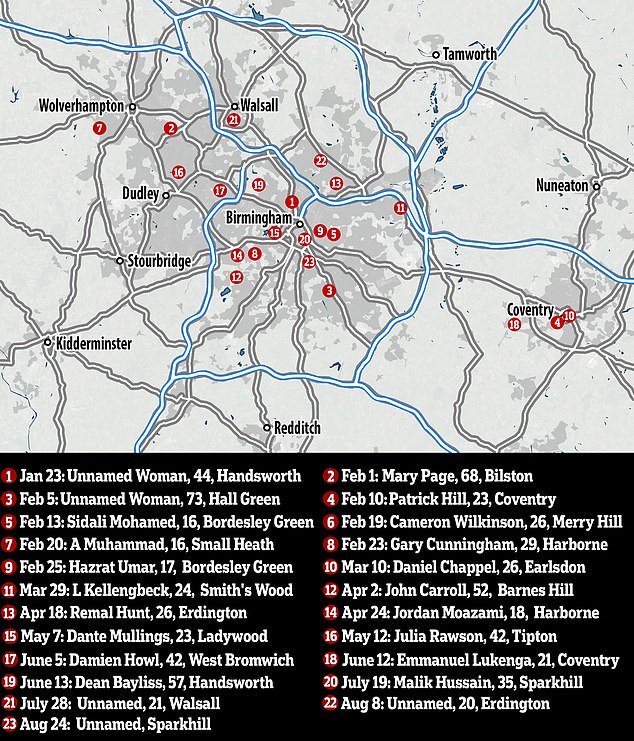 The family feud has allegedly been caused by a dispute over land in Pakistan, according to a neighbour.

Mr Hussain was stabbed twice on Baker Street, Sparkhill, on July 12 this year. Haseeb Mirza, 25, from the nearby Small Heath area has been charged with his murder.

A 25-year-old man, Haseeb Mirza, who was arrested on suspicion of assisting an offender has been released pending further investigation.

As many as 23 people have been murdered in Birmingham this year.