Man is stabbed to death at an east London shopping centre

A man has been stabbed to death at an east London shopping centre in another night of bloodshed in the capital as police investigate eight gun and knife murders in a week.

The young man, believed to be in his early 20s, was found suffering from stab wounds at the Stratford Centre.

Emergency services rushed to the scene at 9.30pm and the man was pronounced dead at the scene.

The Metropolitan Police have launched a murder investigation and have appealed for witnesses to come forward.

This is the latest incident in a week of bloodshed, which has seen police probe eight knife and gun-related murders since last Wednesday.

Emergency services rushed to the scene at 9.30pm and the man was pronounced dead at the scene

Scotland Yard said the Homicide and Major Crime Command had been informed of the Stratford killing.

‘Formal identification awaits and a post mortem examination will be held in due course,’ said a spokesperson.

The victims next of kin have not yet been informed and no arrests have been made.

On Monday, two men were knifed to death in the capital in separate attacks.

A man in his 40s was killed in Walthamstow, while a second man died after turning up at a west London hospital with stab injuries. He was believed to have been injured in Southall.

Last Wednesday a carpentry student was shot dead in a parked car after he was approached by a gunman, who fire several shots through the window.

Joseph Williams Torres, 20, was sitting in a parked car in Walthamstow, east London, when he was targeted by the gunman. 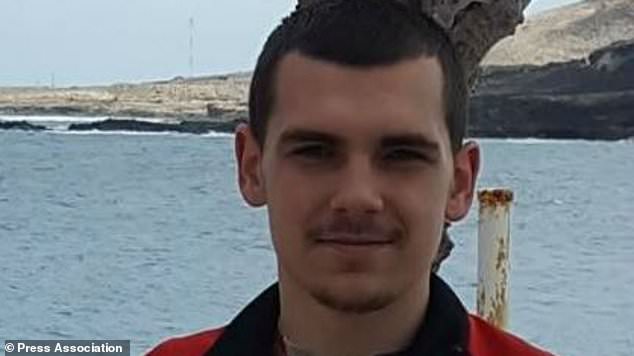 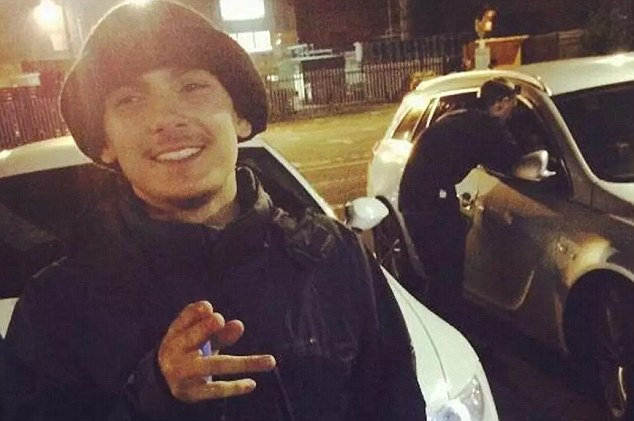 Joseph Williams Torres (pictured), 20, was sitting in a parked car in Walthamstow , east London, when he was targeted by the gunman

The ex-Waltham Forest college student was treated by paramedics, but died on his way to hospital.

Other shooting and stabbing murders in the past week took place in Hackney, Houslow, Enfield and Chadwell Heath