‘Now THAT’S fast food!’ Man is wiped out by a deer in McDonald’s car park yet insists he didn’t even spill his drink

A man was wiped out by a deer while carrying his drink out of McDonald’s but insists he didn’t spill a drop.

CCTV footage shows the couple strolling across the car park with their drinks in hand. 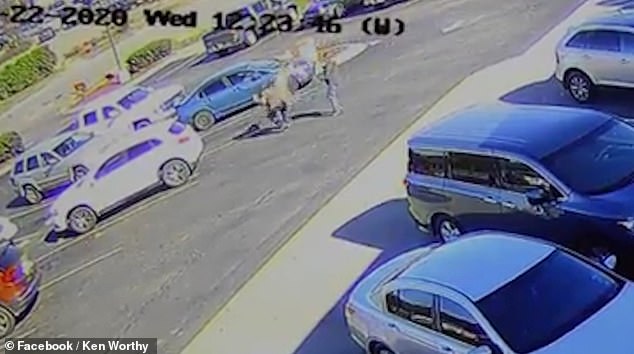 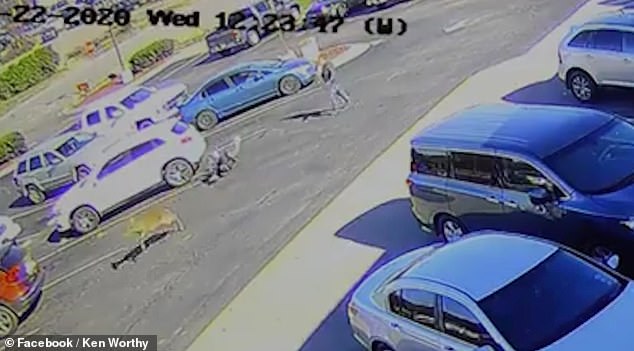 Suddenly, a deer canters across the car park before leaping at Ken and sending him crashing to the ground.

His wife Deanne rushes over to Ken who stumbles to his feet – still carrying his takeaway Coca-Cola.

The shaken couple look around them in shock to see where the deer has escaped after the incident on January 22 at 12.23pm.

Ken posted the bizarre clip on Facebook captioned: ‘Many of you have heard about this now you get to see it. 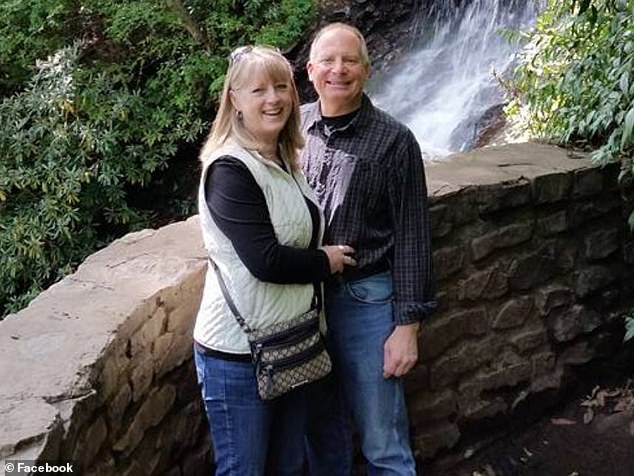 Ken Worthy and his wife Deanne were walking across the McDonald’s carpark in Locust, North Carolina

‘Last Wednesday at about 12:30 in the afternoon, Deanne and I were walking out of the McDonald’s in Locust, North Carolina, with Cokes in hand.

‘What happened next I would have never believed. Life is crazy sometimes. God is good all the time! Not injured.

‘Please share this it is unbelievable! PS: Didn’t spill my coke!’

People commented on the footage and were left gobsmacked that Ken walked away uninjured.

Ken stated he was ‘not even sore the next day’ after the deer slammed into him.

‘Wow! If he had hit you straight on, we would not be here to laugh about it!’