Man killed by car outside Aldi was married with two kids

PICTURED: Good Samaritan mowed down and killed while helping an elderly lady with her groceries at Aldi – leaving his shattered wife to raise their two kids alone

The man who tragically died after being mowed down by an out-of-control car has left behind a heartbroken wife and two children.

Scott Brownridge, 51, was helping an elderly woman pack her shopping outside Aldi when a Toyota Corolla struck him at Kingston Central Plaza in Moorabbin, Melbourne, at about 1pm on Wednesday.

Heartbroken friends have launched a fundraiser to help support the devastated family to prepare his funeral.

Mr Brownride was helping an elderly woman pack her shopping outside Aldi at the Kingston Central Plaza (pictured) in Moorabbin, Victoria when a Toyota Corolla driven by an 83-year-old struck him

‘He was a loving, genuine, smart man and always bring a smile onto people’s face everyday without fail,’ the fundraiser reads.

‘We are here to show our love and support to his wife Tammy, nine-year-old daughter, Shakima and four-year-old son, Zane during tough times like this.

‘If you guys could help by donating some money to his family, I think that’s the least we can do to help since we are not able to attend his funeral due to covid 19 restrictions.’

The Help Scott Brownridge Family fundraiser has already exceeded the $25,000 goal and reached $34,373 in just one day.

Mr Brownridge’s brother-in-law, Ariel Bud, said he will be ‘desperately missed’ as the family comes to terms of the heartbreaking loss.

‘Scott’s infectious sense of humour and sharp wit reflected his deep intelligence and thoughtfulness…always quick to help,’ he told the Herald Sun.

‘He was completely devoted to his life partner Tammy and was a superhero to his two beautiful children Shakima and Zane.

‘Scott will be desperately missed by his family, friends, workmates and everyone who had the good fortune to have been a part of his life cut short so suddenly.’ 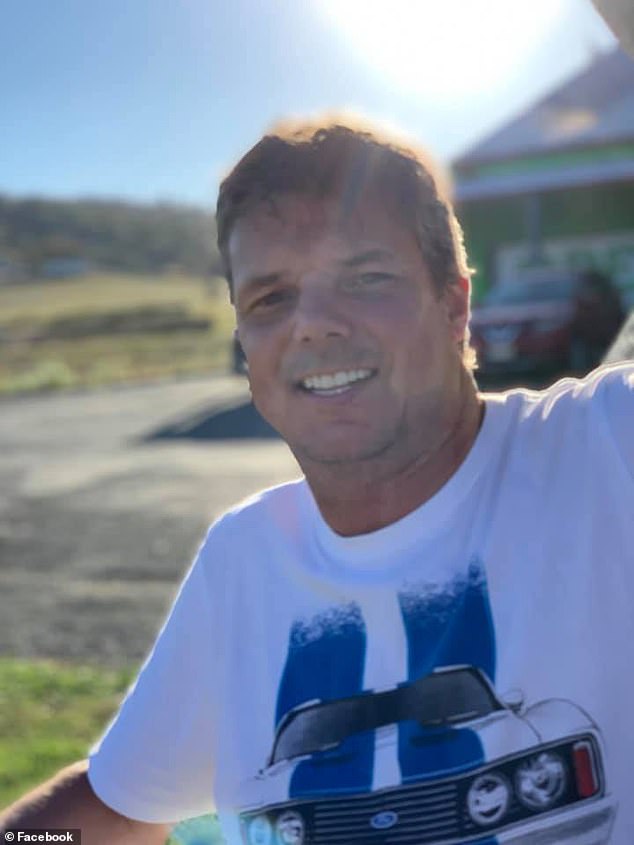 Police questioned the 83-year-old Corolla driver who was with a 76-year-old female passenger.

A witness said the driver had accelerated onto the footpath outside the store.

‘It’s terrible…they sped up onto the path and hit him as they tried to come down,’ a witness said.

Another witness said the victim’s face had turned ‘blue’ as he lay bleeding on the footpath.

‘He had a big gash on his head… people were trying to lift him up, it was terrible,’ she said.

Anyone with information or dash cam footage is urged to come forward or contact 1800 333 000.