Alexander Villaluna said he was ‘blinded by my love for her’ when he knifed his ex-partner and violently murdered her new date as they dined at a Sydney restaurant.

Later when asked if he wanted to write a letter of apology to the dead man’s family, his initial reaction was: ‘I could never do it because I am still angry at what happened to me’.

‘I can’t even read my devotional books for the lord,’ he continued in his statement, which was read out by his barrister Angus Webb at his sentence hearing in the NSW Supreme Court on Friday.

The 45-year-old previously pleaded guilty to murdering Keith Collins, 53, and wounding nurse Jovi Pilapil, 39, with intent to cause her grievous bodily harm on the evening of March 30, 2016.

The divorced father of four children and three step-children was on his first date with Ms Pilapil at the Kangan restaurant, at the Hornsby Westfield shopping centre, when he was stabbed 12 times.

In his written ‘apology’, Villaluna cited passages from the Bible, saying he had forgotten to love God with all his heart and offered his ‘deepest sympathy and condolences’ for ‘the family of the slain’. 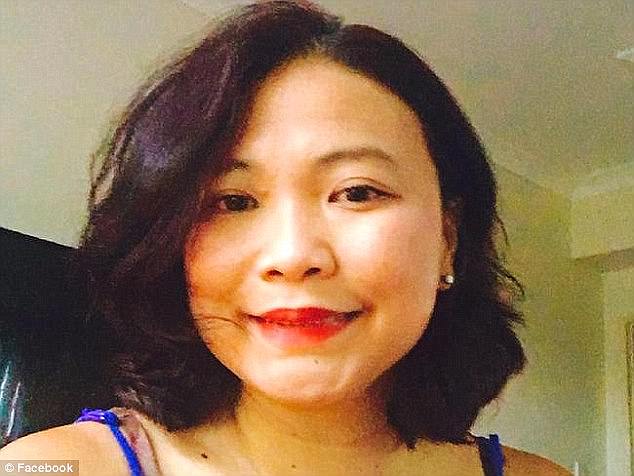 Jovi Pilapil (pictured) was stabbed by her ex-husband, Alexander Villaluna, while she was on a first date with a man she met via online dating site, Tinder 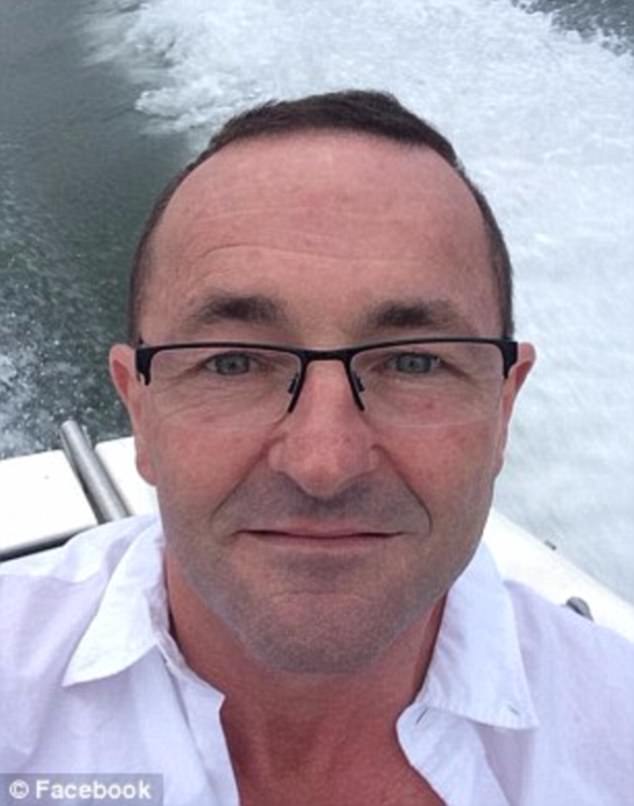 Keith Collins (pictured), 53, was stabbed to death while having dinner with Jovi Pilapil, 40, at Hornsby Westfield in March 2016 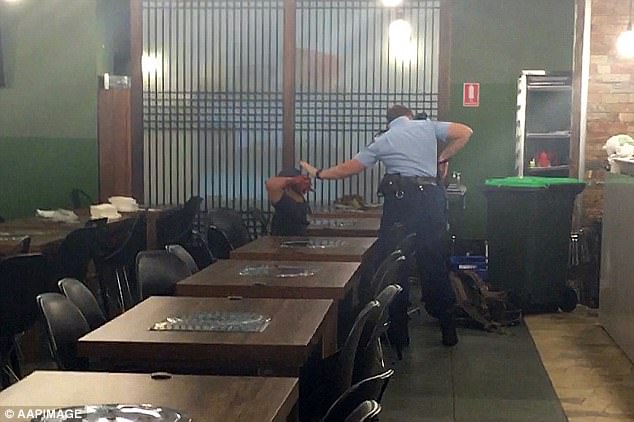 After Mr Collins fell to the ground, Villaluna stabbed Ms Pilapil twice before returning to Mr Collins and knifing him again (police are pictured at the crime scene)

‘I spilt blood but I used to give blood,’ he wrote.

‘I had donated more than a gallon and save lives.

‘I delivered babies by caesarean section here and overseas.’

Villaluna had been very possessive and jealous in his relationship with Ms Pilapil, which ended in November 2015, two months before she was granted an interim Apprehended Domestic Violence Order.

On the night of the murder, he had gone looking for Ms Pilapil, armed with a hunting knife and wearing a camouflage backpack. 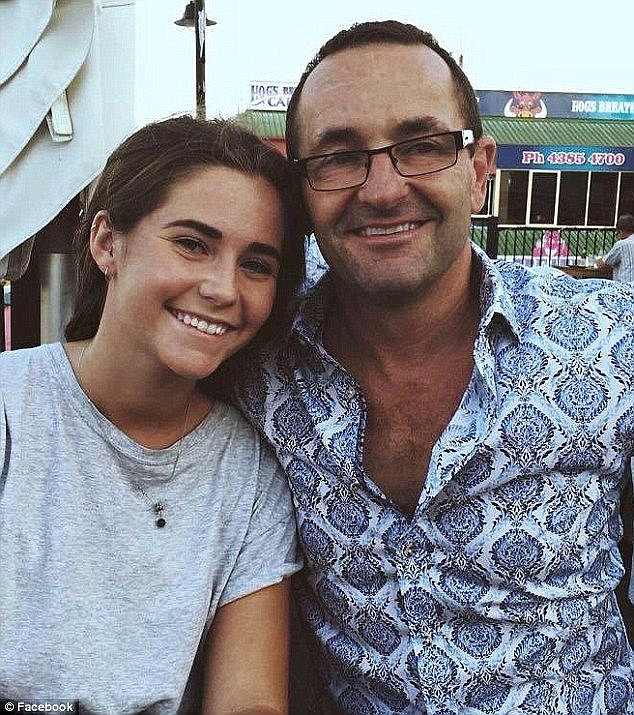 Keith Collins (right), was stabbed to death by the ex-husband of the woman he was on a first date with. He leaves behind four children and three step-children (pictured with his daughter)

Finding her at the restaurant with a man, Villaluna asked him: ‘What are you doing with my wife?’

‘The offender grabbed at his neck with his left arm and began stabbing into his right lower abdomen with vigorous underhanded thrusts,’ the agreed statement of facts said.

After Mr Collins fell to the ground, Villaluna stabbed Ms Pilapil twice before returning to Mr Collins and knifing him again.

Relatives of Mr Collins left the courtroom as graphic CCTV footage of the stabbings was played. 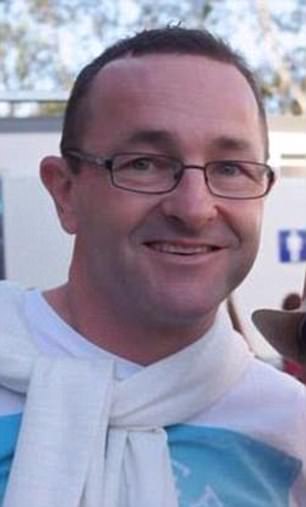 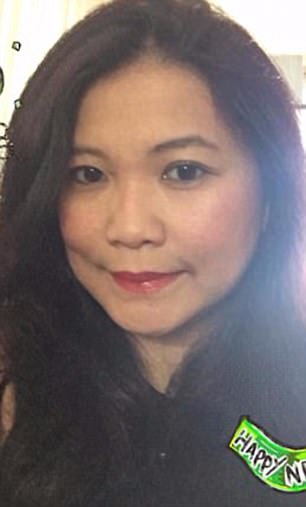 Keith Collins (left) was having dinner with Ms Pilapil (right) at Kangam BBQ restaurant at the Hornsby Westfield shopping centre on March 30, 2016 when Mr Villaluna attacked them

In her victim impact statement, Audrey Jenkins said her brother had been very community-minded, helping many young people and even intervening to help a young man who was planning to take his own life.

‘I can’t comprehend how an innocent and impromptu dinner date in a public place, where Keith didn’t make any irresponsible or reckless decisions, could result in him being killed,’ she said.

His son, Thomas Collins, said having to identify his father’s body was the single hardest thing he had ever done.

He married his wife 10 months after his father’s murder, a wedding which his father had played a huge role in planning.

It had been so important to his father that ‘I made sure he was present when I proposed’.