One man’s proposal swept his girlfriend off her feet, literally, after he accidentally knocked her to the ground mid-way through her volleyball game.

Kyle Pierce interrupted his girlfriend, Jenna Eller’s, college volleyball match at Concord University in Seward, Nebraska, on October 31 when he entered the court from the back while she was attempting to hit the volleyball.

She was running to the back of the court to hit the ball before running directly into her boyfriend, who works at the U.S. Department of Agriculture, and falling to the ground. 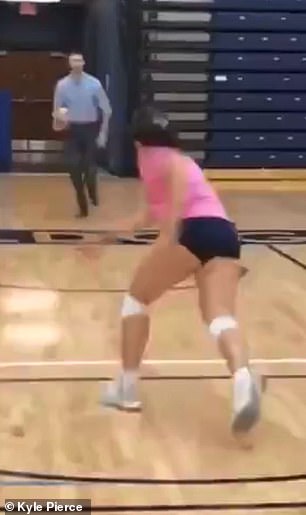 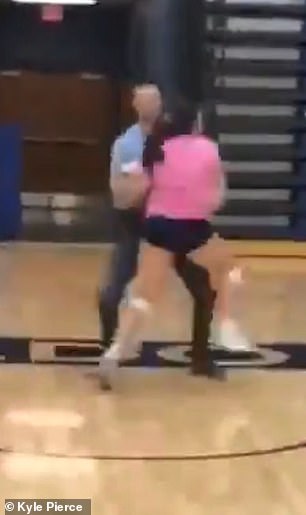 On the move: She was running to the back of the court to hit the volleyball when Kyle entered 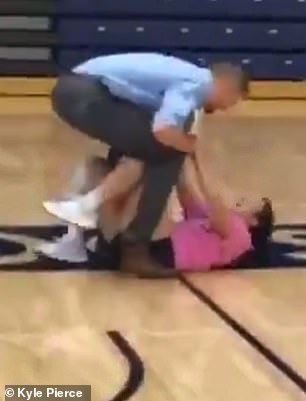 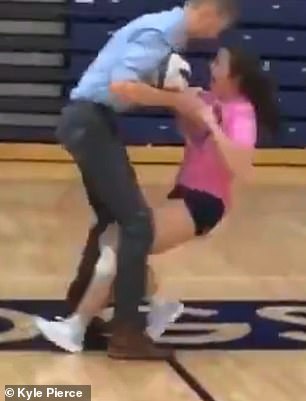 Whoops! The couple ran into each other and Jenna hit the ground

Despite the fall to the ground, Jenna seemed excited to see her boyfriend as he held a volleyball of his own in his hands.

The volleyball read: ‘Will you marry me?’

Once Kyle helped Jenna back up onto her feet, he handed her the volleyball and proceeded to get down on one knee to the shock of the player.

Jenna’s entire team can be heard in the background of the video cheering the couple on as Kyle asks her to marry him while pulling out a ring.

In the video, viewers can hear Jenna say ‘Yes’ before pulling her now-fiance to his feet to give him a hug and kiss. 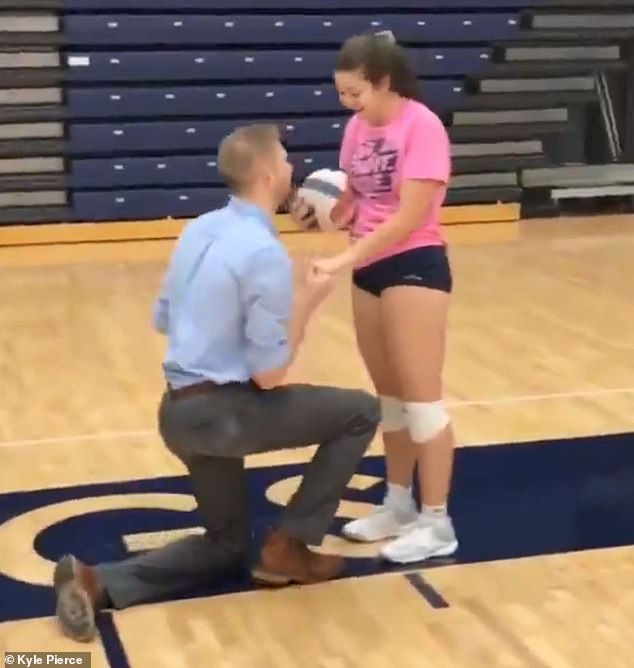 Cute: But Kyle was on the court for a reason. He dropped down to one knee and asked Jenna to marry him in front of all her team 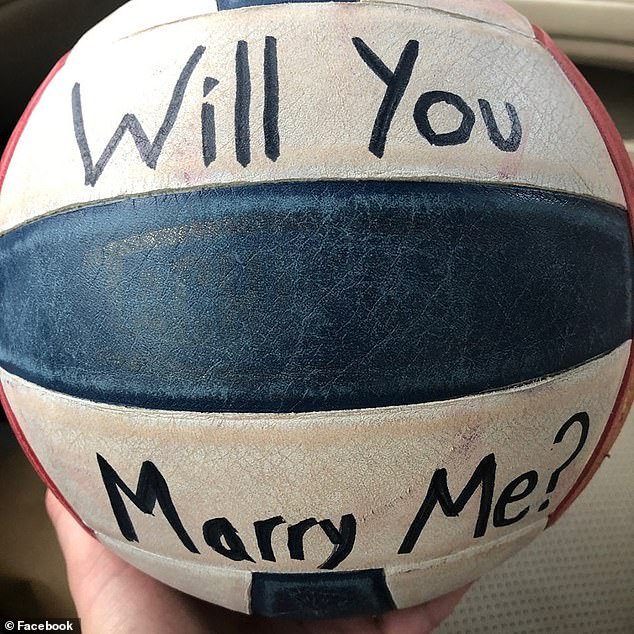 Adorable: During the proposal, Kyle also handed Jenna a volleyball with the question on it 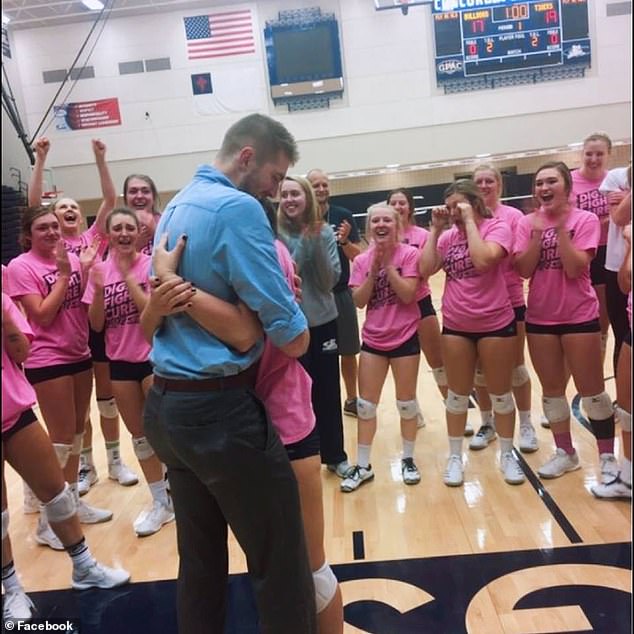 Happy: The moment was celebrated with all of Jenna’s teammates on the court 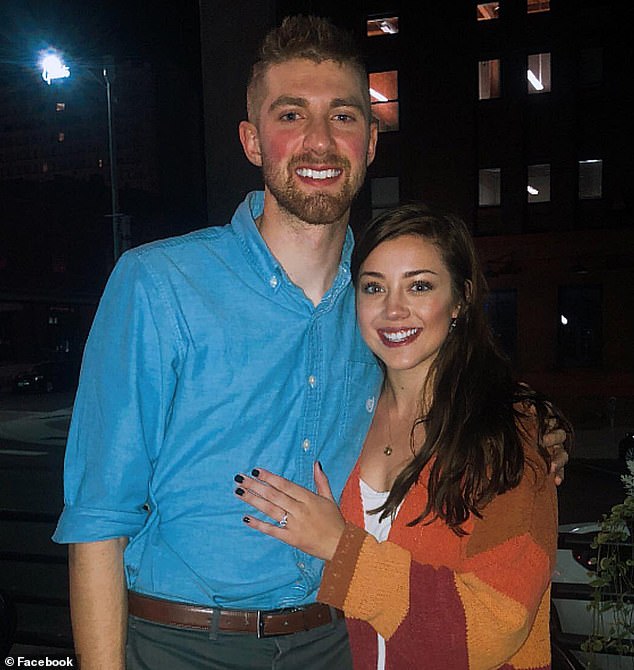 Excited: The couple shared the proposal video online and it has since been viewed by many reacting to the hilarious fall before the heartfelt moment

Kyle wrote on Facebook: ‘We’ve had a lot of memorable moments In this gym, but this one is by far my favorite. Thanks to everyone that made this happen! #wifematerial.’

The video has now racked up hundreds of thousands of views as people react to the hilarious fall before the heartfelt proposal.