A man has been left with life-threatening burns following a fire near a busy road in Sydney’s west.

Emergency services found the injured man with burns to 50 per cent of his body, according to police, at a service station along Sunnyholt Road in Blacktown, Sydney at about 7.15pm on Friday.

Emergency services found the injured man (pictured) from a service station and car wash along Sunnyholt Road in Blacktown, Sydney at around 7.15pm on Friday 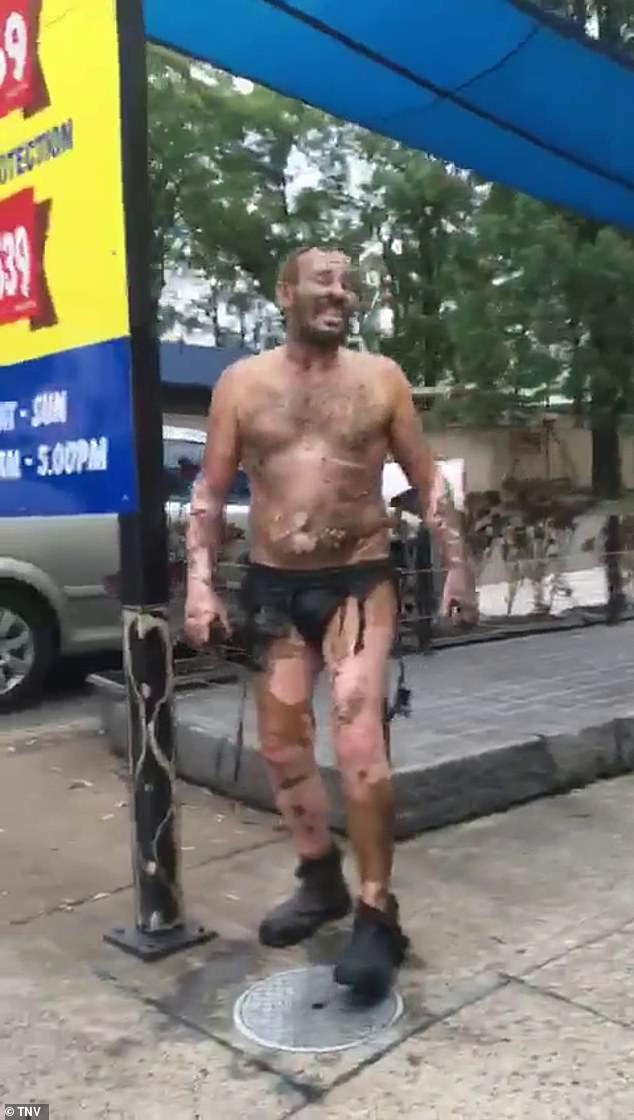 The man, who is yet to be identified, was found half naked and still wearing his boots.

His pants had been almost completely burned in the fire, expect for a few threads of material hanging from the waistband.

Unable to touch or help the man because of the burns, a horrified passer-by at his wit’s end can be heard asking if an ambulance has been called.

With the sound of sirens in the distance, the burned man can be seen dragging his burned flesh around the station.

So tired from keeping himself up he leans his head against a sign.

As the emergency vehicle tries to pull into the station, a white Ford is seen blocking the driveway.

While that happens two more people come over with a bottle of water and can be seen trying to convince him to drink from it.

The Good Samaritan hovers the bottle over the burned man and makes sure it doesn’t touch his lips.

The man was later airlifted to Royal North Shore Hospital to be treated. 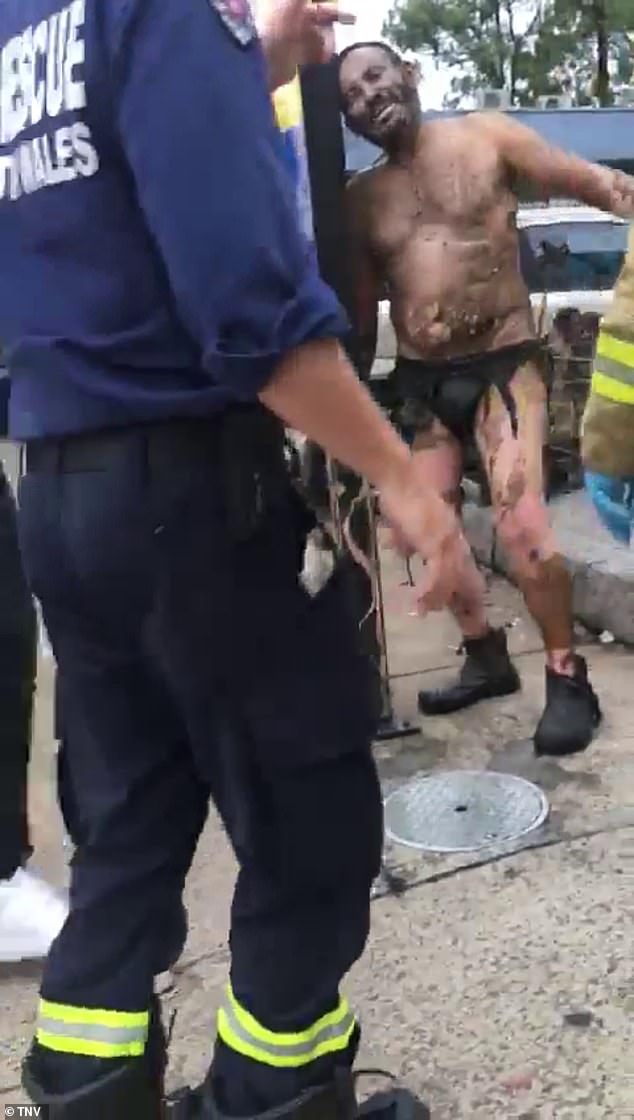 A NSW Police spokesperson said it was still unclear how the man suffered the burns.

‘It is believed to be related to a fire reported at a transformer on nearby Bessemer Street,’ they said.

NSW Fire and Rescue superintendent Adam Dewberry had been called out to a fire on the nearby street.

‘There was also concern of fire expanding to an adjoining property. Fire crews forced entry and checked on it, but it was all good,’ he told Daily Mail Australia.

Around the same time of the fire, firefighters discovered the burned man at the nearby station.

Superintendent Dewberry would not confirm the connection and said the matter was now in the hands of police.

The cause of the fire is also under investigation, and NSW police have set up a crime scene.

The man is yet to be identified and is described as being of Caucasian appearance, aged between 35 and 45, of a medium build, with dark cropped hair, and a full trimmed beard. 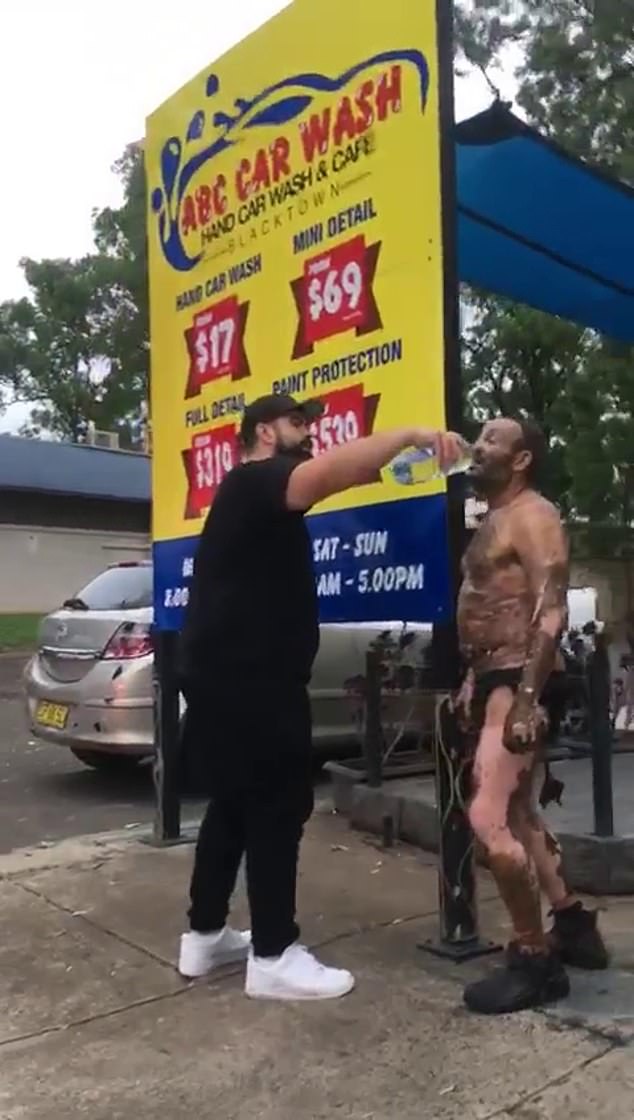 A good Samaritan (pictured) hovers a bottle of water above the burned man’s mouth so he can drink, and makes sure the bottle doesn’t touch the burned man