Courtney Lawrence, 30, dubbed ‘Murder,’ has pleaded guilty to second-degree felony murder in connection to a 2016 armed home invasion in Florida that left a man dead

A Florida man named Courtney Lawrence – who goes by the nickname ‘Murder’ and has his nom de guerre tattooed across his neck – has pleaded guilty to a count of murder in the 2016 armed home invasion that left one of his accomplices dead.

Lawrence, 30, and several other people broke into a home in the 700 block of 64th Avenue East in Bradenton on the night of May 4, 2016, confronted a man living there and demanded cash.

The victim was armed and exchanged gunfire with the intruders. During the gun battle that ensued, the homeowner, Lawrence and his accomplice Emanuel Johnson, 27, sustained gunshot wounds, reported Miami Herald.

When the victim’s wife returned home, she found her husband and Johnson lying injured on the property.

Both men were rushed to a hospital, where Johnson succumbed to his injuries.

It did not take police long for to zero in on Lawrence as a suspect in the botched home invasion after he was dropped off by his uncle at a nearby hospital seeking treatment for multiple gunshot wounds. 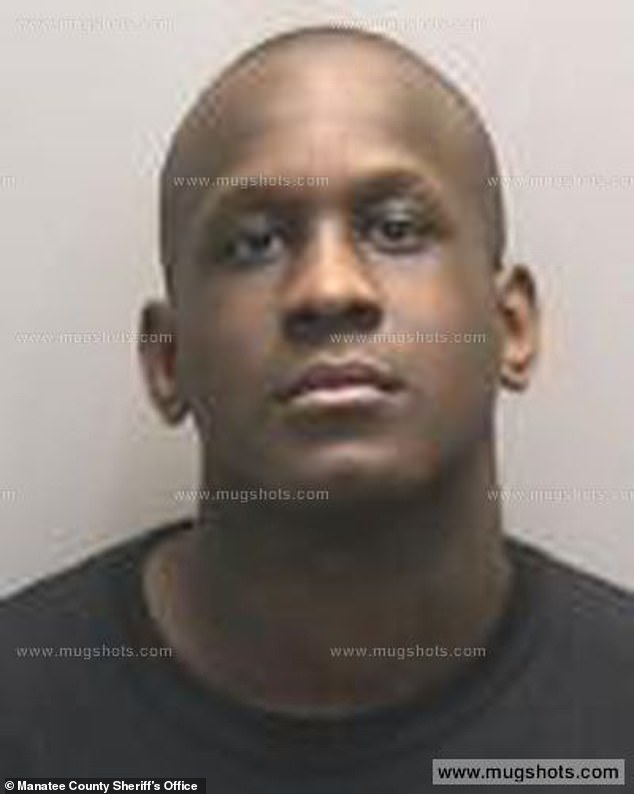 Lawrence’s accomplice Emanuel Johnson, 27 (pictured), was shot and killed by the owner of the house they were trying to rob

According to investigators, Lawrence admitted to his uncle that he got hurt during an armed robbery in which an accomplice had been fatally shot.

According to Florida law, felony murder is defined as the killing of another human being during the commission or attempted commission of certain felonies. Everyone involved in felony has the potential to be convicted of first-degree murder, even those who did not participate in the killing.

First-degree felony murder carries a life sentence without the possibility of parole or the death penalty. As part of his agreement with the prosecution, Lawrence was allowed to plead guilty to the lesser charge of second-degree murder. 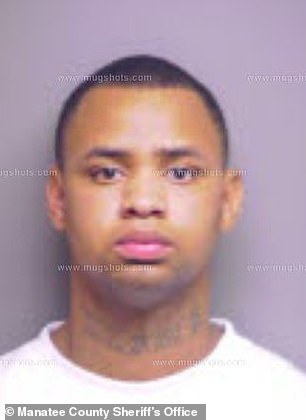 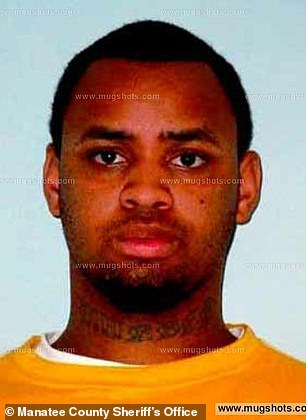 Lawrence, who has ‘Murder’ tattooed across his neck, has a long criminal record that includes past convictions for armed robbery, grand theft and burglary (pictured in old mugshots)

He was immediately sentenced to 40 years in state prison. Lawrence will be required to serve at least 10 years before he becomes eligible for parole.

Lawrence’s past criminal record dating back to his teenage years includes multiple convictions on charges of armed robbery, grand theft, burglary, and sale or delivery of a controlled substance.