A Canadian man has pleaded guilty to offering unlicensed circumcisions out of a cabin in the woods after claiming he had trained in pediatric urology.

Joshua Chubbs, 23, kept his head down as he left a provincial courtroom in Newfoundland and Labrador in Harbor Grace, Canada, on Friday.

Chubbs was accused of offering to perform an unlicensed circumcision on a seven-year-old out of his home in the woods, claiming he had training in pediatric urology.

He pleaded guilty to the charge of advertising the circumcision service but denied he actually followed through with operations, despite claims he had performed 50.

Chubbs was charged in February in regards to advertising circumcision services and also practicing without a medical licence, however the latter charge was dropped.

Joshua Chubbs, 23, pleaded guilty to offering unlicensed circumcisions in Canada on Friday after he was charged in February. He had contacted a woman over Facebook and said he could perform a circumcision on her son, seven

An unnamed woman came forward to CBC News in March with the tale of how Chubbs allegedly approached her over Facebook and offered to circumcise her son.

The woman said she had posted a routine status that mentioned her children, including her seven-year-old son, and later received a message from Chubbs.

He had allegedly asked the woman about her son’s genitals, inquiring if he had any infections that might need a procedure such as a circumcision or a frenulectomy.

She said to the news outlet: ‘To say the conversation took a strange turn is a bit of an understatement.’

Chubbs allegedly said that he had training in pediatric urology and had ‘dealt with lots of boys who have had issues.’

According to messages, Chubbs reportedly wrote: ‘I don’t want you to think I was a creep, I am trained.

‘I did finish my course, got all my papers, it’s not illegal, I am trained. I just don’t work for the hospital, which is why I don’t broadcast, but it’s legal.’ 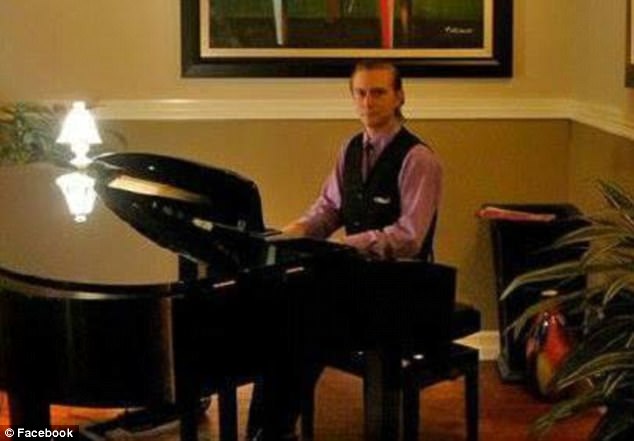 Chubbs allegedly asked the woman inappropriate questions about about her son’s penis. He claimed he was trained in pediatric urology and performed at least 50 procedures

Chubbs allegedly claimed that he had done more than 50 procedures and referred the woman to a mutual adult friend who had a frenulectomy operation by Chubbs.

The man confirmed the operation was successful and that he had no further complications from the procedure, according to CBC News.

The woman said: ‘At this point I had Googled the length of time it takes to become a pediatric urologist, and he hasn’t even been out of high school that long.

‘It red-flagged a lot of stuff for me, because God forbid there would actually be somebody too embarrassed to take their child to a doctor who would take them to a friend who was clearly not certified to do these things.

She continued: ‘I was absolutely horrified. So I knew then that this was something that needed to be brought to a higher power’s attention.

‘It’s a scary thought to think this is going on in a cabin in the woods.’

Chubbs’ actions were called ‘profoundly dangerous’ by the court but officials suggested a $2,500 fine and probation would be a worthy sentence. 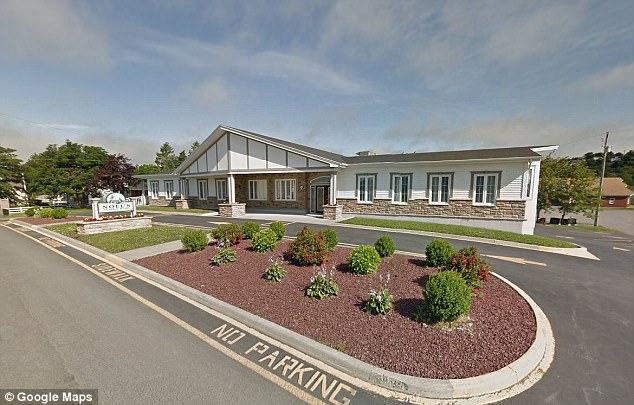 Chubbs was working as a mortician at Noel’s Funeral Home in Carbonear (pictured), but did not finish his apprenticeship to become certified