Detectives in Los Angeles are treating a seemingly random knife attack on a 63-year-old man as attempted murder.

Investigators have just released surveillance video that shows the younger man stabbing the older man during a seemingly random attack at a donut shop in Maywood, Los Angeles, earlier this month.

The incident happened around 3 p.m. on February 10 at a Yum Yum Donuts at Atlantic Boulevard and Slauson Avenue, as reported by KTLA 5. 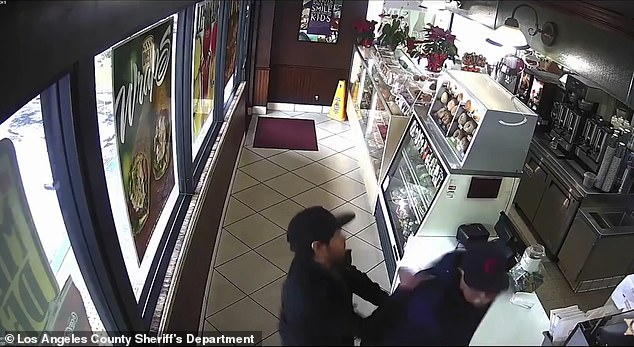 The video shows the victim standing at the counter.

The suspect comes into the store and stands behind him for around a minute with no apparent interaction.

The younger man is suddenly seen brandishing a knife and lunges at the victim from behind stabbing him three times.

The man then leaves the store, briefly pausing to look back at his victim. 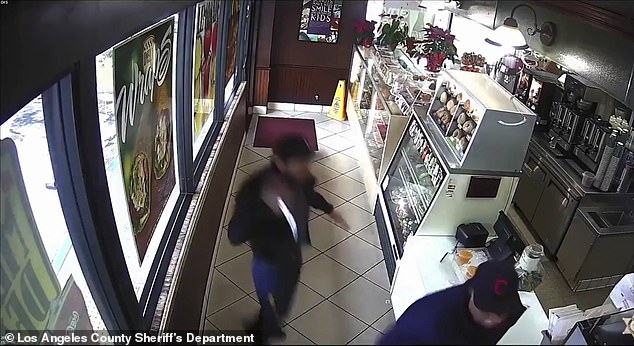 The older man was taken to a nearby hospital, he is expected to recover from his injuries 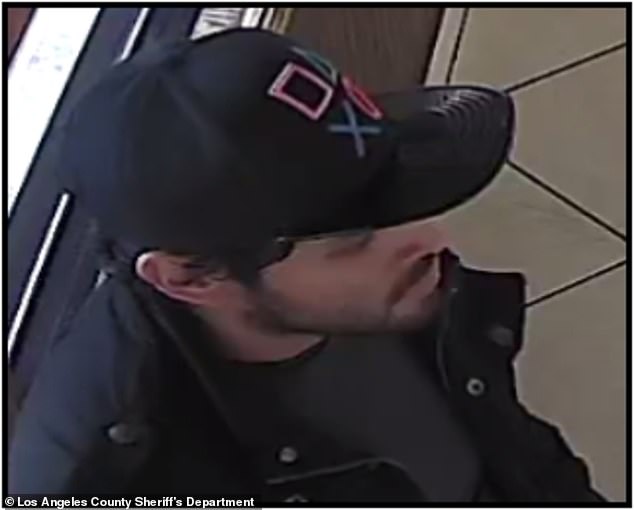 The attacker is described as a Latino man between 25 and 30 years old. He is around 5 feet 6 inches tall and has a beard.

He was wearing a black jacket, blue shirt and blue sweatpants.

He was also wearing a distinctive black baseball cap decorated with the shapes associated with a Sony PlayStation controller.

The victim was treated for injuries at a nearby hospital and is expected to recover, according to officials. 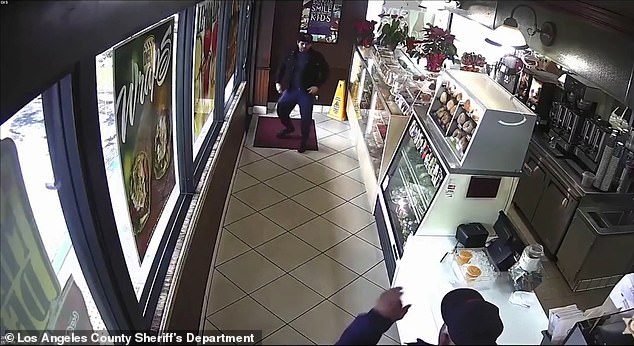